Energy Prices Stumble Into The Weekend

Energy prices are stumbling into the weekend after an impressive bounce-back Thursday seemed to stem the tide of selling. U.S. equity markets have followed a similar pattern, rallying sharply after heavy selling, following the FED’s announcement that it would roll back part of the Volcker rule that restricted banks from certain trading activities.

The weekly action has been rough for refiners as gasoline took the hardest hit, adding further pressure to crack spreads that are already treading in troubled waters. The forward curve charts below suggest that the market is expecting those margins to improve slowly over time, but at the current rate of demand recovery, prices suggest a challenging environment for the next nine months.

The EIA this morning reported that the U.S. reached new record for refining capacity at the start of the year. This report of capacity is less relevant than normal half way through the year, as it includes both the PES refinery capacity – even though it’s been closed for a year – and the Holly Cheyenne facility that’s being converted to RD production. The report did note the Limetree bay (FKA Hovensa) plant was reactivated last year, which is counted in the rarely mention PADD 6.

As U.S. oil output and refinery capacity has grown, the industry has been shifting away from the Cushing, OK hub, while the U.S. Gulf Coast is seeing more traffic. The race to profit from this shift goes beyond the physical markets as reporting agencies are rushing to add to the growing list of USGC based crude oil contracts vying to take share from the WTI contract.

The Dallas FED’s Energy Survey for the second quarter showed the largest drop in activity on record  at -66%, which acts as no surprise to anyone who has been awake at some time during the past three months. What was unique in this report was that the FED included a section of special questions to better understand the industry reaction to the pandemic, and the results have several surprises. For example, of the 165 oil and gas firms that responded, only five percent reported pipeline or storage restrictions as a cause for reducing their output. In addition, 85 percent expect to have their shut-in production back online in September, and nearly half expect that even in the $30 range that production will come back online. Charts fall below. 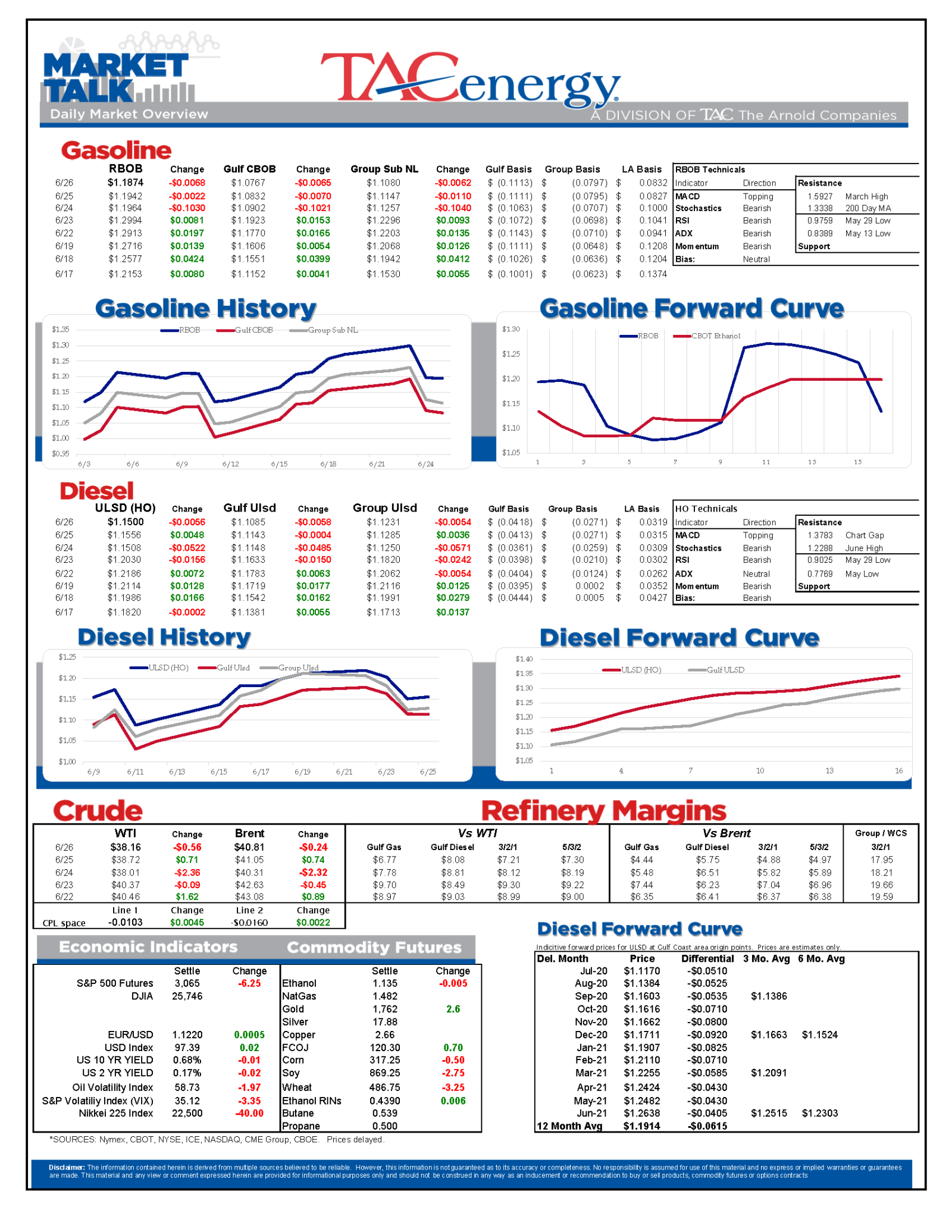 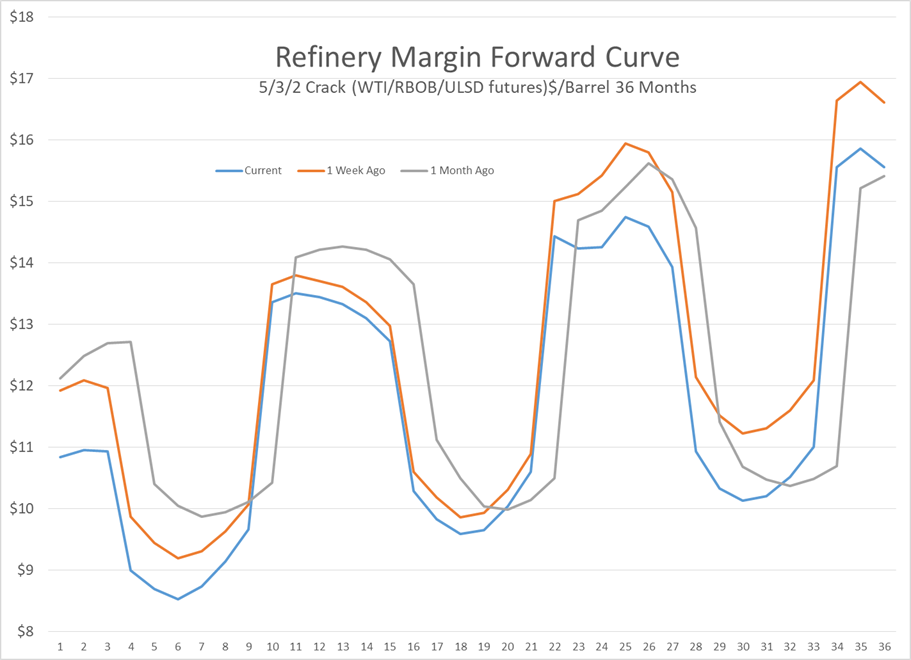 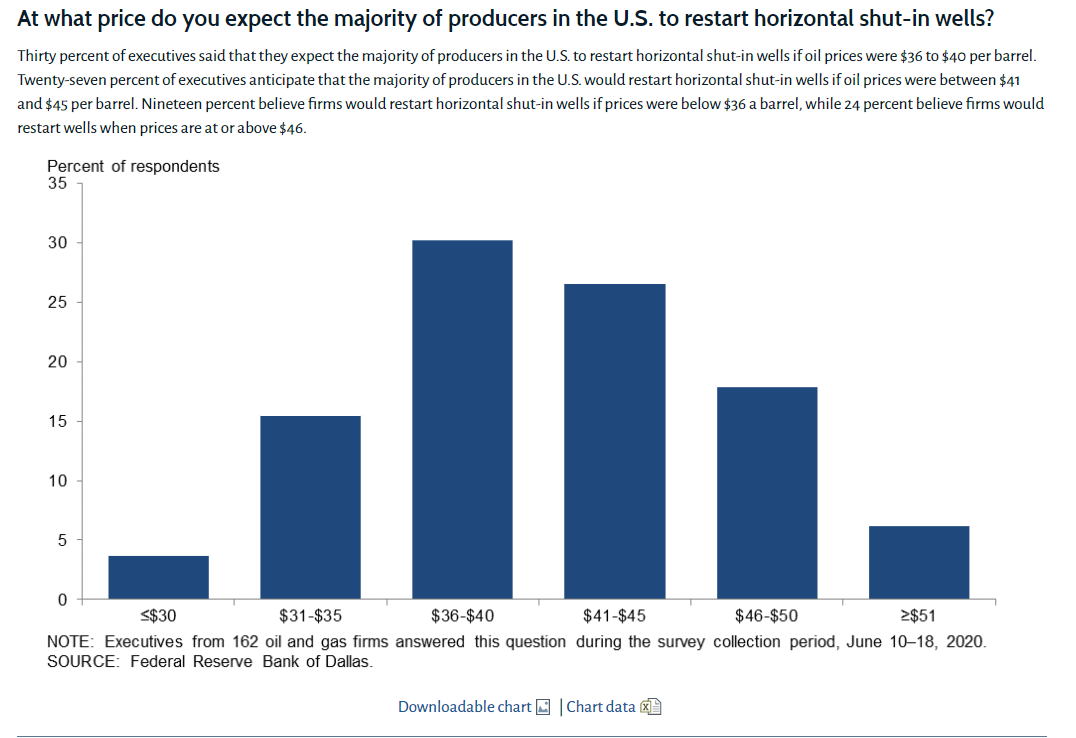