Energy prices set all sorts of records during another heavy sell-off Wednesday with crude contracts reaching 18-year-lows, diesel prices dropping below one dollar, and spot gasoline prices in most major cash markets trading around 50 cents/gallon. Uncertainty over the severity and duration of the coronavirus fallout continues to overwhelm attempts to calm financial markets with stocks pointing lower yet again this morning, which threatens to erase an overnight bounce in energy contracts.

WTI hit $20/barrel for the first time since the aftermath of September 11 yesterday, and Western Canadian crude values dropped below $10/barrel. Crude’s capitulation was a brief spot of good news for refiners that saw a much needed bounce in crack spreads after reaching multi-year lows earlier in the week.

Refiners had been expected to reduce run rates or move up maintenance to offset the expected slowdown in demand in the coming weeks, but now news reports suggest that some maintenance has to be deferred due to the logistical challenges of moving large amounts of people to perform the work in close proximity to one another. In other words, turnarounds and social distancing don’t mix.

The FED announced it was establishing a new Money Market Mutual fund liquidity facility, its latest in a string of actions this week to keep money flowing and calm financial markets.

Intervention in fuel markets is also starting to ramp up with Louisiana announcing an RVP waiver for to ease the burden on refineries annual transition from winter to summer specifications. We’ve also seen hours of service waivers for truck drivers, and expect more actions at the state and federal levels until the crisis is past.

The DOE’s weekly report showed strong demand across the U.S. last week and large declines in refined product inventories. Those figures were largely ignored however as the expected demand drop is just starting in most parts of the country as schools and businesses shut down. One other reason the DOE’s demand estimates may not carry as much weight these days: They estimated that U.S. jet fuel demand was up on the week, which is something many are having a hard time believing. 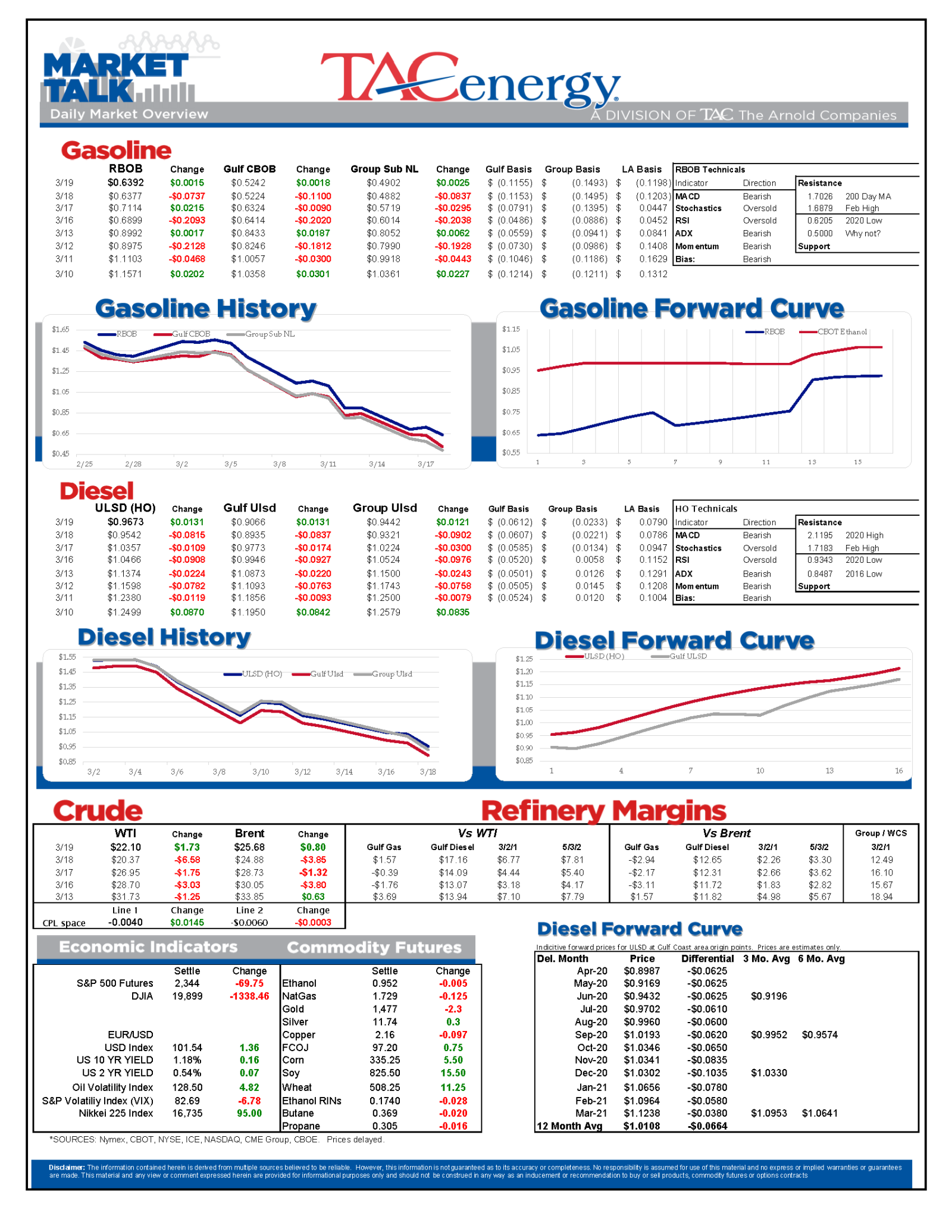 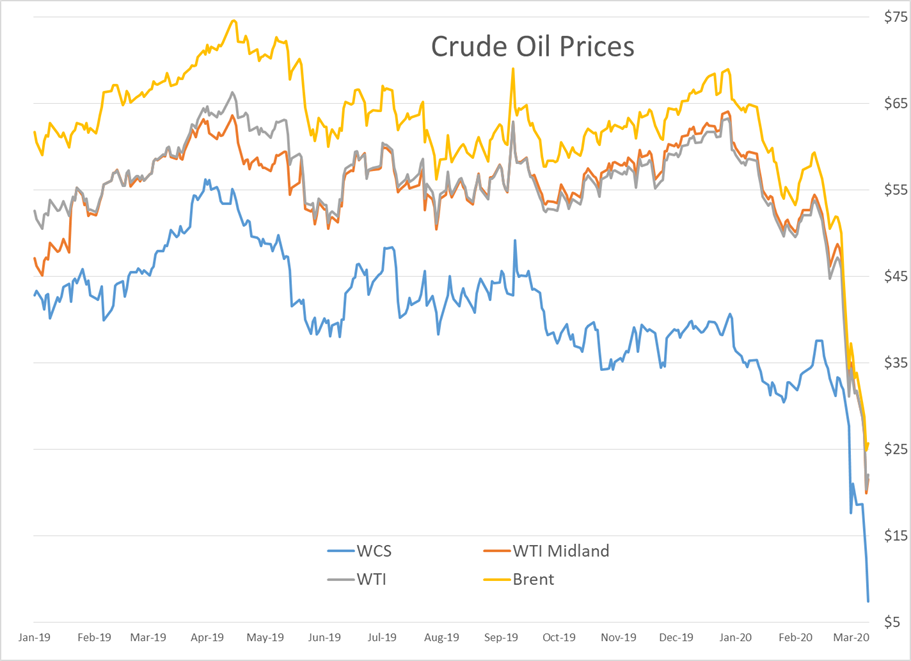 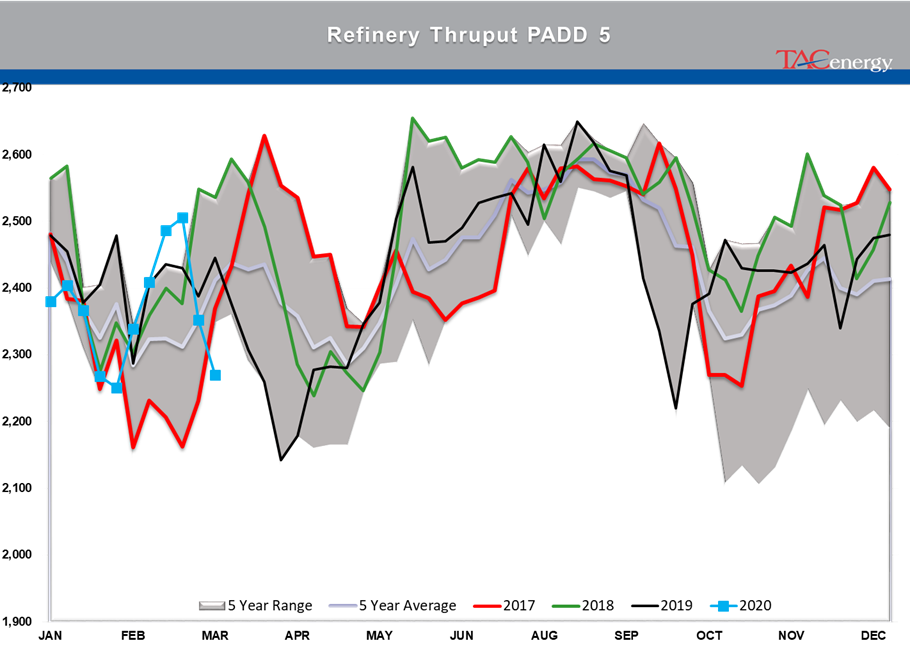