Energy prices have scored a big technical victory so far this week, rallying more than 10% after reaching five month lows Sunday night, salvaging the sideways trading range that’s going on its sixth month. Some see this bounce as a sign of a major market bottom that will propel prices another 10-20% higher in the coming weeks, while others are shrugging it off as a dead cat bounce that just delays the inevitable drop as demand looks to be sliding as new shutdowns spread in the U.S. and Europe.

Taking some of the credit for the move today, Russia is said to be in talks domestically and with OPEC about a three month extension of production cuts, after saying for weeks they would open production back up despite the new lockdowns hitting Europe. The EIA this morning noted that OPEC’s oil revenues are expected to plummet to an 18 year low this year, as voluntary production cuts led by Saudi Arabia, combined with involuntary production cuts in Libya, Iran and Venezuela, multiplied by low prices hampered the cartel’s earnings.

U.S. equity markets also seem to be helping energy futures find a bid, moving sharply higher for a second day as the election winds down. We’ll know this time tomorrow whether or not there will be a clear outcome, and expect a bumpy ride for both equity and energy prices if it’s not.

While the East Coast has been grabbing most of the headlines, West Coast basis values have shot higher in the past week thanks to a rash of unplanned refinery issues. CARB #2 diesel values have reached an eight month high during the rally, while CARBOB gasoline values reached a two-month high. Looking back however, you can see this latest jump in LA Spot values pales in comparison to the chaos we’ve been accustomed to in previous years, another sign of how the COVID-demand slump is acting as a price buffer when supply disruptions happen.

Consolidation continues: St. Louis-based Bunge agreed to sell its Rotterdam refinery to Neste, but will continue to lease back the facility for the next three years. Starting in 2024, Neste will control operations at the plant – which is adjacent to its current refinery and already has a pipeline connection between the facilities.

Zombie storm: Hurricane Eta is a major Category 4 storm about to release devastating storm surge and rain on central America today, and then is expected to return to the Caribbean and regain tropical storm strength over the weekend. Given the warm waters in that region, and the path, it looks like Florida could end up taking a hit next week before this storm is done.  Given everything else that’s happened this year, I wouldn’t rule it out. 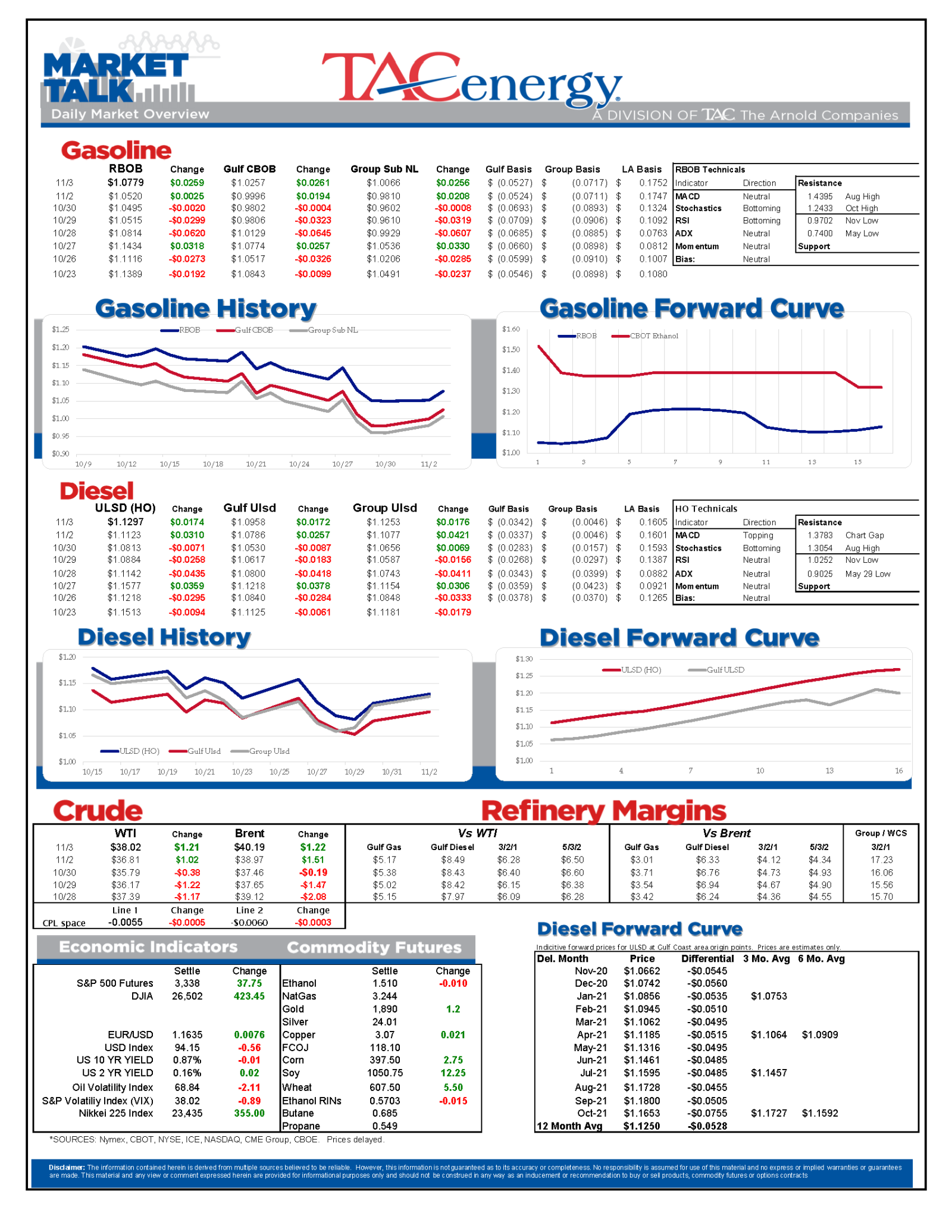 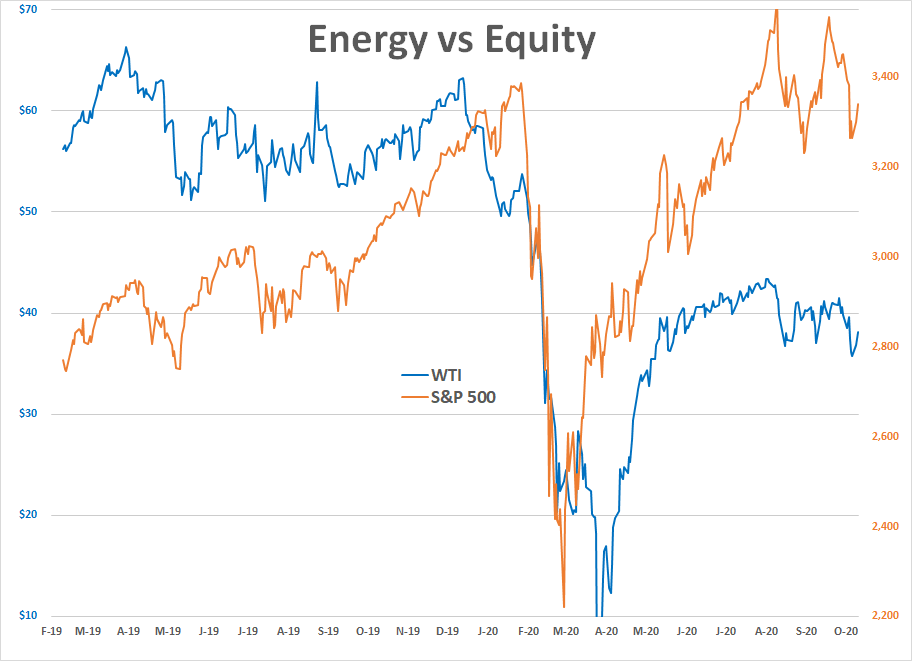 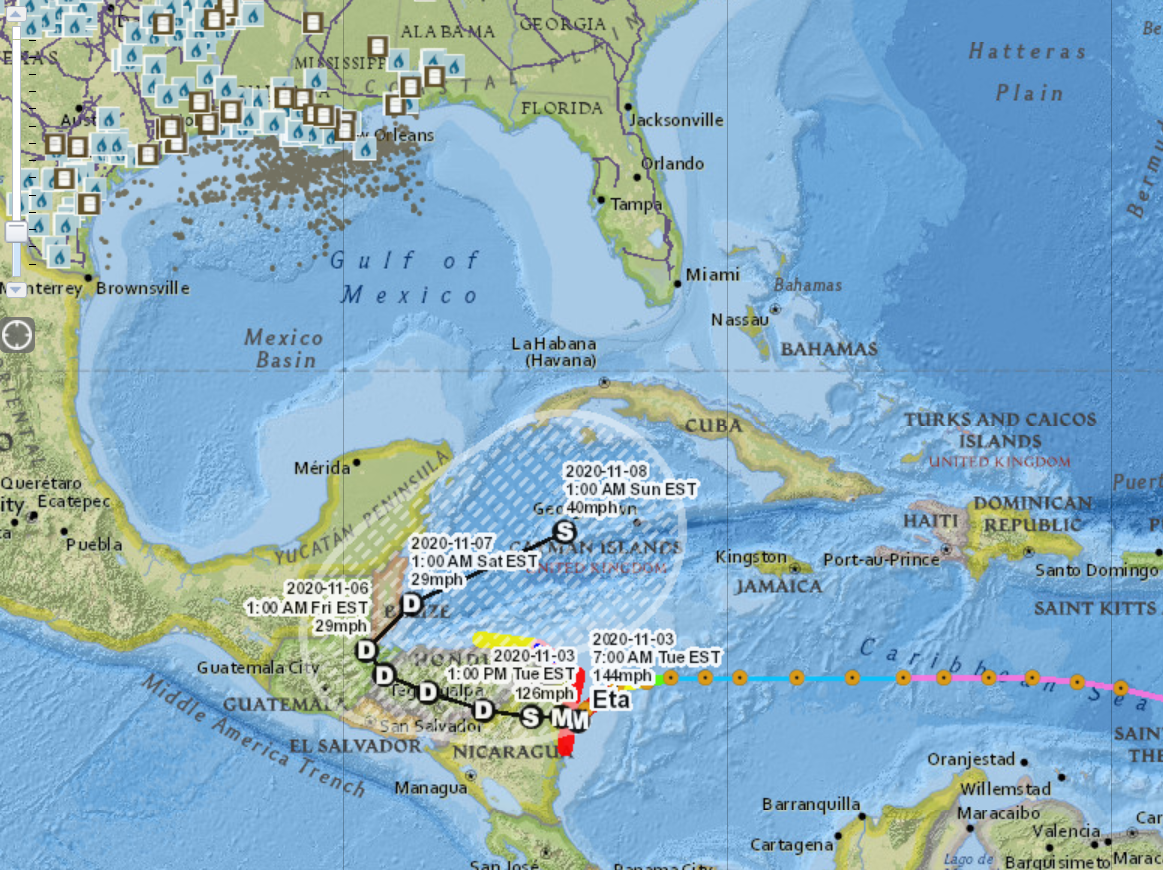