Energy prices are rebounding today after a week of bearish headlines stemming from tariff disputes with China and ominous economic indicators signaling ‘trouble ahead’. Prompt month RBOB futures are up nearly 2 cents while HO bumps about half a cent to start the day. Both American and European crude oil benchmarks are adding about 50 cents per barrel as well.

While the world’s largest oil cartel has been a stronger proponent for higher prices the last few years, OPEC released its 2H 2019 outlook for oil economics that paints a pretty bleak picture for prices. Noting the seemingly inescapable repercussions of the US-China trade debacle’s effect on global economies and further production increases by its rivals, the Organization anticipates another 1 million barrel per day production cut is needed to keep prices afloat.

Hurricane activity in the Gulf of Mexico and the Atlantic Ocean remains quiet going into the second half of August but that may change soon. Weather constraints known to inhibit cyclonic activity, such as Saharan dust, wind shear, and dry air, are anticipated to diminish over the coming weeks, opening the window for tropical disturbances.

The latest installment of the Iranian-directed Tanker Saga™ has Gibraltar, a British territory off the south coast of Spain, releasing a seized oil transport in hopes Tehran will release one of Britain’s in return. While the economic impact of two vessels returning to market has little impact on the global supply situation, the gestures, seemingly carried out in good faith, could ease tensions and inspire buying in oil markets. 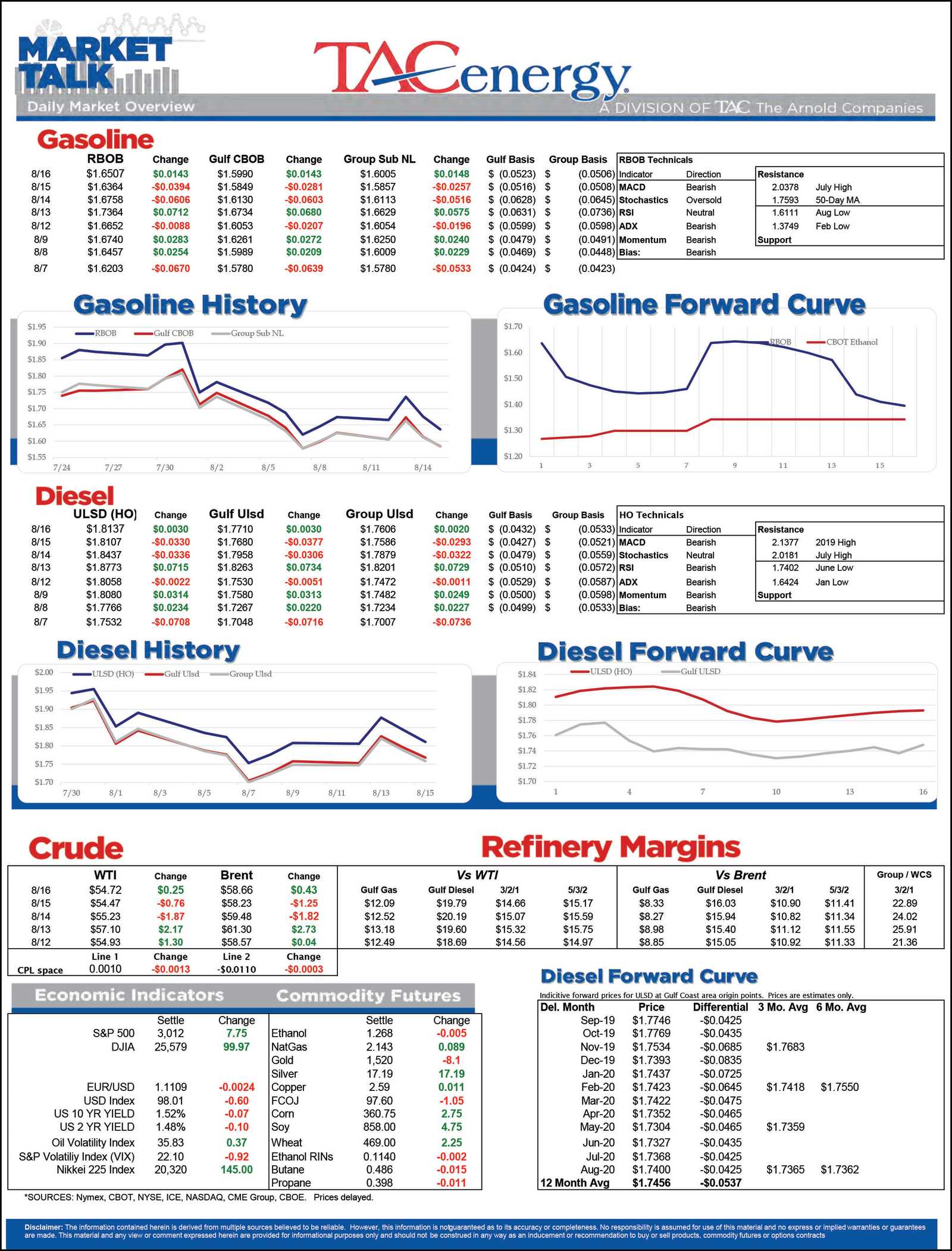