Energy prices plunged to 7 week lows Wednesday, even after the DOE reported a strong recovery in petroleum demand, putting the complex back where it started the week, on the verge of a technical breakdown that could shave another 20-30 cents/gallon off of refined products. A surge in gasoline imports may have been the biggest contributor to the pullback in prices Wednesday as it seems to have knocked the wind out of the rally in NYH spot prices, and slashed more than 1/3 of the backwardation out of that market in just a single day.

As has been the case most days ever since prices peaked a month ago, a big selloff has been met with some modest buying this morning. It looks like the $2.35 range for ULSD and $2.25 for RBOB are setting a new temporary floor, and will become the pivot point for the next several days.

Running out of ideas?  As political pressure heats up over the highest inflation in 30 years, the White House seems increasingly desperate to find a solution to reduce gasoline prices.  Another letter was sent to the FTC to try harder to find out who is cheating even though that produced no results the last time they tried it, more rumors of a coordinated SPR release are being floated amongst other brilliant plans like banning crude oil exports again, even though that’s more likely to raise gasoline prices by further straining the transportation network.

None of those options reflect the reality that refiners are still recovering from a near-death experience in 2020 that slashed capacity and deferred necessary repairs meaning there are no short term solutions until the plants undergoing maintenance (both planned and unplanned) can come back online, which has proved to be a big challenge in recent weeks. Even then, there’s not a short term fix to the driver shortage, which means that even when prices for diesel in Phoenix trade nearly $1/gallon above other parts of the country like they are today, long hauling fuel to help heal the supply crunch can’t happen like it would in years past.

The ethanol market remains the best indicator that this tightness is one of transportation more than supply, as $1/gallon or more of backwardation persists over the next few months, even as ethanol output in the US remains near all-time highs and inventories are holding just below their average for this time of year.

An inconvenient promise? The administration also just opened up the largest Gulf of Mexico oil lease in history, auctioning off more than 80 million acres, which of course has environmental groups fuming as it comes just a few days after pledging to aggressively reduce carbon emissions. This is the problem with a country that at least pretends to follow the rule of law, as the administration had tried to block this type of sale but was overruled in the courts, meaning this administration is now stuck granting more oil permits than its predecessor, but still seeing prices increase. 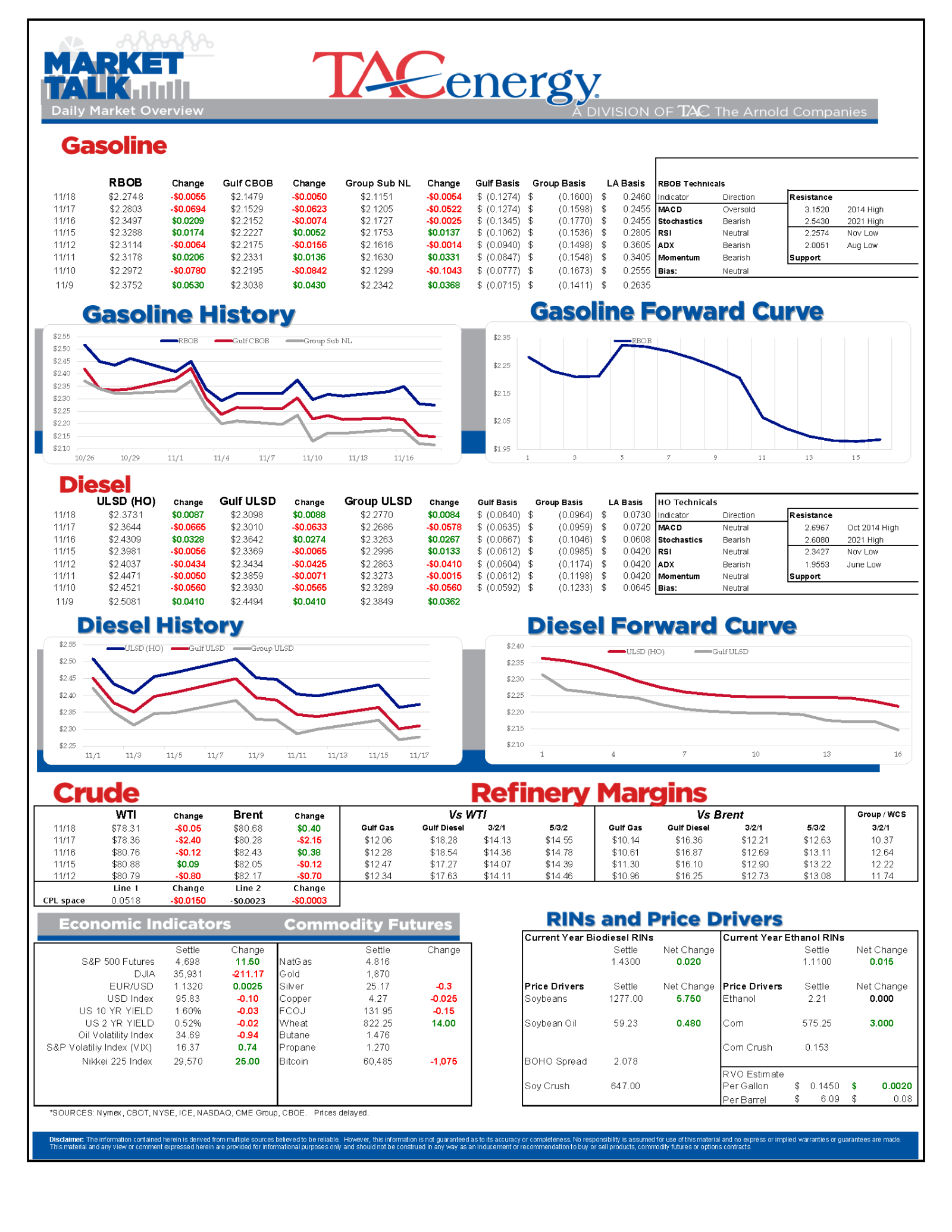