Energy Prices Carve Out A Floor This Morning

Energy prices are trying to carve out a floor this morning after WTI and ULSD both reached multi-year lows in Wednesday’s session. European grades appear to be leading the push higher this morning with ICE Gasoil (diesel) futures up more than seven percent on the day, while Brent is up more than one dollar/barrel, following a tentative outline for how the continent would reopen its economy.

Talk about super-contango: At this point, when the May WTI contract expires next week, prices will increase 30 percent just from the roll to the June contract that is worth six dollar/barrel more than May.

According to the DOE’s weekly report, U.S. refiners are doing a remarkable job of maintaining steady diesel production, despite dropping total run rates by 20 percent in the past week. The output by product suggests that some unwanted jet fuel components are finding their way into the ULSD pool, helping to maintain that total output of diesel even while gasoline output crumbles to keep up with the drop in demand.

Speaking of demand, total gasoline consumption appears to have found a temporary floor according to the DOE’s weekly estimate (albeit at a 50 year low) while it was diesel’s turn to get hit by the COVID-19 blues with a 25 percent decrease in consumption. 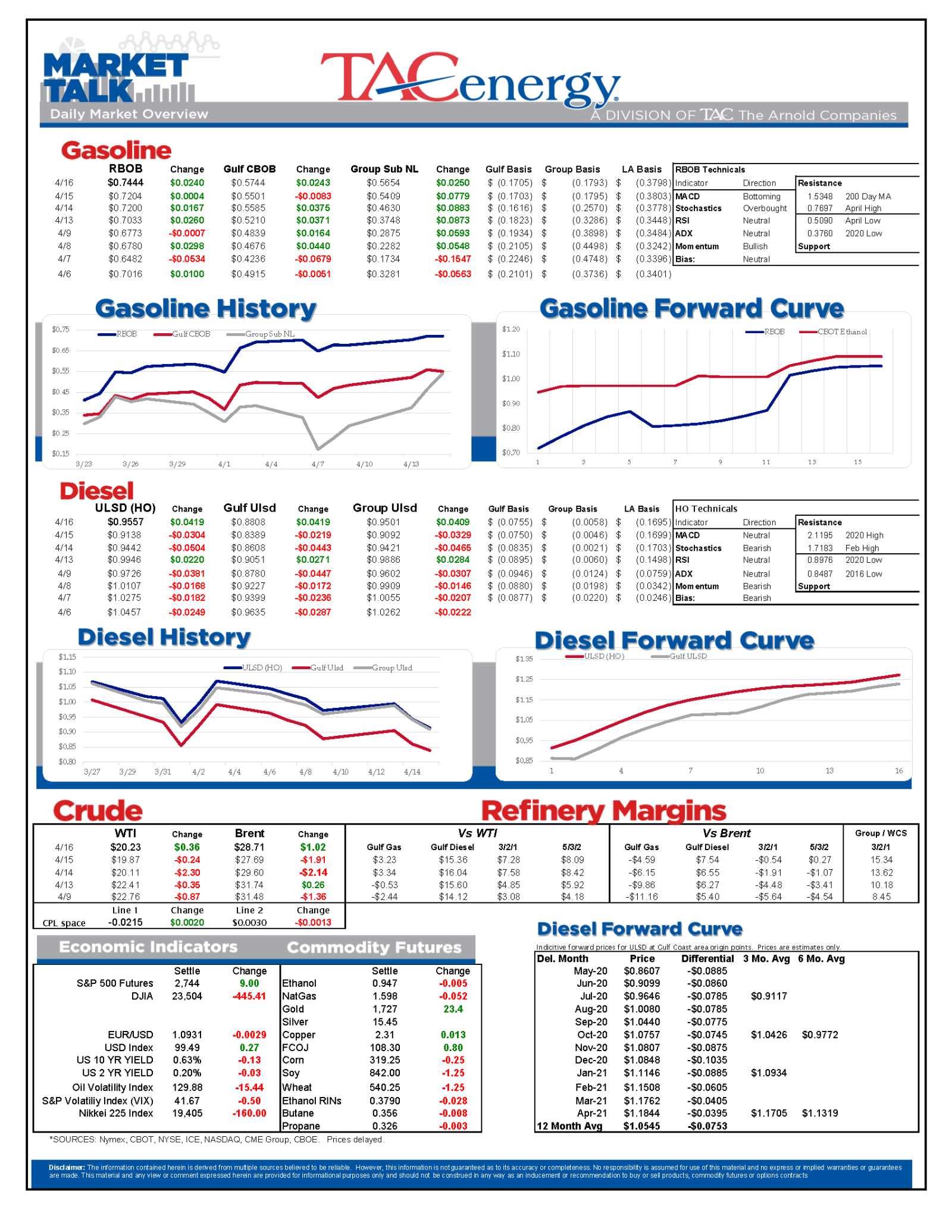 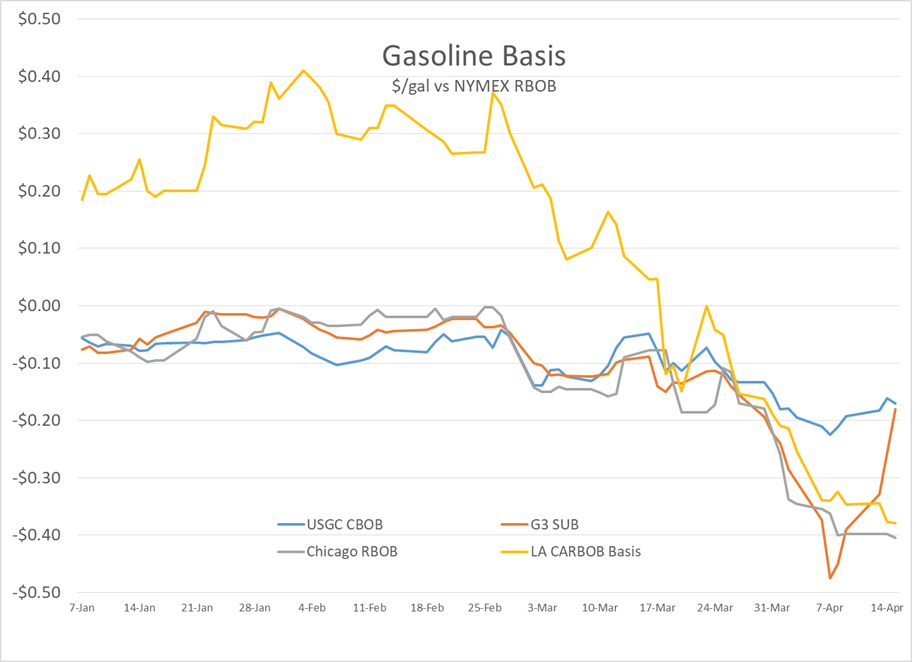 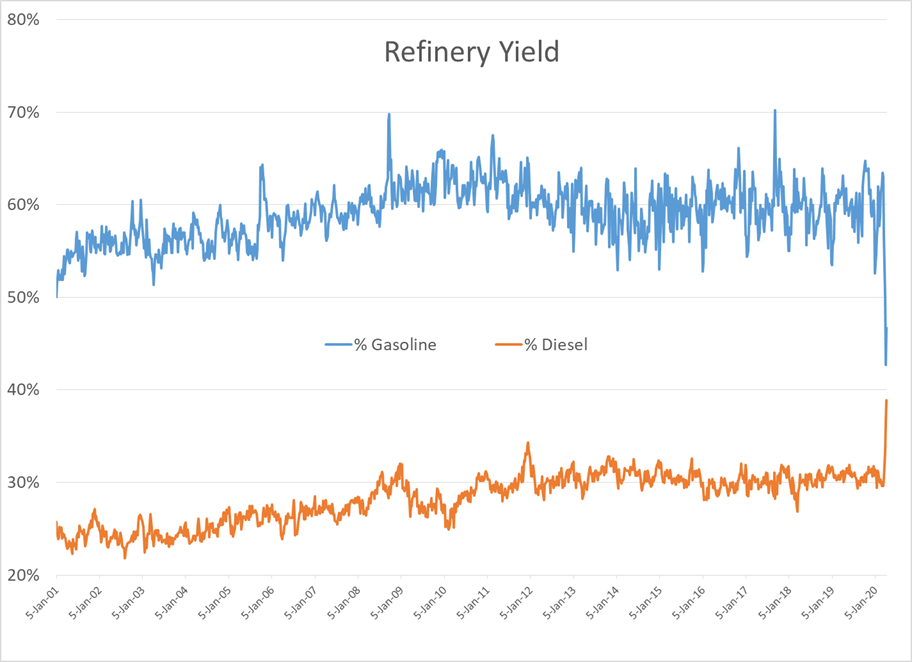