Energy Prices Are Surging And Equity Markets Are Sliding Once Again

Energy prices are surging and equity markets are sliding once again as Ukraine has become a modern day version of the Alamo , and has generated an unprecedented international response. While 3-4% moves are a big deal, the market reaction is still relatively calm given the circumstances, and uncertainty.

Russian energy exports continue to be given a loophole, the new sanctions and bank restrictions announced over the weekend will make the transactions needed to move those supplies more challenging, and also likely to draw retaliation in various forms.

The potential scenarios of how this will play out are extremely complex, and will continue driving price volatility as both rumor and reality make their way through the market. So far, about all we can say with certainty is that despite the latest price spike, petroleum futures did not reach the highs set last Thursday after the start of the invasion. That leaves at least one piece of technical resistance on the charts that may prove pivotal this week to determine if $100 oil and $3 refined products are here to stay.

This morning there have been a few reports that a coordinated release of strategic petroleum reserves was in the works, which briefly had futures pulling back, until the headline reading algorithms realized that the last coordinated SPR release still hasn’t happened as announced back in November.

Reminder that today is the last trading day for March ULSD and RBOB contracts, so any cash markets that haven’t already transitioned to the April contract will do so today.  Also a reminder that since April RBOB futures are summer-grade spec, prompt futures values will increase by around 15 cents tomorrow, but basis values adjust lower to offset that spread on the board until the terminals make their transition.

Money managers were reducing their net length in ULSD, Gasoil and WTI contracts ahead of the Russian invasion, and are likely to want a do over and reversed that pattern in the days since the latest CFTC data was collected. Brent crude contracts did see both healthy short covering and new long positions added, increasing the large speculator net length by 6% in the latest report, which makes sense as the market digested the threat to European supplies and pushed the Brent/WTI spread to its widest in 2 years.

Baker Hughes reported a net increase of 2 oil rigs active in the US last week, with the Permian basin again accounting for the entire increase, offsetting a net decline of 1 rig in other basins. Natural gas rigs increased by 3 last week, and are surely to get more attention now as the world scrambles to find alternatives to Russian output. 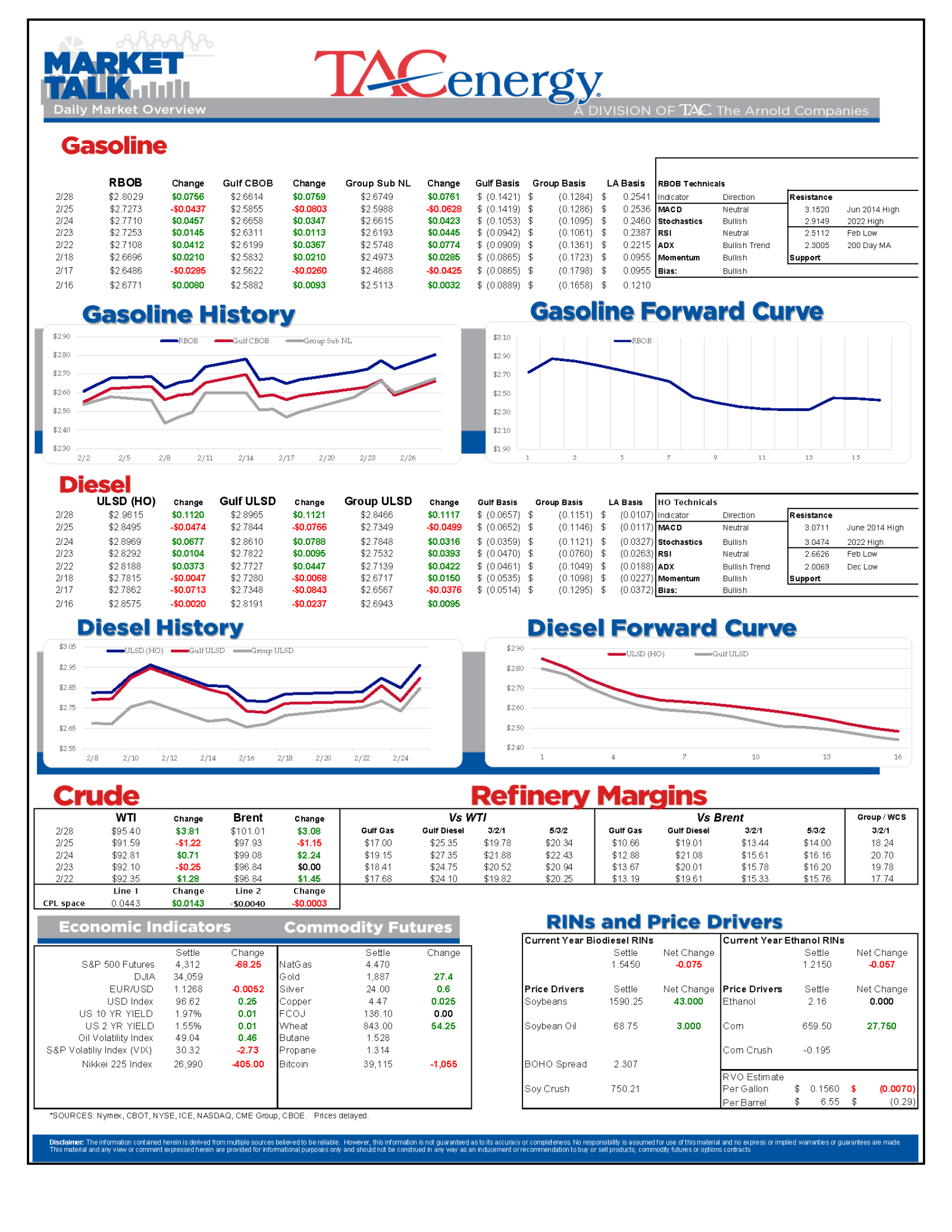 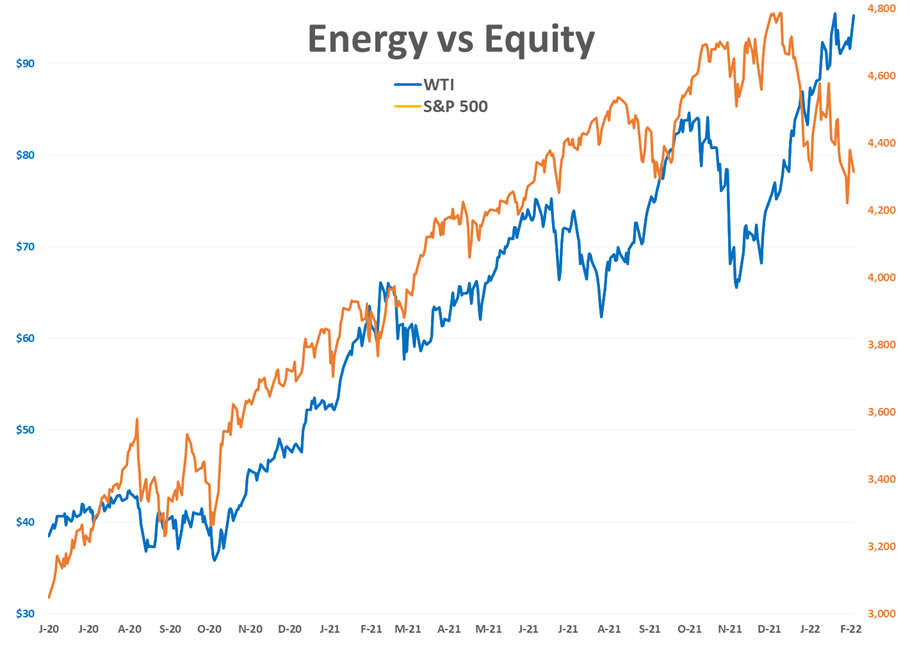 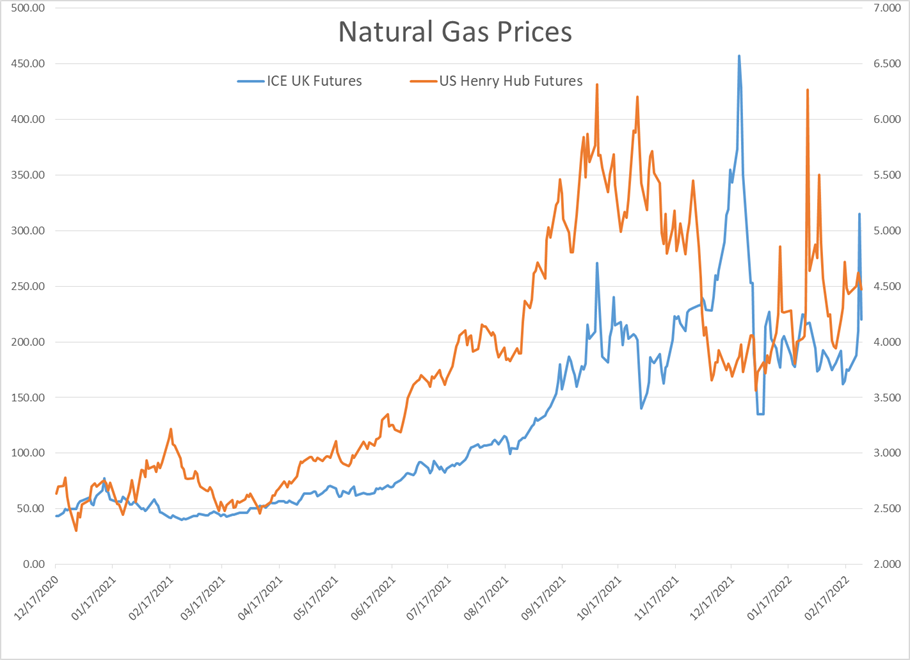