Energy prices are pulling back slightly after a furious 2 day rally that added almost 60 cents to diesel prices thanks to a combination of bullish fundamental and technical factors.  RBOB prices meanwhile have “only” rallied 30 cents this week before this morning’s pullback, while WTI added more than $10/barrel since Monday’s lows. Yesterday’s DOE report gave plenty more examples of the tight supply for refined products across much of the US, even though crude oil stocks are seeing large increases.

A little less than half of the big build in crude oil inventories reported yesterday can be attributed to the ongoing drawdown of the Strategic Petroleum Reserve (SPR) which pumped out another 4 million barrels last week, and if the announced plan comes to fruition, that should increase to 7 million barrels every week through the summer.

Unfortunately, the crude coming out of the SPR can’t go directly into your fuel tank, and didn’t prevent diesel stocks from dropping to their lowest levels in more than 8 years. Gasoline stocks also had a sizeable draw during the week, dropping well below average levels for this time of year.

A big question mark left by the DOE report:  Are we already seeing the early stages of demand destruction with diesel implied demand dropping for a 3rd straight week, helping diesel days of supply to build, even though inventories and diesel production both saw big declines on the week? One thing seems clear looking at the refinery output charts below, US refiners have been doing whatever possible to maximize Jet Fuel production over the past couple of weeks, which seems to be a big contributor to the drop in ULSD production.

Gasoline demand meanwhile is holding steady with year-ago levels, ramping up as we approach the driving season, but holding well below the figures we saw prior to COVID.  In general gasoline supplies are on the low end of their seasonal range, and relatively healthy compared to diesel, but the East Coast (PADD 1) is the exception to that rule, with inventories well below the seasonal range, and helping to explain the ongoing terminal outages scattered across the region.

Refinery runs dipped for the first time in 5 weeks as a handful of weather disruptions and maintenance events (some planned, some not) continued to hamper facilities seeking to capitalize on the best potential margins in a decade. 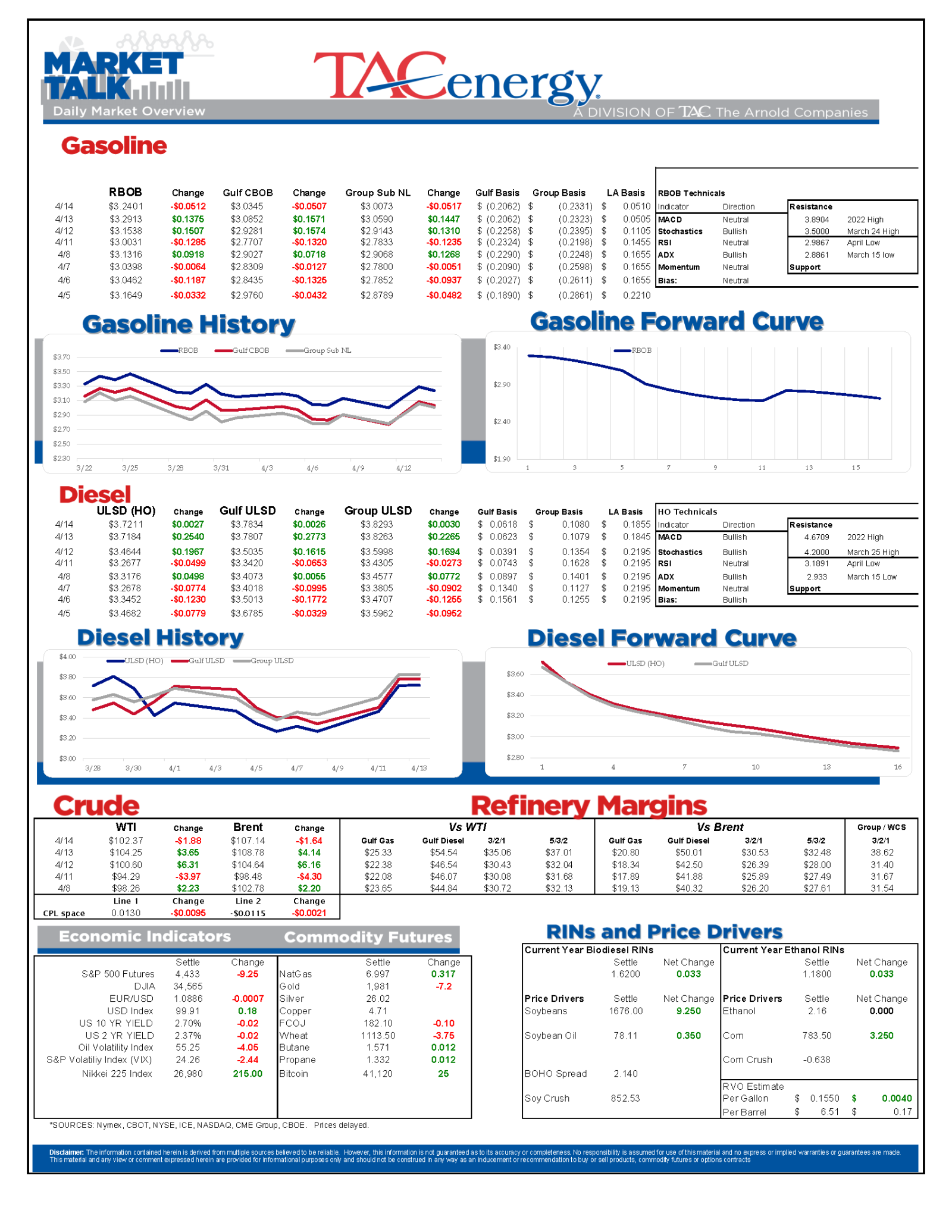 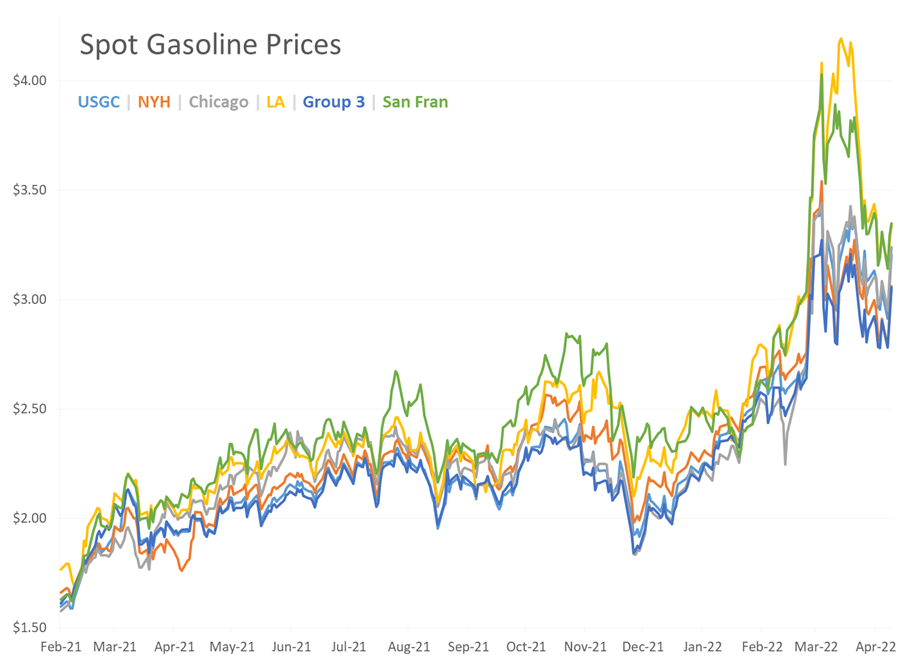