Energy markets are trying to move higher for a 2nd day, but still seem to be struggling with setting a definitive price floor as their overnight gains have been eroding this morning. A large decline in US crude oil inventories is taking credit for the move higher overnight while equity markets continue on their trade-induced rollercoaster ride.

The API seemed to surprise many Tuesday afternoon when it was said to report a 10 million barrel draw in US oil inventories last week. Then again, the API showed a 5 million barrel build a week ago while the EIA showed a 7 million barrel decrease, so this week’s move seems explainable as the voluntary industry report catching up with the mandatory government report, and perhaps not an indicator of what we might see from the DOE report this morning. The API also showed a decline of 2.4 million barrels of gasoline last week while distillates increased by 712 thousand barrels.

The EIA offered more insight to last week’s data point showing the US exported more oil and petroleum products than it imported for the first time in around 75 years in a new report this morning. Given the huge swings in the weekly flow of exports and imports to reach that milestone, don’t expect a repeat performance in today’s status report. If China returns as a buyer of US Crude however, that may finally tip the scales to make the US a net exporter on a more regular basis.

Speaking of which, volatility in both equity and energy markets remains high (as displayed by the VIX and OVX chart below) as uncertainty over Trade continues to roil markets depending on the latest headline. Tuesday we saw large early gains in stocks wiped out following reports that a Canadian was arrested in China, in an apparent retaliation for the Chinese executive arrested in Canada last week. Stocks are pointed higher ahead of the open this morning as the US Trader-in-Chief said he would intervene in the latter case if it meant getting a trade deal done with China.

OPEC released its monthly oil market report for December this morning, showing that the cartel’s production held flat last month, as an increase in Saudi Arabian output offset the large declines from Iran. Looking ahead to 2019, the ongoing trend of supply beating expectations while demand growth missing the estimates from earlier in the year seems to be a theme throughout the report, and makes it easier to see how the cartel was able to reach its agreement last week.

Other notable items from the OPEC report:

“Non-OPEC oil supply growth in 2018 is estimated at 2.50 mb/d, an upward revision of 0.19 mb/d from the previous month’s assessment. The US, Canada, Russia and Kazakhstan are expected to be the main growth drivers, while Mexico and Norway are anticipated to show the largest declines…” 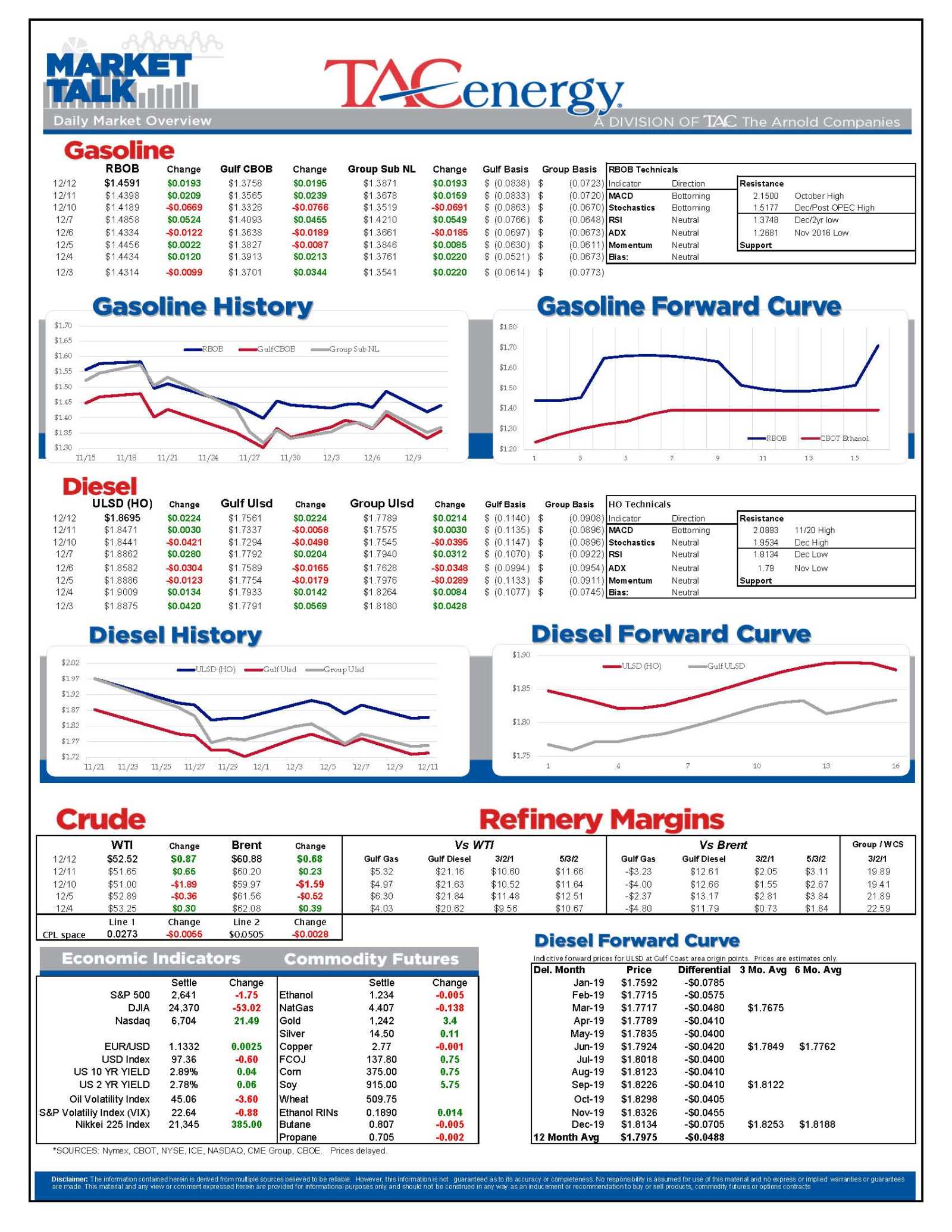 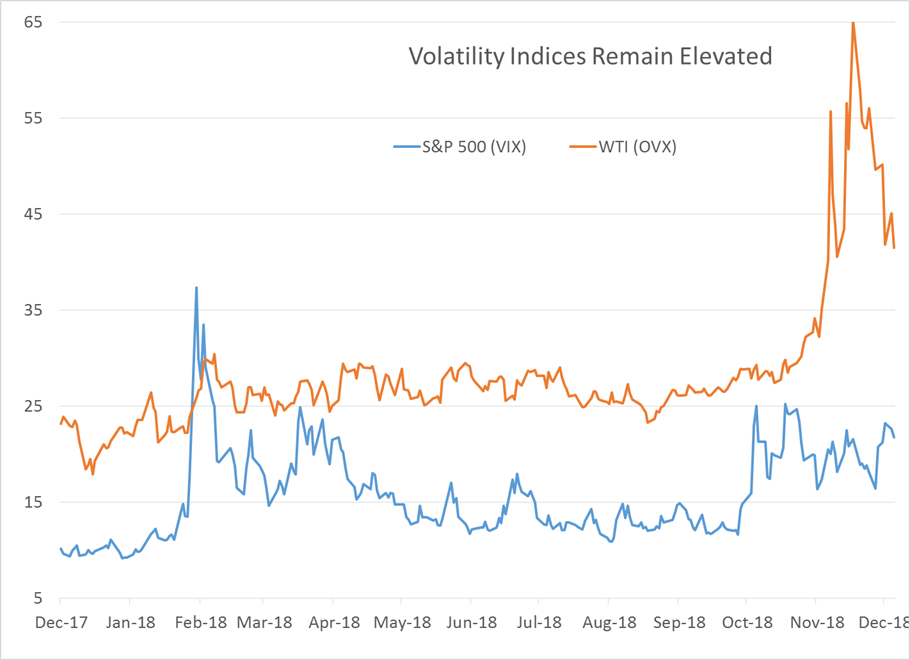