Energy Markets Try To Claw Back

Energy markets are trying to claw back after Monday’s big sell-off, with equity markets appearing to be giving them a boost for a 2nd straight day.

The API was reported to show a build in crude oil stocks of 806,000 barrels last week, which would snap a 2 month long streak of inventory declines. Gasoline inventories were also said to have built by 3.3 million barrels, while distillates dropped by 1.2 million. Prices sold off in the immediate aftermath of that report, and RBOB actually flipped back into negative territory after settling up nearly 2 cents, but it appears that report’s influence ended overnight.

The DOE’s weekly report is due out at its normal time this morning (although there was an unscheduled hour-long delay last week). We’ve seen big swings in demand the past two weeks, and if the pattern holds, we should see an increase in consumption estimates this week.

A Reuters report Tuesday said that the White House is intervening to delay the annual target setting for the RFS, seeking a solution to the political football that has left refiners and biofuel producers in political purgatory for the past 15 years. While that’s a noteworthy headline, the reality is the EPA has already delayed setting the RVO’s for this year, and is already behind schedule for 2022, as it struggles with the fact that it’s physically impossible to meet the statutory limits set in the law.

Meanwhile, senators from PA, ME, NJ and CA proposed new legislation to repeal the ethanol mandate from the RFS, while leaving the requirements for “advanced” biofuels, saying that “…the RFS drives up the cost of gas and food, harms our environment, and damages engines.”

RIN values didn’t seem to have a big reaction to either story, trading higher in the morning and then pulling back in afternoon to end the day with small gains.

The tropics have been quiet since Elsa set records a few weeks ago, in large part thanks to heavy layers of Saharan dust prohibiting development. The NHC is giving 20% odds of a system developing off of the South East US coastline over the next 5 days, but even if that system does get named, it’s unlikely to become a major storm, and is not in a position to threaten the energy supply network.

An IEA report details how  spending on clean energy options is falling woefully short of what’s necessary to meet climate goals, even as record amounts of money are printed to aid economies around the world recover from the pandemic. (Charts Below). 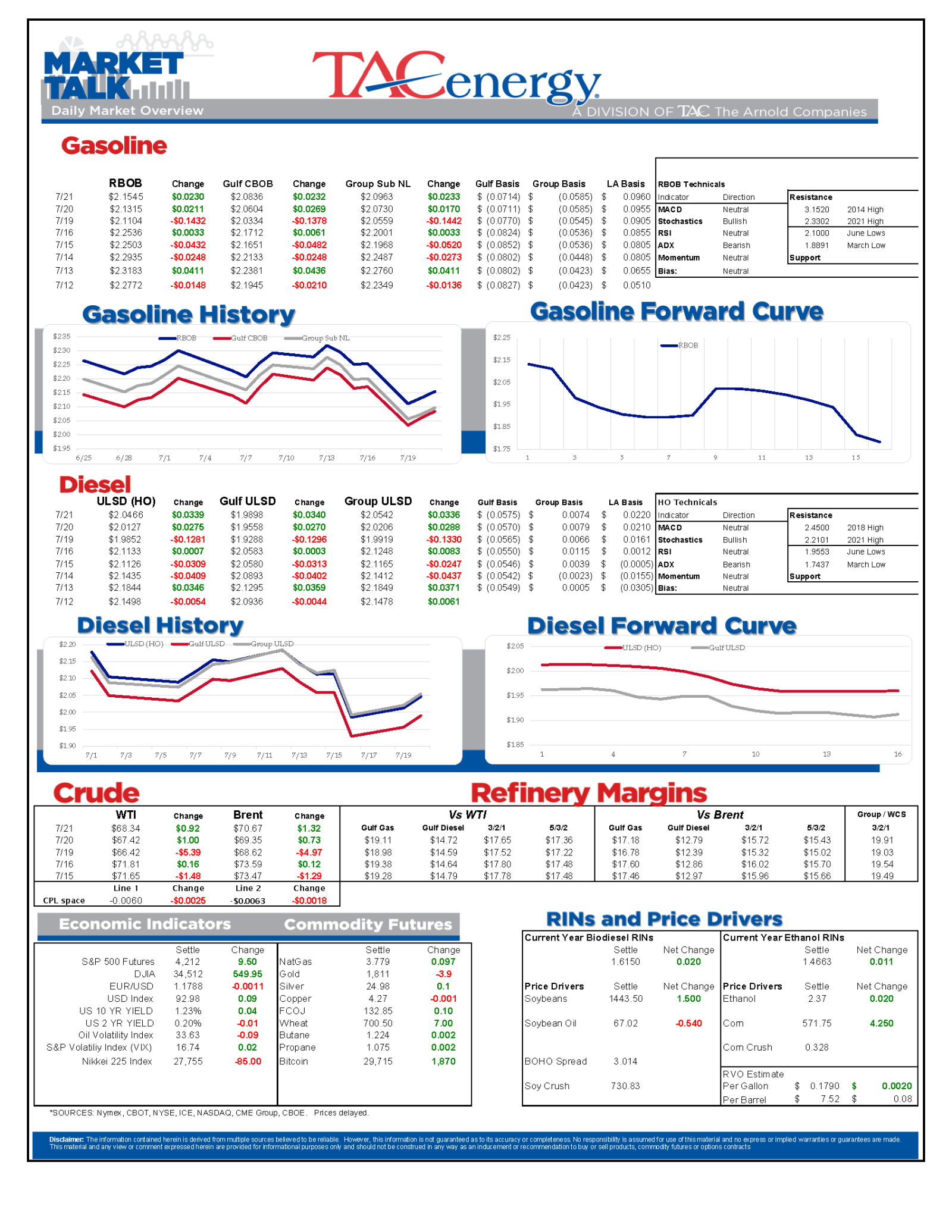 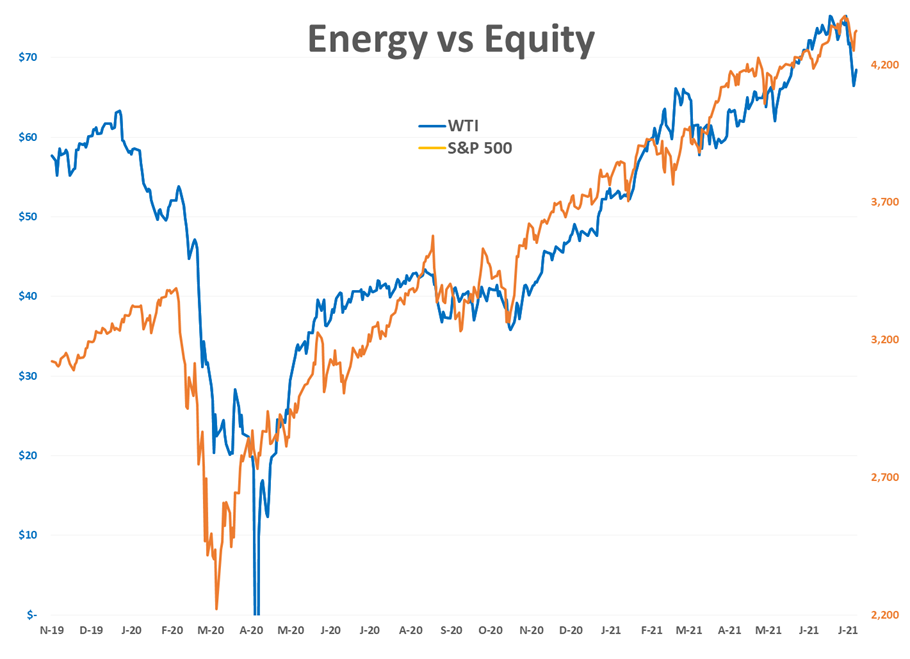 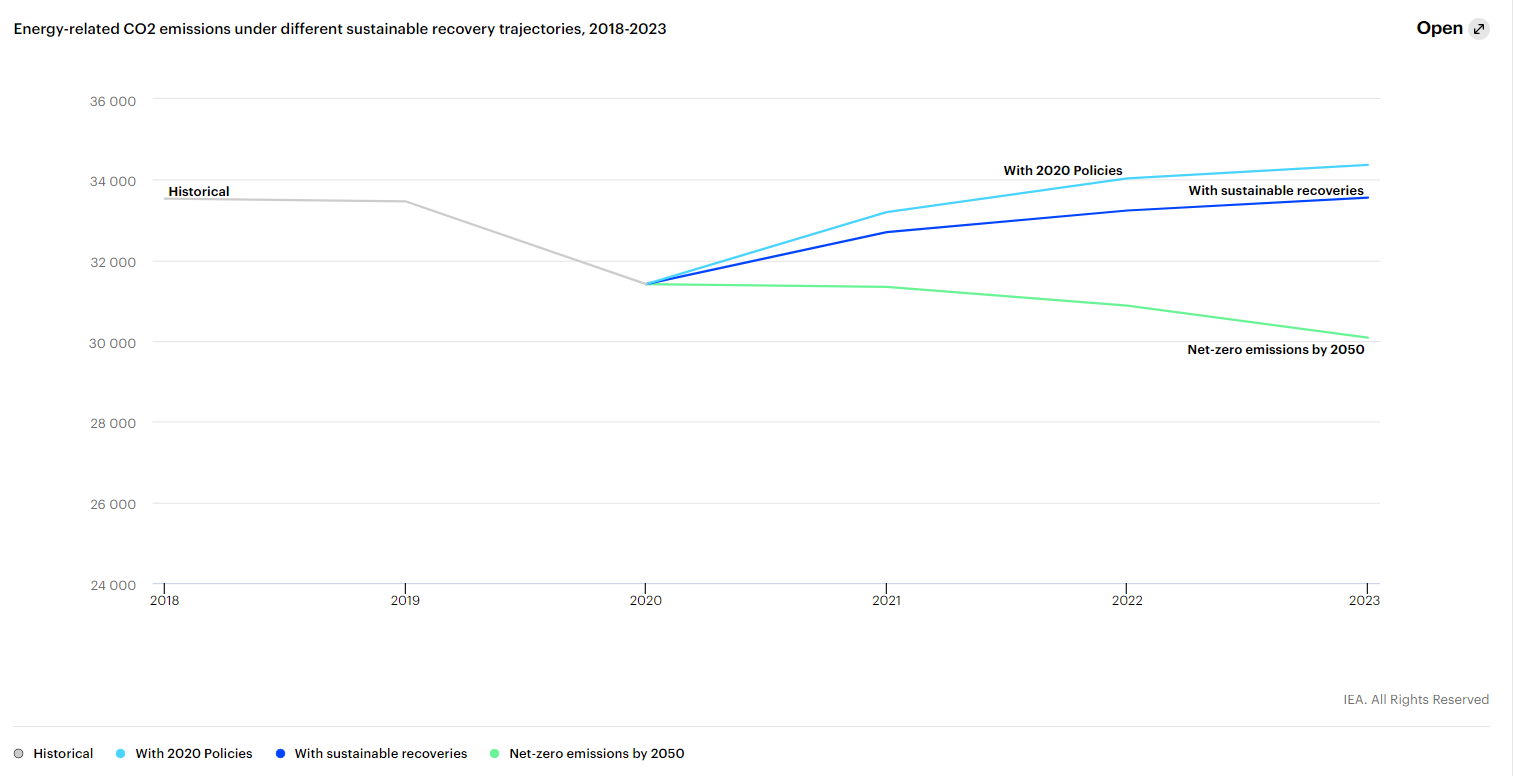