Energy Markets On The Brink Of Technical Breakdown

Another big reversal from a morning rally Wednesday has left energy markets on the brink of a technical breakdown that could mean dramatically lower prices in the coming weeks, but so far are managing to cling to support and not break the bullish trend-lines. The lack of an OPEC deal continues to roil the energy markets, while global equity markets are selling off a day after US indices reached new record highs, which is being blamed on concerns about the latest COVID outbreaks.

RBOB gasoline futures have a bullish trend line just under the $2.18 mark, and hit a low of $2.1775 before bouncing back to positive territory north of $2.21 this morning. That makes the trend line look pivotal as a break down should have prices testing the $2 mark later in the month, while a hold here may encourage buyers to step back in. It’s not just refined products that are teetering on the edge of a technical breakdown. Ethanol prices are threatening a drop below $2.25, which looks like a technical trap door that could lead to prices quickly falling below $2 should support break. RINs are also coming under heavy selling pressure, but remain 20 cents above where they bottomed out in June.

The White House is also weighing in on the OPEC non-agreement, as the administration takes heat for the rapid increase in fuel prices. That pressure may trickle down to the EPA and how they handle the overdue RFS volume obligations, which may help explain some of the selling in RINs after they rallied to end last week when a court vacated the ruling to allow E15 in the summer time.

The EIA’s monthly short term energy outlook continued to forecast that global petroleum demand would climb back to pre-pandemic levels by next year, but suggests that US Gasoline demand will not thanks to a combination of greater fuel efficiency and work from home policies. The report also highlighted the growth in US gas liquid production and trade, led by steadily climbing propane exports. The report highlighted the continued slow but steady growth in renewable fuel and electricity options, but also highlighted that coal usage will increase after many years of decline thanks in large part to rising natural gas prices.

The EIA’s weekly report was delayed by the holiday and is due out at 10 a.m. central. The API report was also delayed a day, and continued the streak of large crude oil inventory declines (7.9 million barrels last week) while refined products build (2.7 million barrels for gasoline and 1.1 for diesel). California apparently doesn’t celebrate independence day, releasing its weekly data on schedule, showing a build in gasoline production, while distillate output fell, thanks to southern California refiners reaching a 3 month low.

Today’s interesting read: how long does it take for an EV to become cleaner than gasoline-fueled cars? 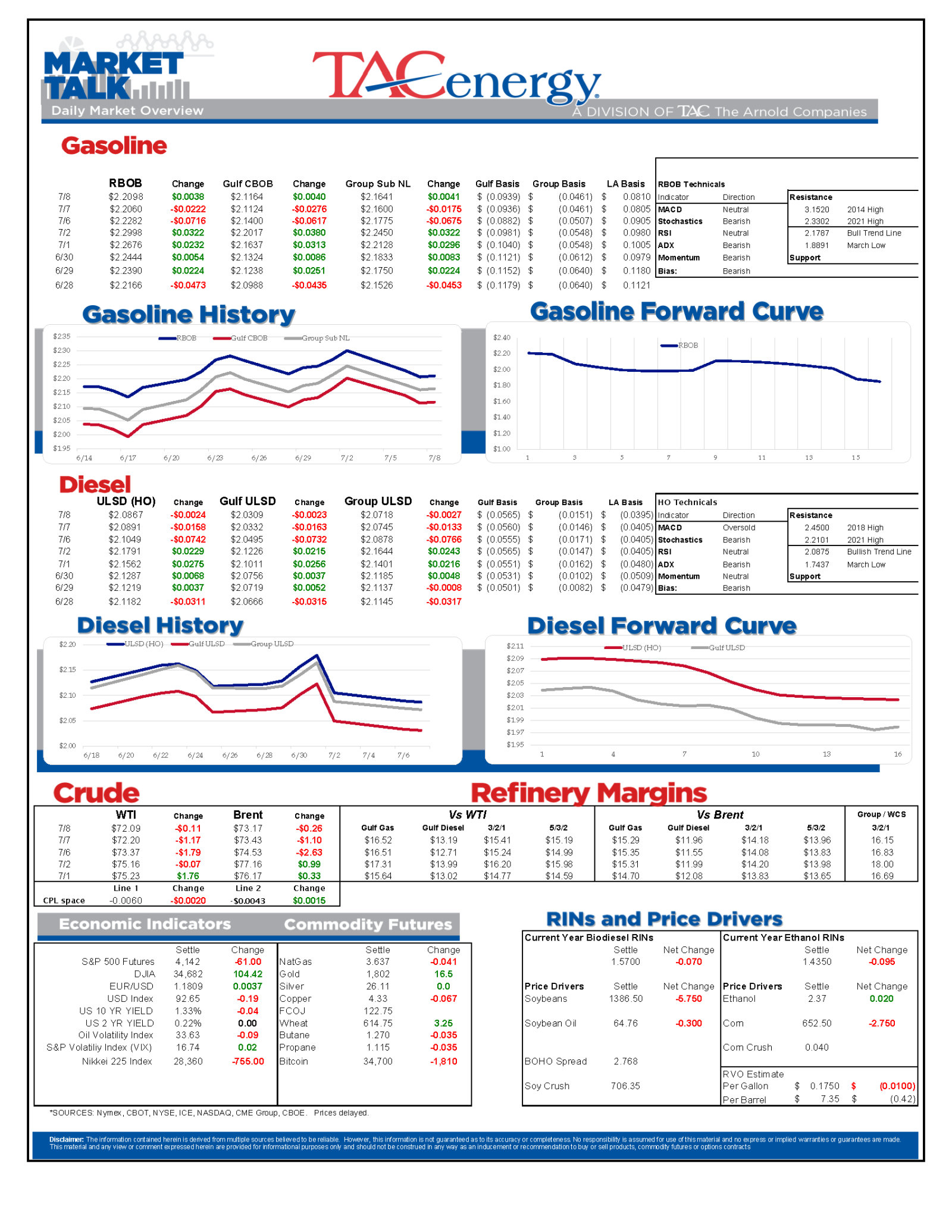 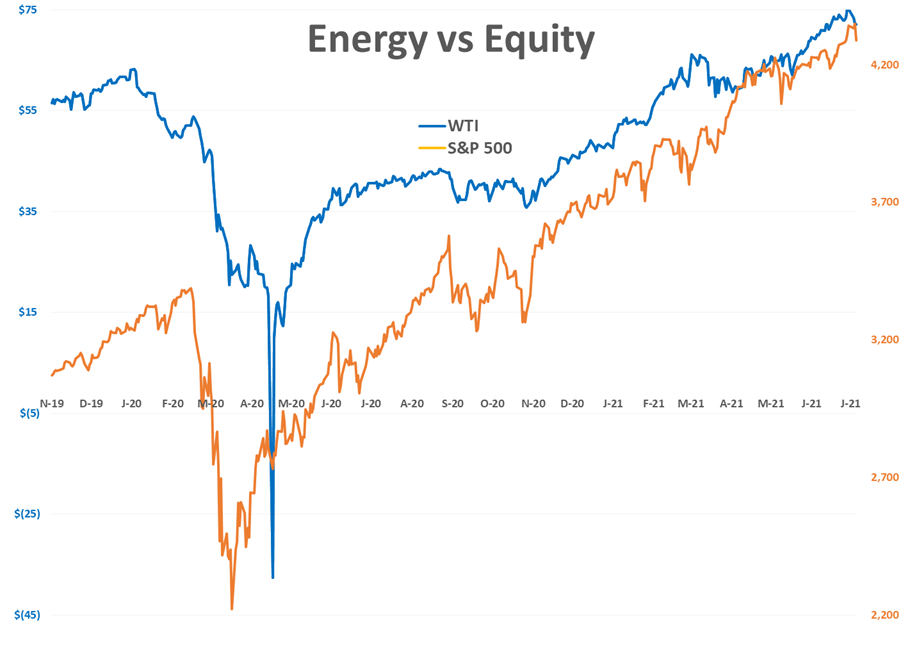 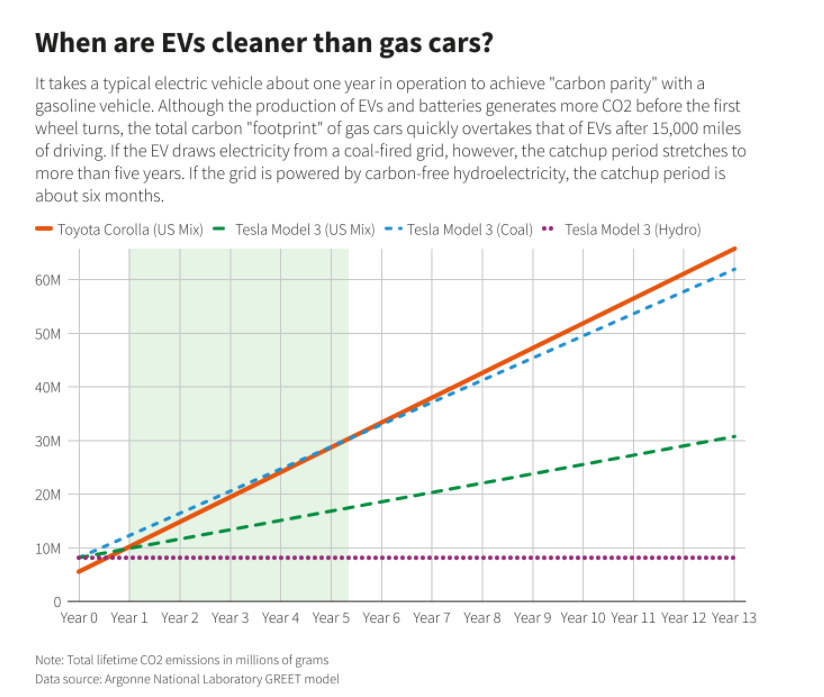