Energy futures are treading water to start the week as another round of good & bad news made its way through the markets overnight. A strong Friday finished eased some concerns of a pending price collapse, although most technical indicators remain in bearish territory.

No new deal yet. OPEC seems to be willing to extend output cuts, but so far the Russians are holding up the deal according to reports this morning.

Good news on trade: The US suspended its plans to place tariffs on Mexican goods after the country’s reached a new agreement on immigration policy Friday, which is helpful for US oil imports and refined product exports.

Bad news on trade: no progress in the US/China talks, and Chinese import data just released shows the lowest import level in 3 years, increasing concerns for the global economy and global energy demand. The IEA gave a bit of perspective on China’s importance in a Friday report on global natural gas, predicting the country will account for 40% of global demand growth in the next 5 years.

Baker Hughes reported a decrease of 11 oil rigs working in the US last week, reaching a 16 month low at 789 total rigs. As has been the case for most of the year, the Permian basin accounted for the majority of the decline, with 6 fewer rigs last week, while the Eagle Ford dropped by 2 rigs, and the Williston (Bakken) dropped by 1.

As expected, money managers continued bailing out of their bets on higher energy prices during the heavy selling of the past 2 weeks after steadily adding to those wagers in the early part of the year. 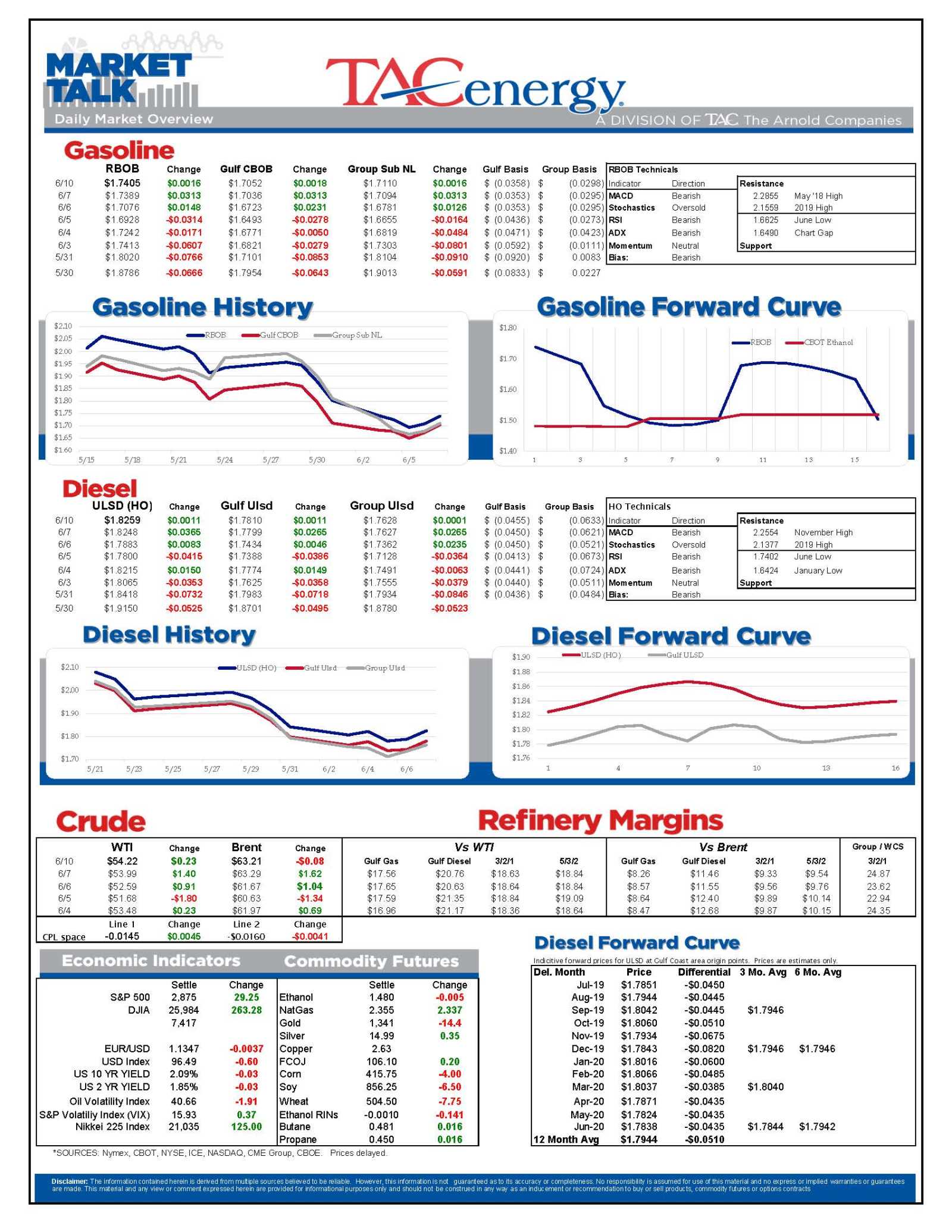 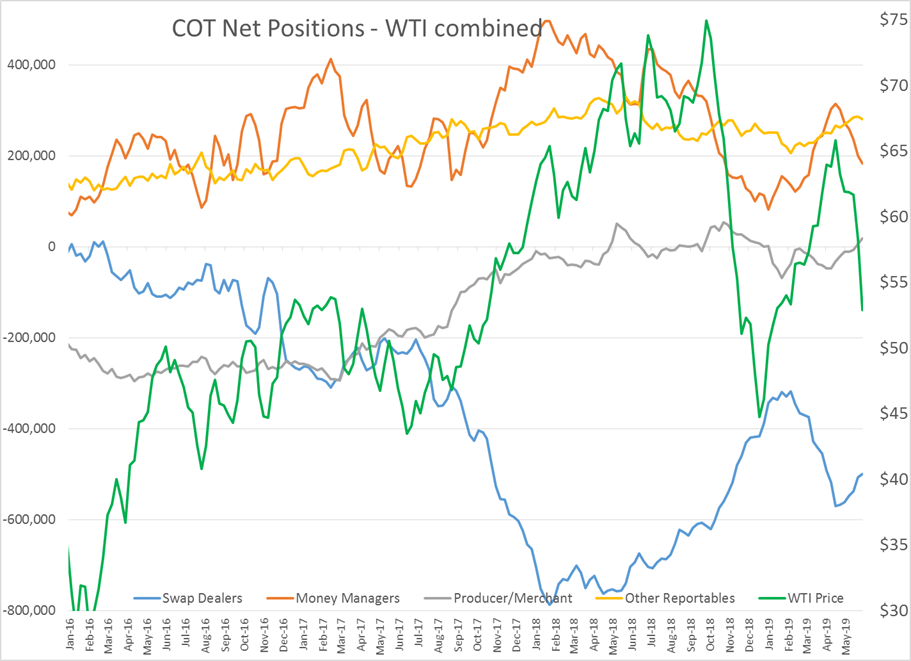 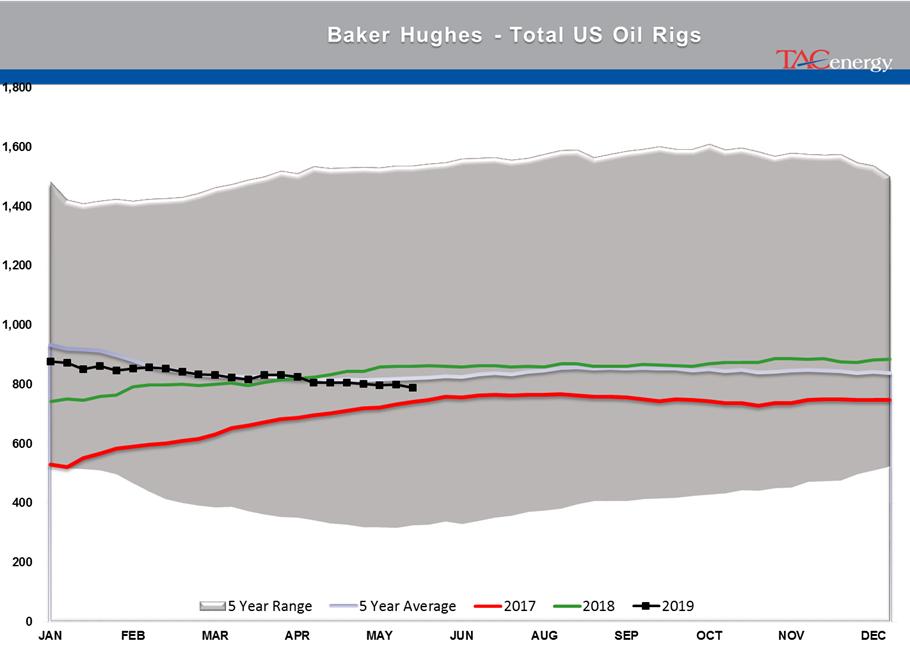