Energy Futures Starting Week With Modest Round Of Buying

Energy futures are starting the week with a modest round of buying as stock markets point to a strong open, giving a temporary reprieve on fears of a recession and allowing attention to turn towards new oil supply drama.

There was another drone attack on a Saudi oil field over the weekend that’s getting credit for early buying, although reports suggest that production was not affected.

The US attempted, unsuccessfully, to intervene and prevent the Iranian crude tanker from being released by Gibraltar. Now we’ll have to see if Iran releases the British ship it’s been holding captive in retaliation, or if it uses the US intervention as an excuse to change tactics yet again.

More bad news for Venezuela: reports this morning that China National Petroleum Corp, one of the last buyers remaining for Venezuelan crude, was suspending purchases due to US sanctions.

OPEC’s monthly report, released Friday, showed the cartel’s output dropping sharply again and reaching the lowest level of the past 5 years. Saudi Arabia continued to lead the cartel, accounting for more than half of the monthly decline, adding to less-voluntary reductions from Iran, Venezuela, Libya and Nigeria. The report also painted a weak picture for demand, with both global economic and oil consumption estimates reduced further over the past month.

Baker Hughes reported an increase of 6 oil rigs working last week, snapping a 6 week streak of declines. The total US oil rig count is still 99 below year ago levels.

Money managers seemed a bit unsure of themselves last week – which isn’t hard to understand given the volatility we’ve witnessed lately – adding to WTI net length, while cutting their long exposure in Brent, RBOB and ULSD. The drop in RBOB length was perhaps the most notable as it appears the large speculators are starting to bail out of gasoline bets a couple months earlier than last year, and unless we see something to disrupt supplies as driving season comes to an end, it seems like there could be more downside pressure to come on gasoline prices. 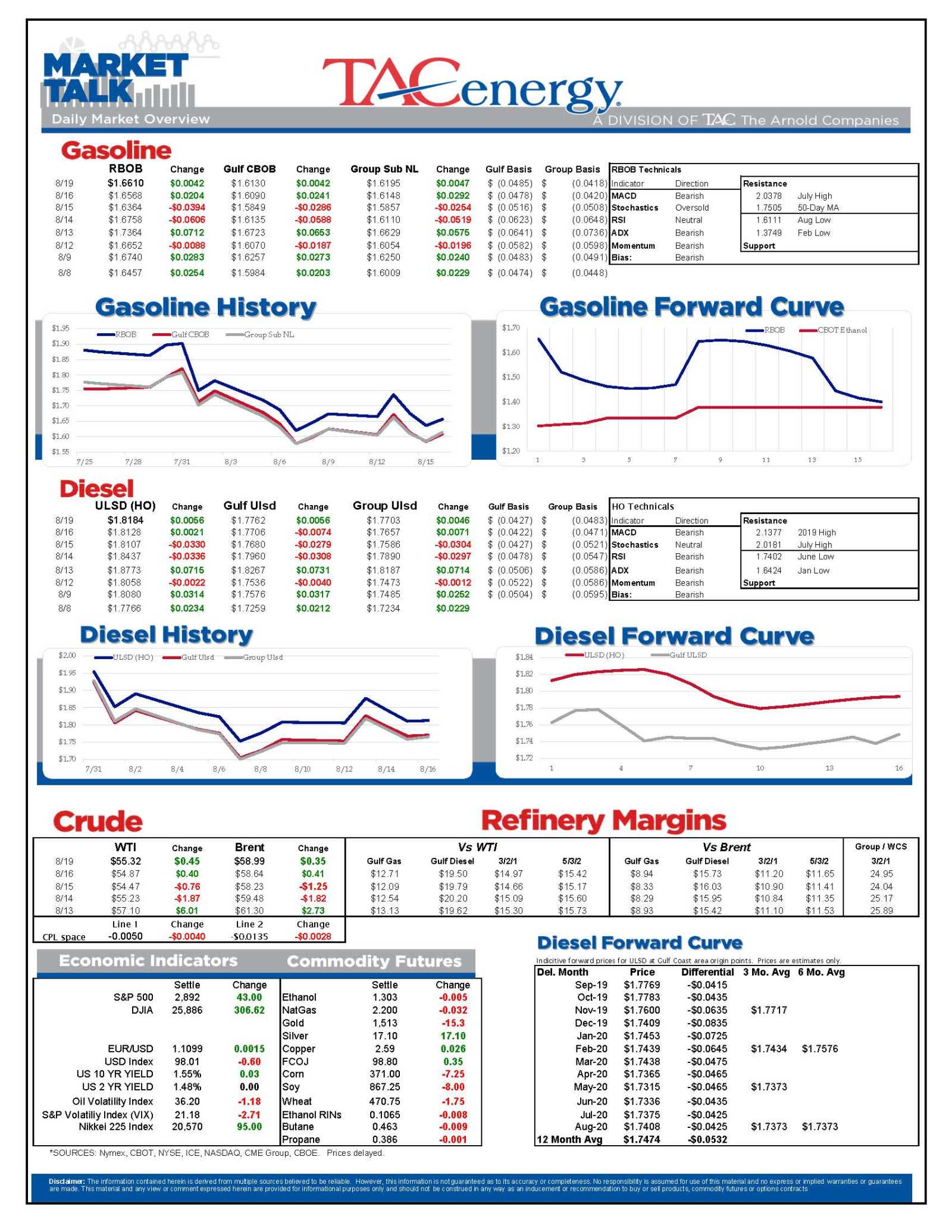 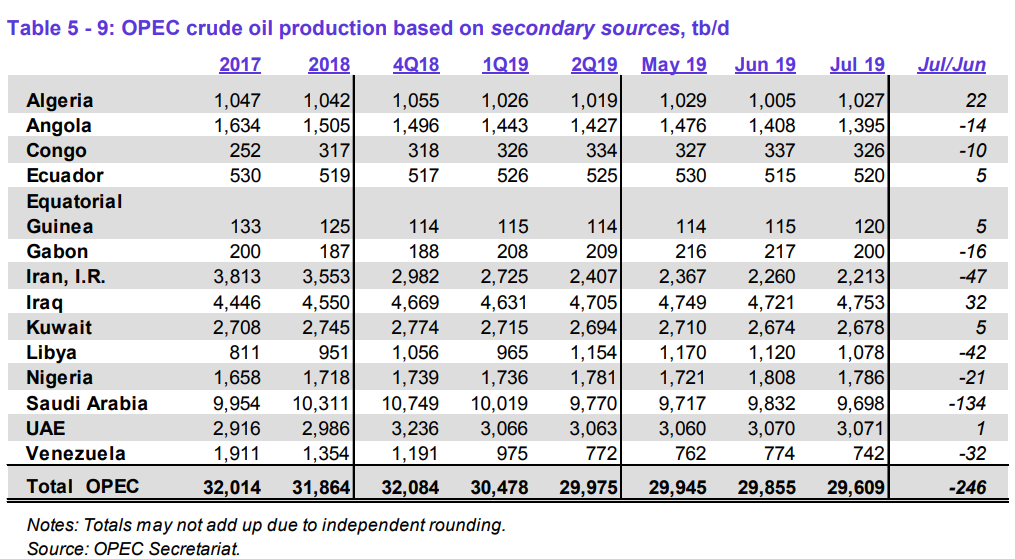 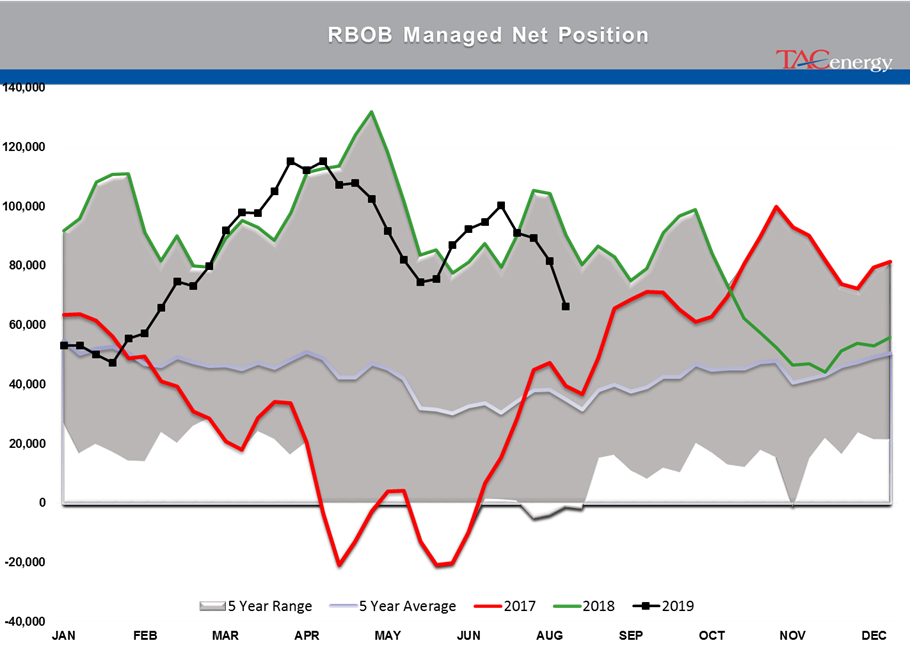