Energy futures are starting the day in the red, still stuck in the unknown between the Middle East supply concerns, and global demand concerns both of which are playing out on center stage at the UN this week.

While the Saudi attacks no doubt left their mark on energy prices, which are still some 5-6% higher for prompt values than they were prior, the forward curve charts below show that over the next 3 years, the change in prices has been minor. For WTI and Brent, forward prices are still below where they were a month ago suggesting this market is still more concerned with demand growth flattening than it is with a disruption of supply.

While futures may have had a muted reaction to the Saudi Supply threat, spot prices on the West Coast have been spiking once again as a new rash of refinery issues crops up. LA Spot gasoline basis values surged to 60 cents over the NYMEX in Monday’s session, while Bay-Area diffs reached 75 cents over, compared to differentials around a penny along the Gulf Coast.

The IEA is celebrating the formation of a “3% club” at the UN assembly this week. The a group of 15 countries that are committing – with words – to accelerate progress towards energy efficiency, marked by a 3% annual improvement in energy intensity.

Meanwhile, ExxonMobil’s annual Outlook for Energy report suggests that improvements in energy technology are already creating cleaner and more efficient transportation, and predicts that trend will accelerate in the coming decade.

Jerry, Karen and Lorenzo are all churning through the Atlantic, while a 4th system is threatening to develop off the coast of the Yucatan. At this point, only Karen appears to stand a chance of threatening the US coast line, although those odds have diminished since yesterday as the latest models favor a shift to the east into open water, rather than West towards the US. 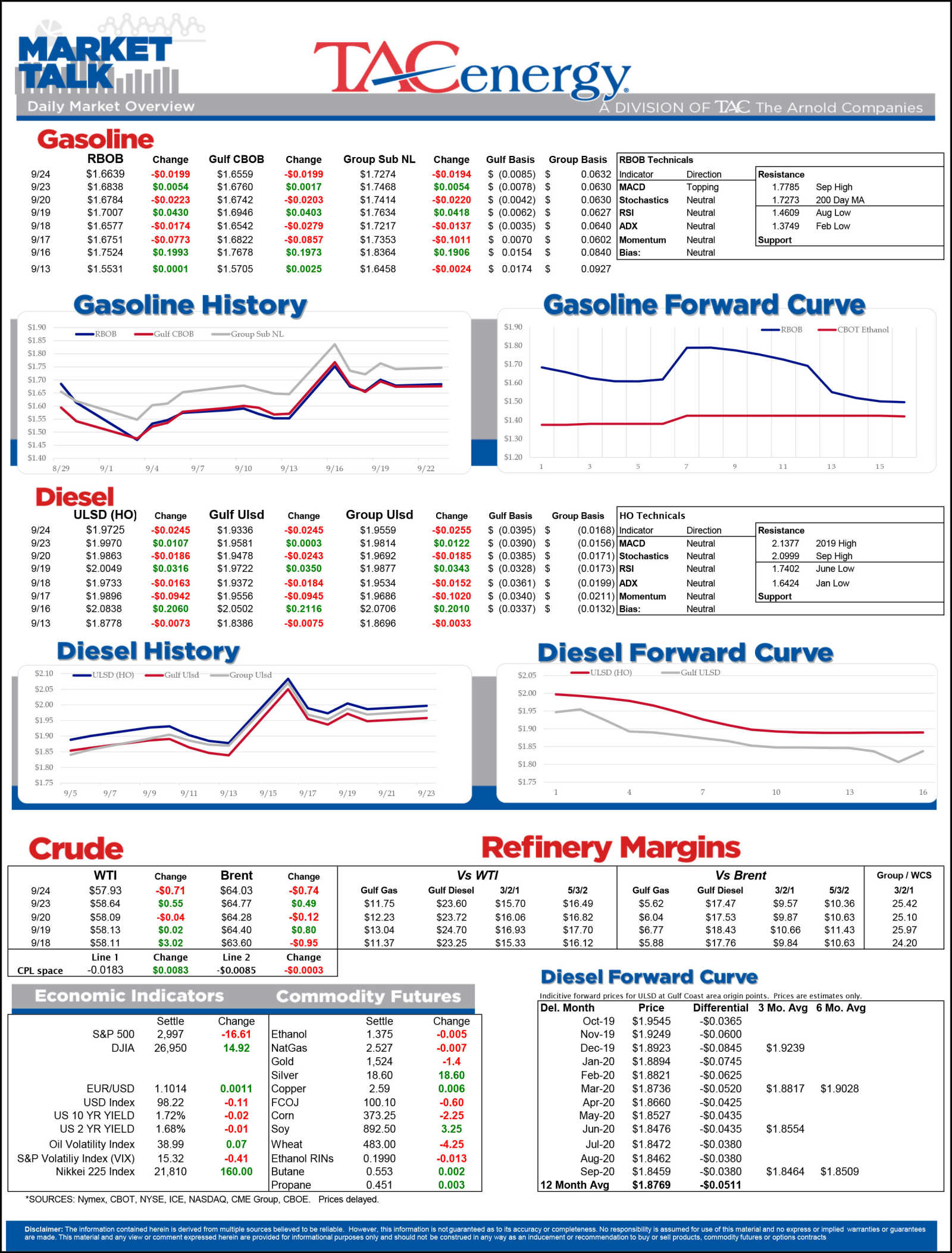 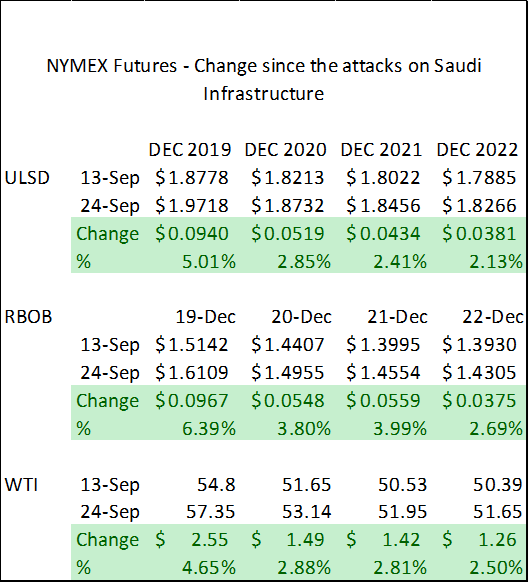 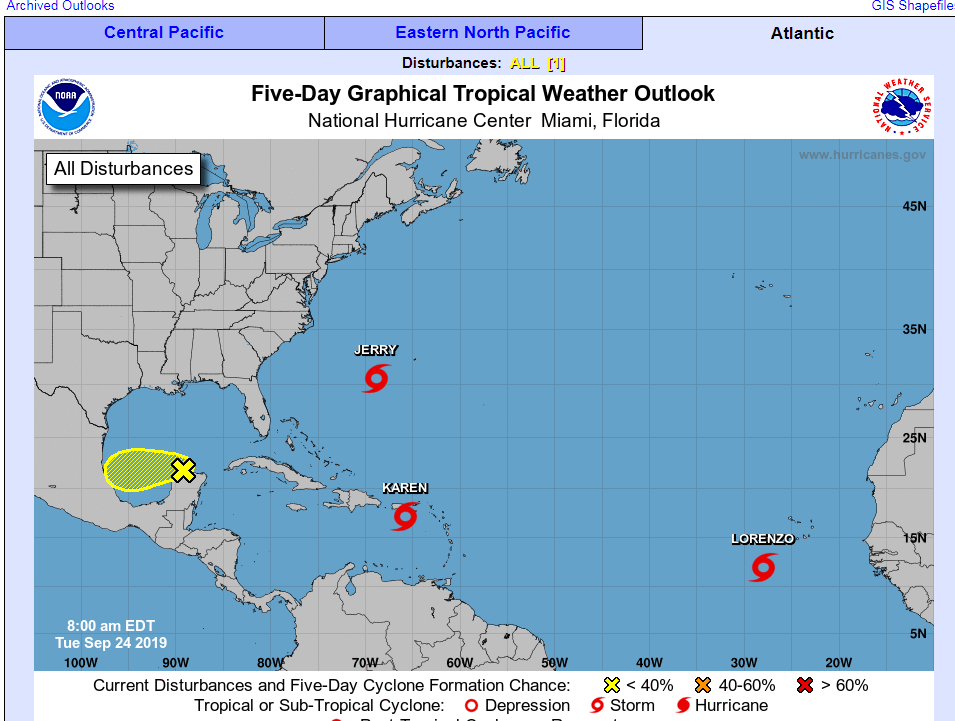