Energy futures pulled back from multi-year highs set in Tuesday’s session as inventory builds and bad weather both appear to be dampening the bullish enthusiasm. Although we’ve seen several similar short-lived pullbacks over the past few weeks, charts are showing signs of a potential rounding top, that could mean sharply lower prices in the weeks ahead if we don’t see a bounce in the next few days.  Of course, it’s too soon to make that call, and we’ll need to see another pullback of 5% or more before the bullish trend can be called broken.

The pullback in futures didn’t get moving until around midnight, well after the API reported its inventory levels for the week Tuesday afternoon, and yet those stock builds are getting some of the credit for today’s selling. Based on the timing of the pullback, it seems like that part of the selling was caused by the realization that even though there were numerous refinery hiccups on the West Coast, and multiple power outages at terminals on the East Coast, the severe weather sweeping the country this week is ultimately likely to have a more negative impact on fuel demand than supply.

Zombie Storm?  The NHC is giving 40% odds that this Nor’easter could develop into a named storm after moving off the US Coast later this week. Fortunately, it does not appear that this storm will come back to haunt the coast on Halloween as the path keeps it moving east and away from shore…for now.

The API reported inventory builds across the board last week, with crude oil stocks up 2.3 million barrels, diesel up just under 1 million barrels, and gasoline up by about ½ million. The EIA’s weekly report is expected at 9:30 this morning. One interesting note from the API report, even though total US crude stocks have been steadily building over the past month, stocks at the Cushing OK hub (which is the delivery point for the WTI futures contract) continue to decline.   This phenomenon could create a scenario where the short squeeze in futures drives WTI sharply higher, even while physical markets elsewhere aren’t feeling the squeeze.  Long term, this may continue to drive liquidity to the Houston-based contracts that have been gaining popularity in recent years.

Meanwhile, the EIA’s winter fuels outlook is predicting higher expenditures for all heating fuels this winter as prices for many energy contracts are already at multi-year highs even before the first rounds of cold weather start to hit parts of the country this week. The report also highlights how the pull from overseas is contributing to tighter than average supplies. (Charts below)

Looking for a reason to buy this latest dip in prices?  Saudi Aramco warned that spare capacity is rapidly dwindling, suggesting it’s unlikely that OPEC changes its resupply stance when they meet next week. 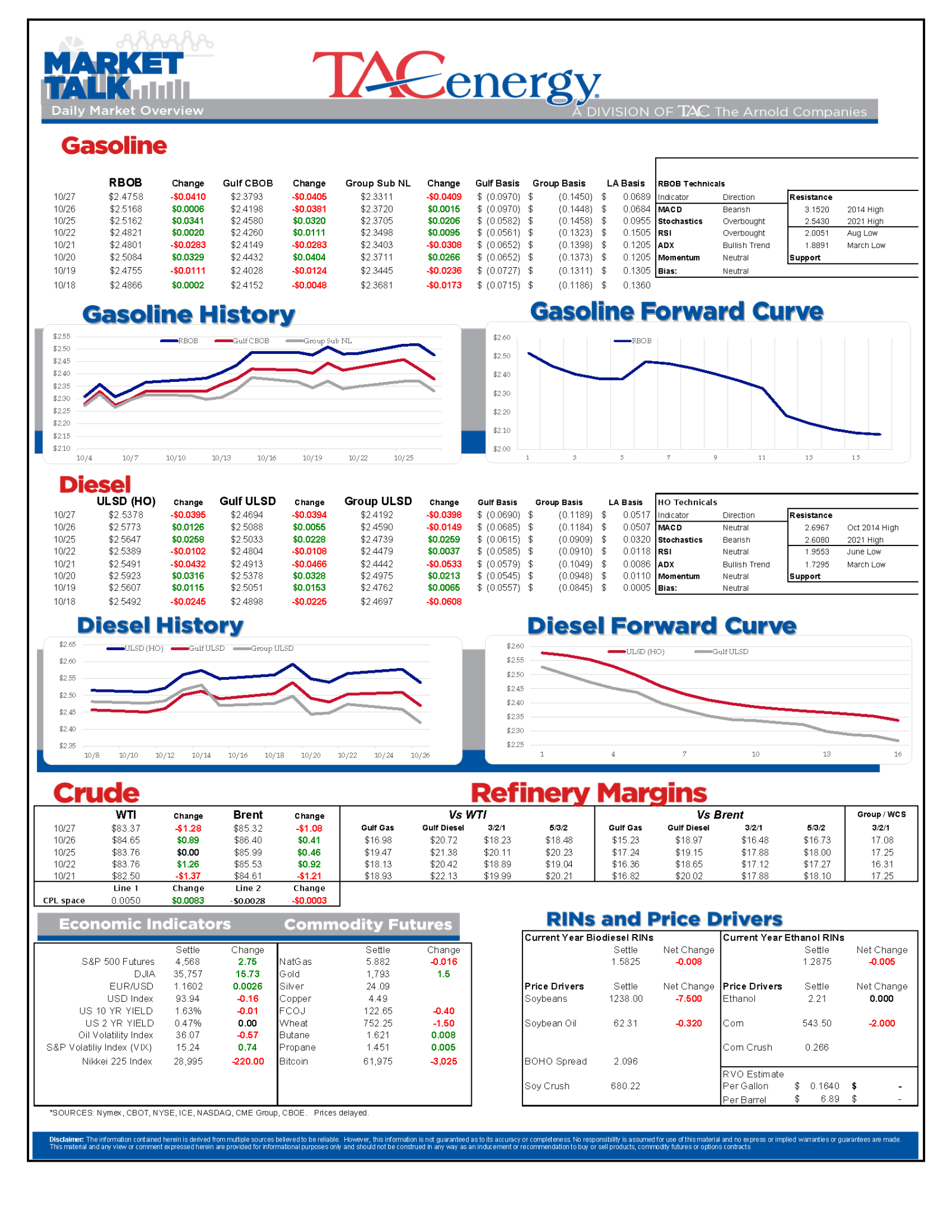 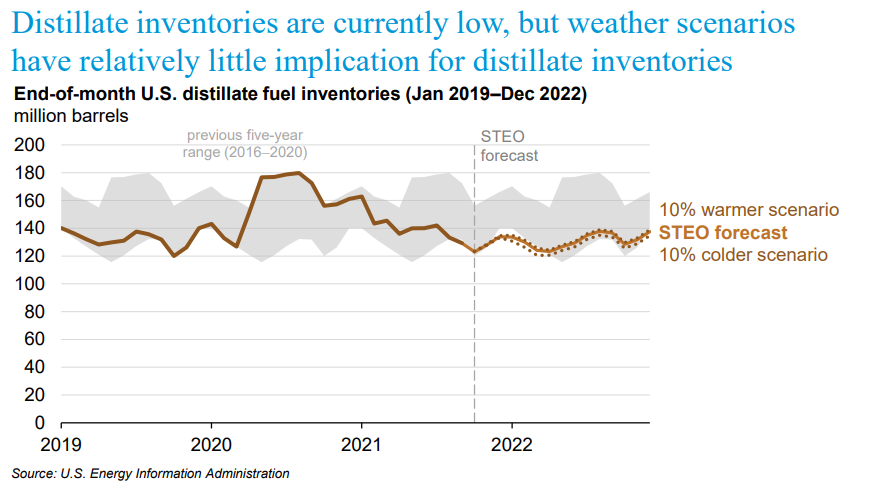