Energy Futures On Pace For Gains

Energy futures are once again reaching new nine-month highs this morning, and are on pace for a seventh straight week of gains, while the S&P 500 is poised to hit new all-time highs. Progress towards new fiscal stimulus in congress, a promise from the FED chairman to stand by with more monetary stimulus if needed, and some better-than-many-expected inventory data are all seeming to contribute to the rally in both energy and equity markets.

This latest breakthrough on the charts leaves little in the way of short term technical resistance, giving WTI a path to make a run at $50. ULSD charts are similarly open to a run at $1.60 after touching $1.50 for the first time since March 5 overnight, but RBOB will face an earlier test at the August high near $1.44 that’s just six cents from current values. All of the petroleum contracts have some sort of overbought short term technical indicators however, suggesting that they’re overdue for a short term correction.

A major winter storm just dumped more snow on New York City than it got all of last winter, but with most people already working from home, this system does not yet seem to be the major demand disruptor that it would have been in a normal year.

Yesterday’s DOE report had a decline in oil stocks despite a pullback in refinery run rates, as the U.S. import/export flows normalized as expected. The government’s estimate for gasoline demand was better than many predictions based on various evidence at street level of sharp declines in consumption as the lockdowns pick back up. Diesel demand also saw a nice recovery on the week, and is holding near its five-year average for this time of year, a remarkable feat given the drastic reduction in diesel-burning activities like mass transit.

Speaking of which, the EIA this morning published a look at fuel demand over the week of Thanksgiving, compared to last year, noting that gasoline consumption was down 12%, and jet fuel demand was down 42%, but distillate demand was actually 7% higher year on year. 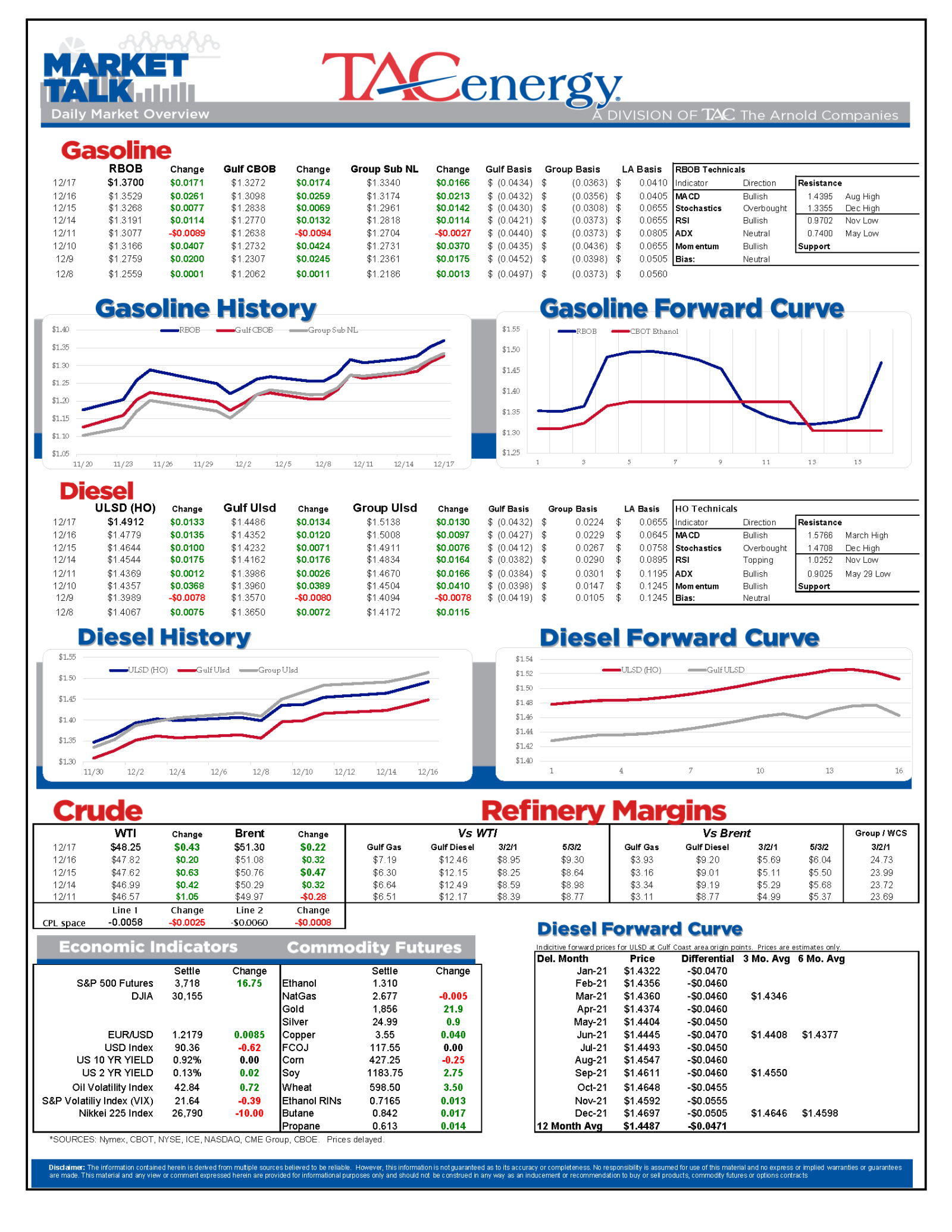 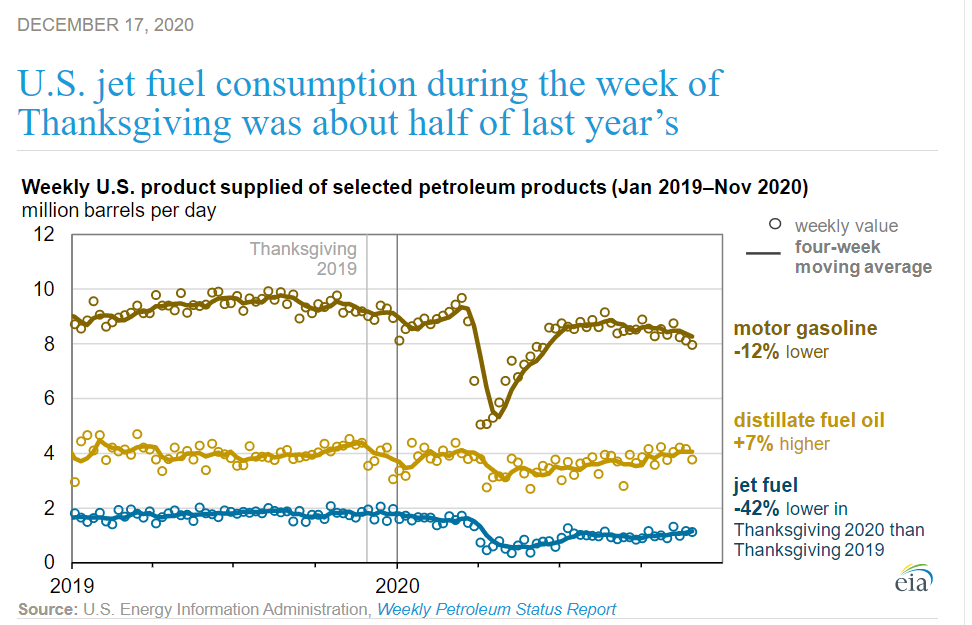 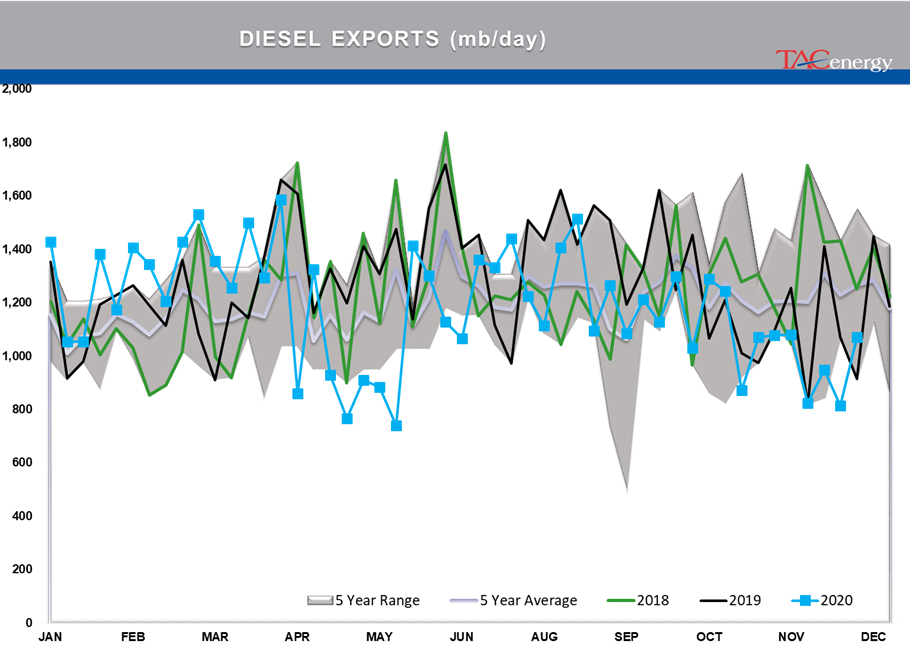