Welcome to 2019, please buckle up, it looks like we’re in for a wild ride.

Energy futures kicked off the new year with stylish volatility Wednesday, as both refined product contracts bounced more than 10 cents/gallon off their overnight lows, only to fall back by more than a nickel from their morning highs by the time prices settled. So far today’s session has been a mirror image with 2 cent overnight losses turning into 4 cent early morning gains.

The 10-minute-bar chart of WTI below shows how yesterday’s a heavy influx of volume pushed oil prices up by more than $3/barrel in just a 90 minute span. The speed and volume combination suggested to many market participants that the move was driven by large funds deploying capital that had moved out of energy commodities during the Q4 sell-off.

Due to the government shutdown, we haven’t seen an updated commitment of traders report from the CFTC in two weeks, and it could be a while before we know whether or not this latest bounce is driven by the big funds. The EIA has been funded despite the shutdown, and will release its weekly status report tomorrow. The Federal Oil Spill fee expired (for the 2nd straight year) on 12/31. While many expect the fee to be included in whatever bill ends the shutdown, since last year’s reinstatement did not include a retroactive recovery of that tax, most suppliers have decided not to collect the fee in the interim.

Equity markets are seeing a similar bout of yo-yo trading with most US indices erasing heavy losses from early in Wednesday’s session, only to see another round of heavy selling this morning. For a 2nd day, it’s China taking the blame for the early sell-off, as Apple reduced its revenue expectations due to a slowing Chinese economy. The silver lining in the bad news from China? Some believe that the slowdown will force the world’s two largest economies to end their trade tantrums. 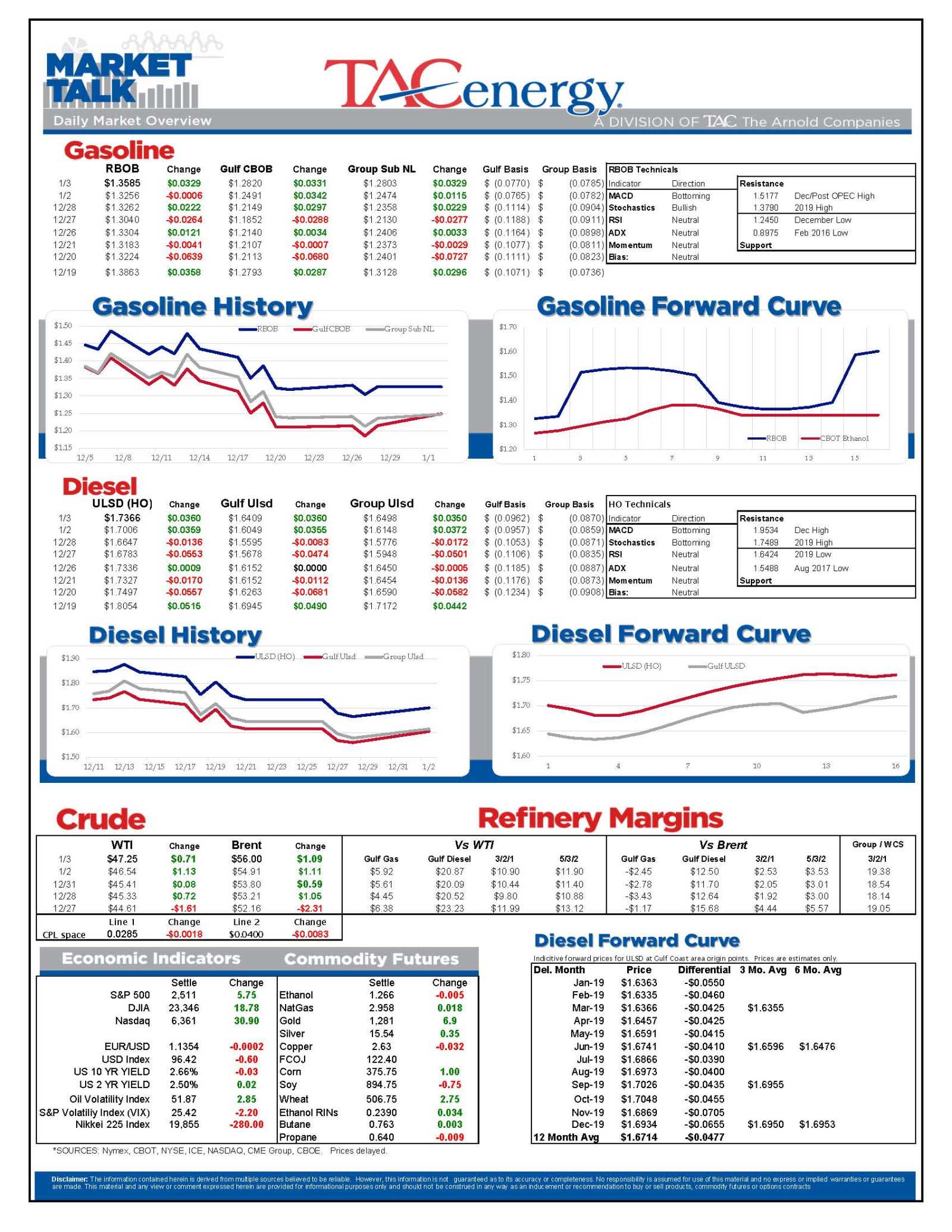 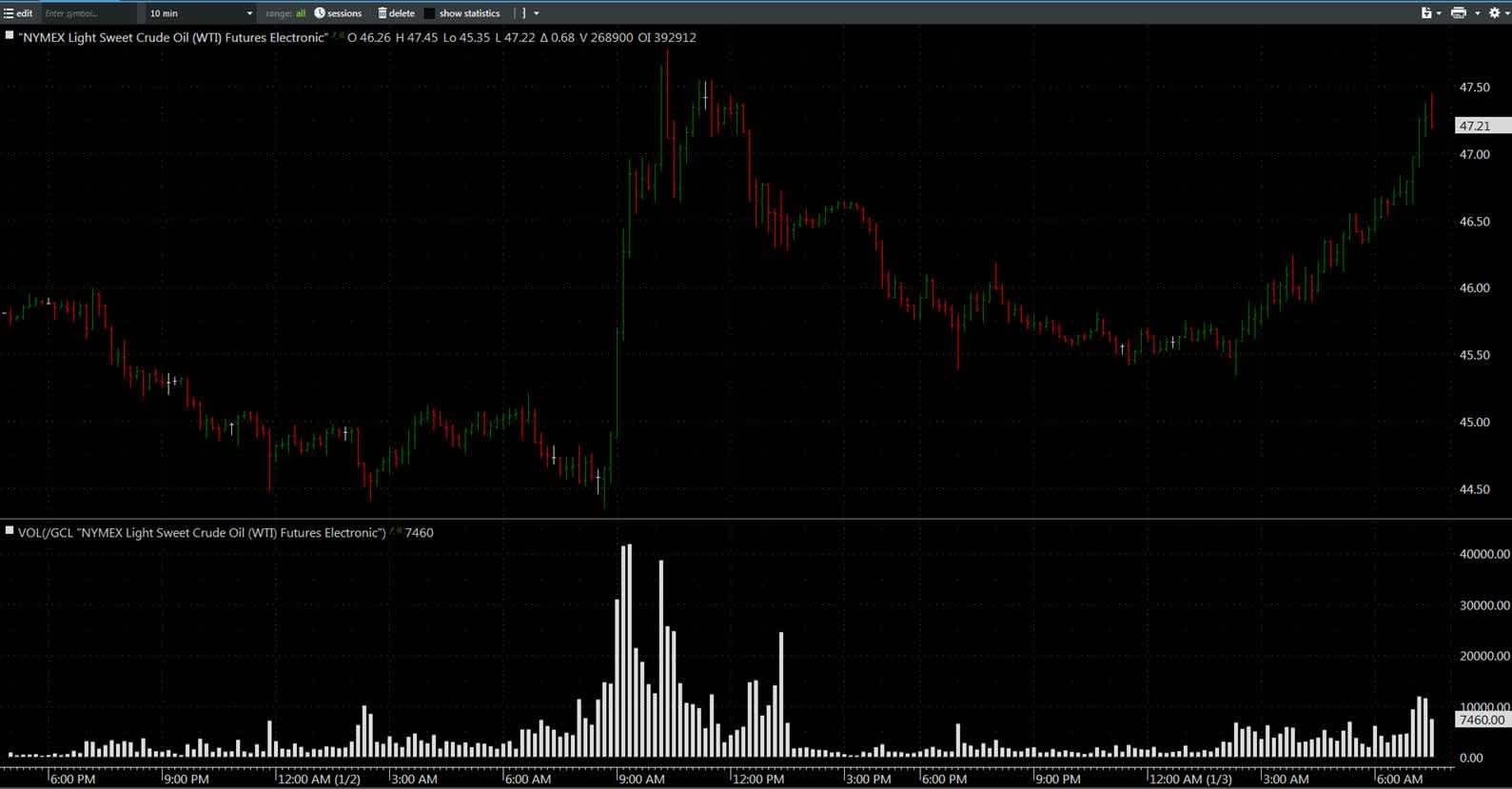 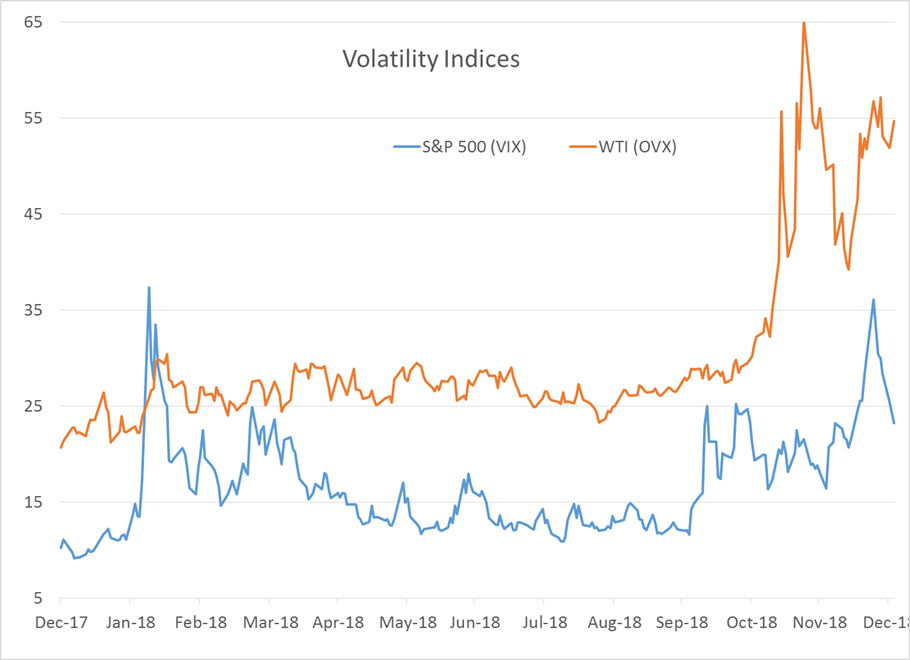