Energy Futures Hold Up In The Face Of Fear Trade

There’s a risk off mood to start the week as markets around the world are seeing a round of heavy selling pressure. Contagion fears are once again making headlines as an expected debt default by a huge Chinese real estate firm – which owes a tidy $300 Billion – seems to have spooked markets far and wide. There are also concerns about how the FED’s open market committee will telegraph the end of its latest money printing program when it meets later this week.

So far, energy futures are holding up relatively well in the face of this fear trade, holding technical support overnight, keeping the potential for another push higher later in the week alive, whereas US equities are already pointing to 2 month lows at the open.

The National Hurricane Center is tracking 4 more systems in the Atlantic after Tropical Storm Odette came and went Friday without creating any notable disruptions. Peter and Rose were both named over the weekend, but neither appear to be a threat to the US coast. The last storm in line looks like it could be on a path towards the Caribbean however, giving it a chance to grow and potentially head for the Gulf of Mexico next week.

An earthquake near Los Angeles Friday led to at least one area refinery losing power. So far it does not appear that there were any injuries or major damage as a result of that quake. 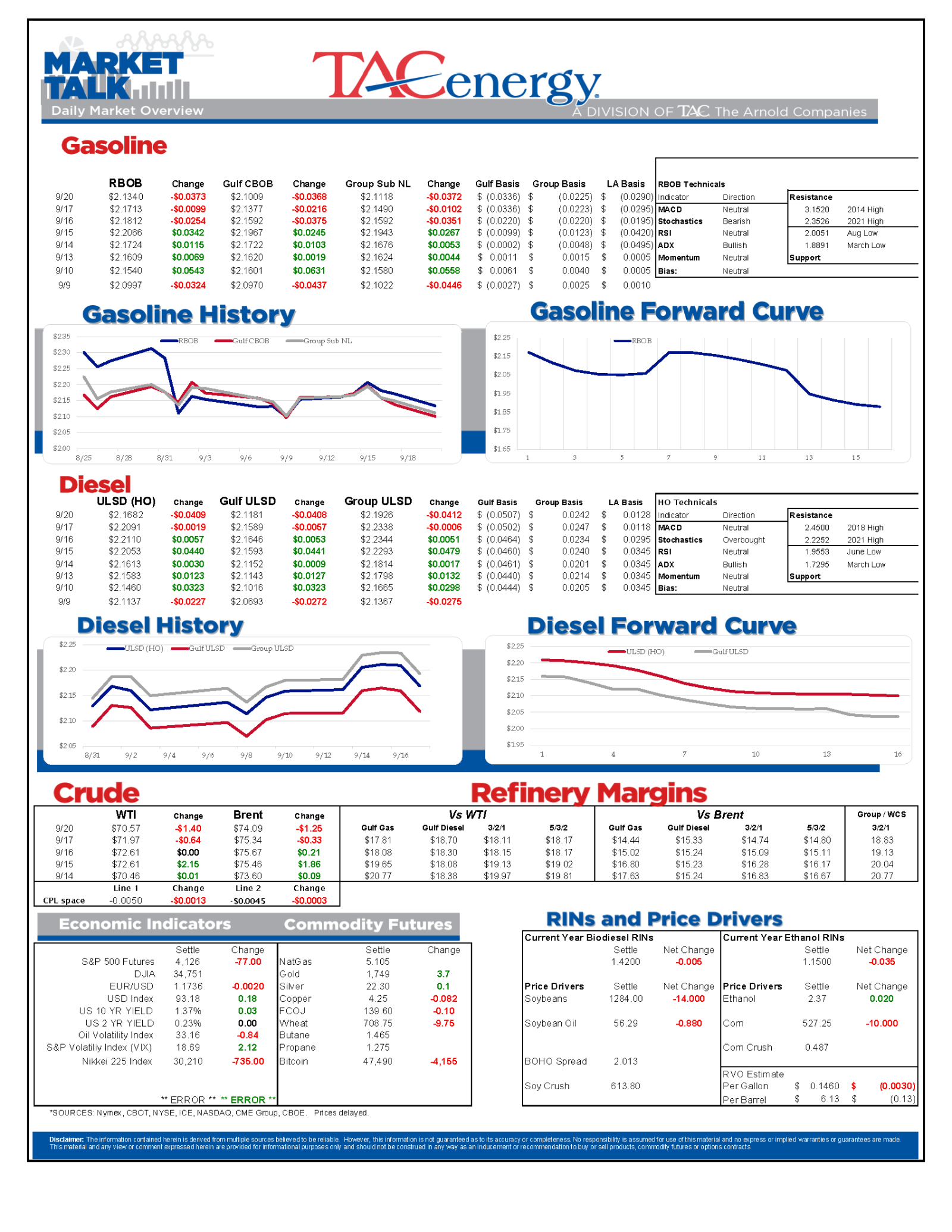 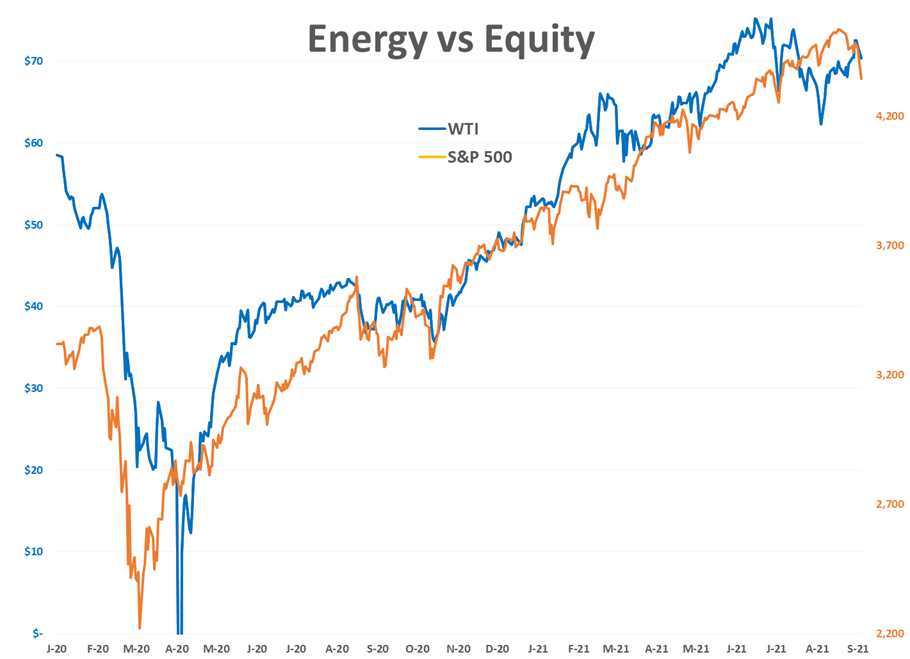 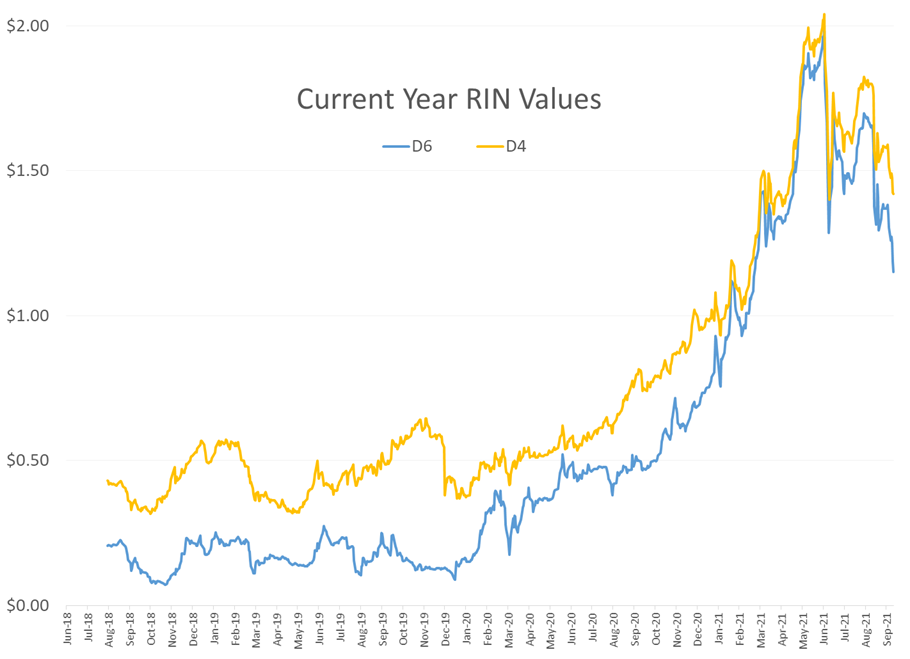