Energy futures has pulled back from the highs seen during yesterday’s abbreviated trading session. The prompt month diesel contract has come down almost 15 cents since yesterday while WTI, America’s crude oil benchmark, made a run at the $90 level before pulling back and is now trading around $87 per barrel. New York gasoline is now trading just on the green side of flat, exchanging hands just half a cent above Friday’s settlement.

OPEC+ (aka OPEC & Friends/OPEC+Russia) surprised the energy market yesterday, announcing a small production cut for October, and spurred bullish price action Monday. Futures markets have cooled so far this morning after digesting that this “new” production level is just a reversion back to August’s supply expectation. The cartel bumped September’s production amount after meeting with the US President but has since clarified that increased supply was intended to be for one month only.

While not necessarily adding bearish sentiment, Russia’s declaration that it will respond to any imposed price cap on its oil exports by shipping to Asia will certainly be considered by anyone wanting to get long on oil. This announcement comes after the Group of Seven (G7) endorsed imposing a maximum price Russia could sell its oil for in order to trim the Kremlin’s hardy energy revenue stream. While requiring Russian’s to sell their product at discounts to current market value may seem like a great plan among the G7 countries, the idea’s practicality will hinge on compliance among several Asian countries, namely India and China.

The Atlantic hurricane season is continuing to ramp up so far this month. As hurricane Danielle continues to make it’s way Northeast in the top half of the Atlantic, Tropical storm Earl organized over the long weekend and will likely follow roughly the same path as it’s predecessor, steering clear of the US mainland and moving north, out to sea. Industry operators will still be keeping an eye on the couple of systems coming West off the coast of Africa as the closest of the pair has a 60% chance to exhibit cyclonic development over the next week. 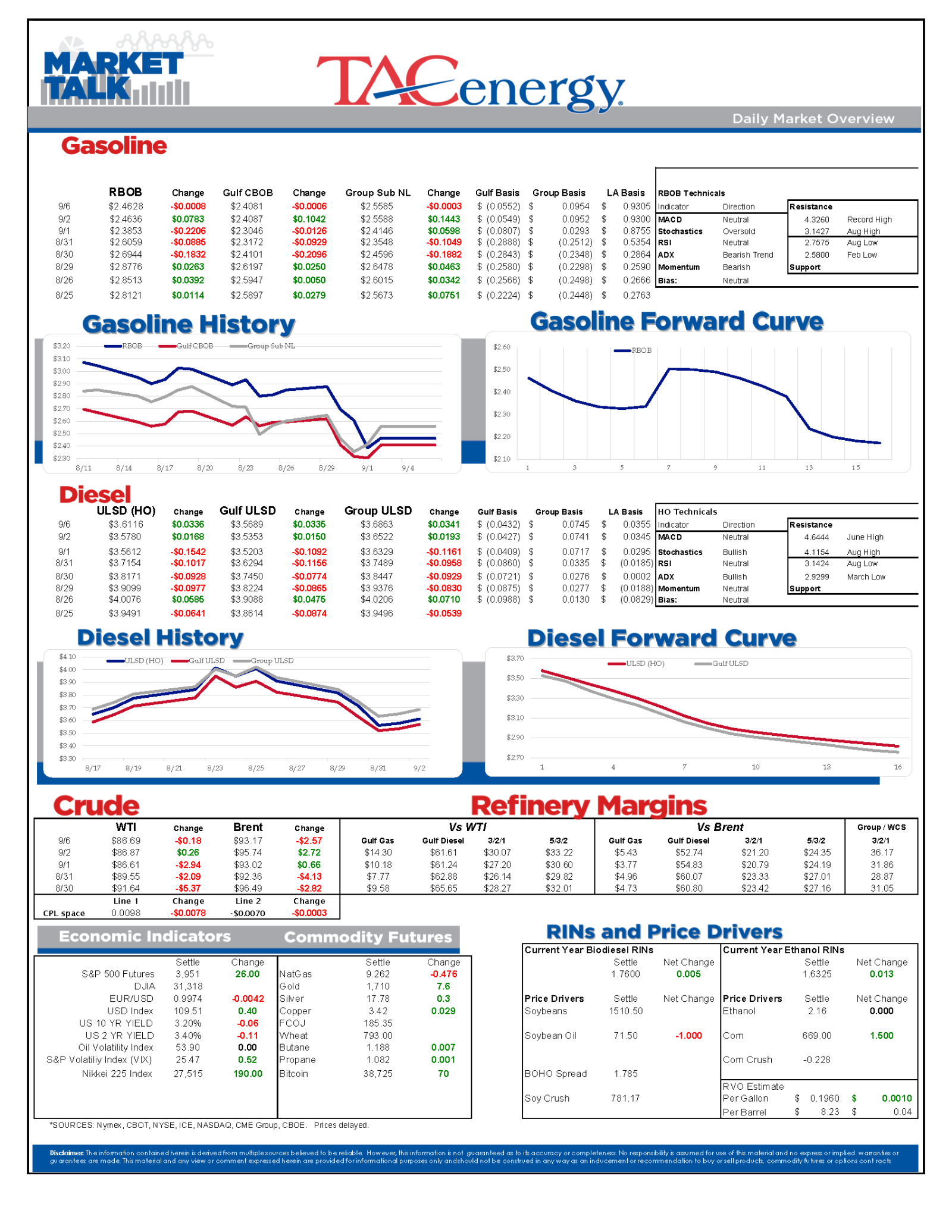 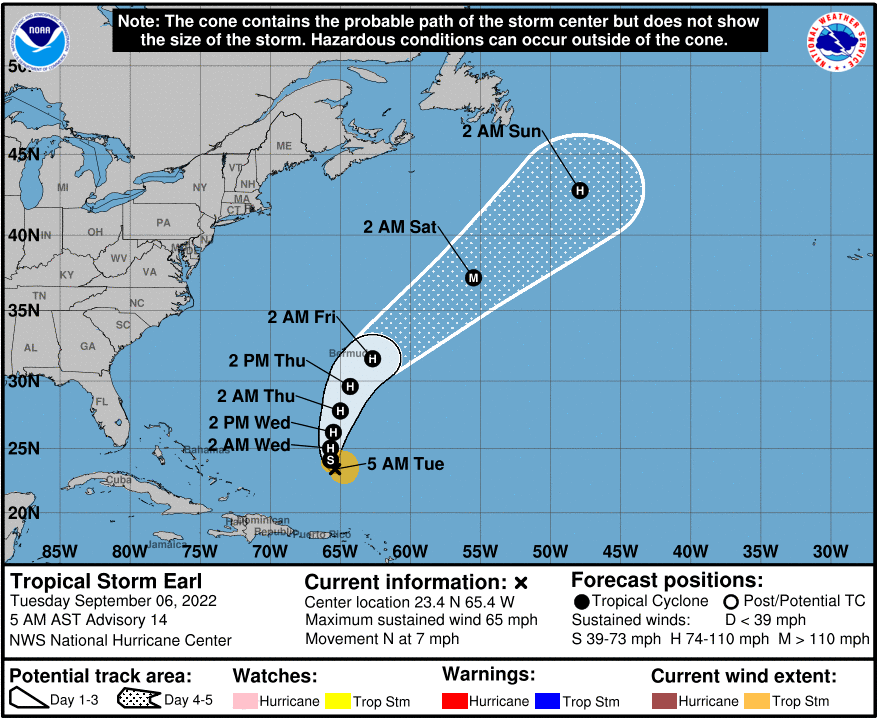 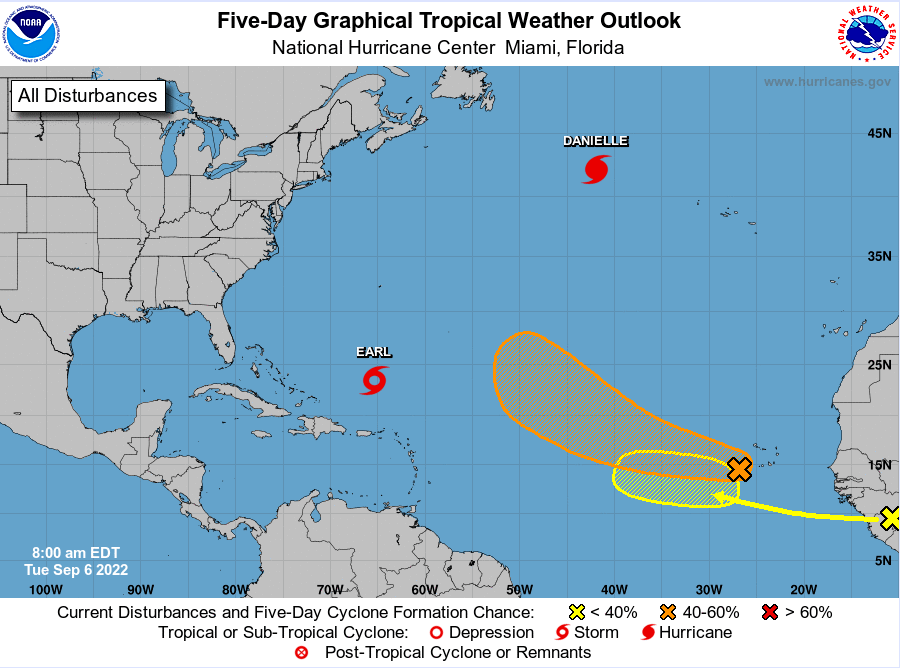