Energy futures are going nowhere to start Wednesday’s session, as it appears that demand fear continues to outweigh supply fear.

Tuesday’s session was highlighted by a failed rally attempt, that seemed to run out of steam mid-day when US equity markets reversed course from early morning buying to heavy selling. A decline in US manufacturing is getting credit for the selling in both asset classes.

Oil prices did attempt to rally back after the API was reported to show a large draw in US crude stocks in their weekly report released Tuesday afternoon, but as has been the case frequently over the past few weeks, were unable to sustain that brief buying spree. The industry group reported a 5.9 million barrel decline in oil inventories, a 1.7 million barrel draw in distillates, while gasoline stocks increased 2.1 million barrels. The EIA’s weekly report is due out at its normal time this morning.

While normally an afterthought in the weekly inventory reports due to its “island” status in the fuel supply world, PADD 5 activity should be watched closely for signs of what may happen next in the epic gasoline rally taking place along the West Coast. LA spot markets did see their first decline in 7 trading sessions Tuesday, but remain more than $1/gallon over futures and most spot markets in the rest of the country. Today’s inventory report may give a signal if that pullback is a temporary respite, or the first sign that the bubble is about to pop.

RIN values got a boost Tuesday after reports that the White House had forged a compromise between Big Ag and Big Oil groups to reallocate some of the RINs exempted from small refineries. Details are yet to come, and similar rumors have been floated for more than a year, so there’s definitely a bit of wait and see in the market reaction. 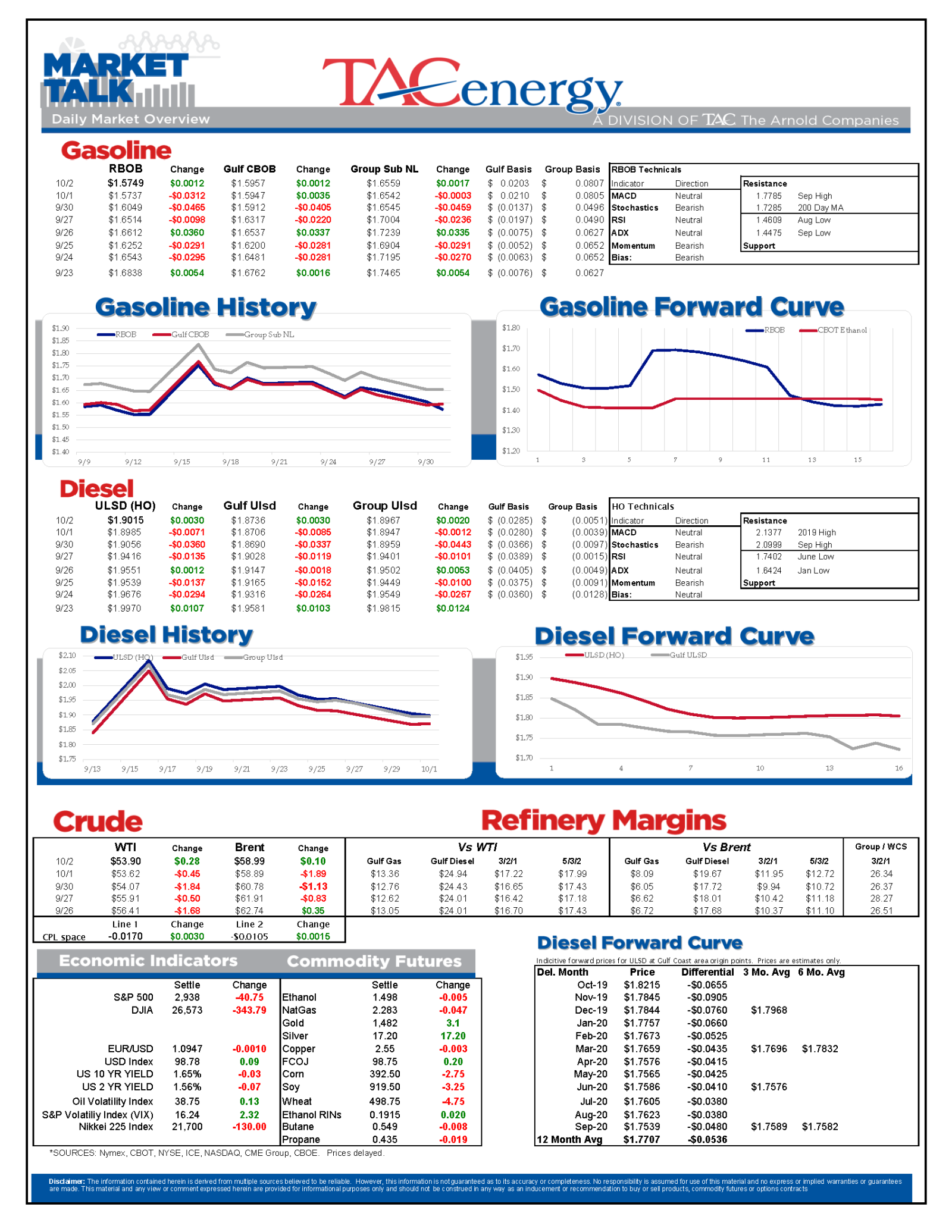 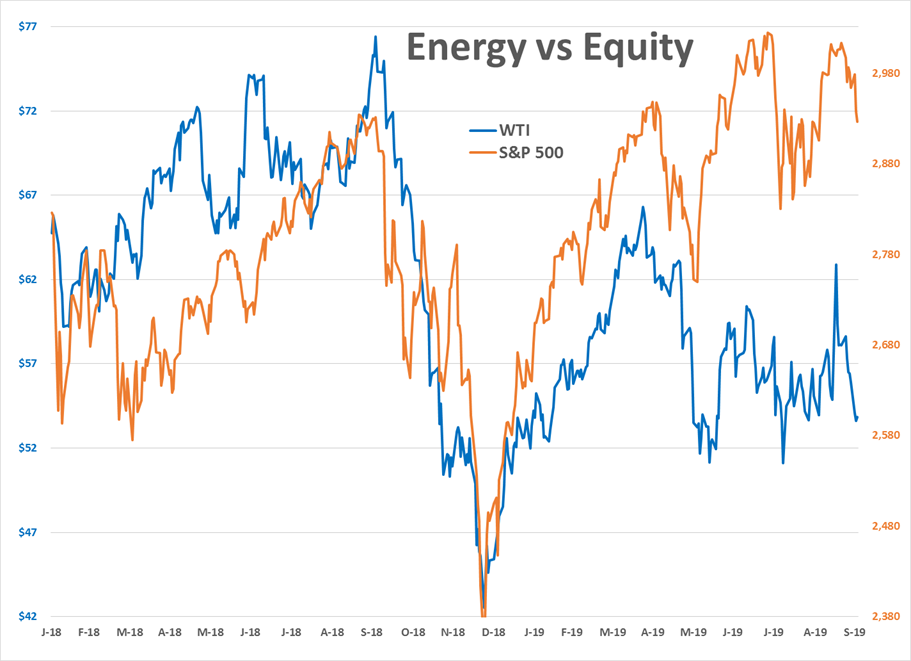 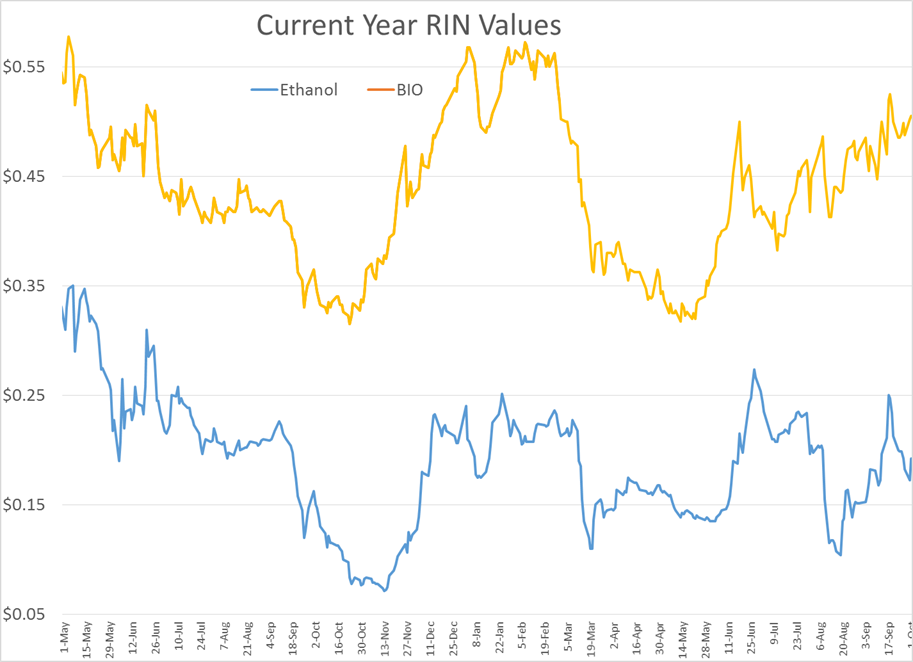