After a strong Friday finish, energy futures are facing a modest wave of selling to start trading this week, although prices remain stuck in their sideways pattern for now. Reports that OPEC and friends will be pushing for easing oil output cuts at their compliance meeting this week are getting most of the credit for the early sell-off in energy contracts, as U.S. stocks are pointed to a higher open.

Tropical Storm Fay made landfall in New Jersey Friday, the first tropical storm to hit the state in 9 years, dumping heavy rain and causing some flooding in the region before quickly moving on and losing strength. Although there’s some expectation that vessel traffic was delayed by the storm, there have not yet been any major impacts on energy infrastructure reported.

The P66 Bayway refinery had been shut down due to unrelated power issues before the storm hit, and workers were attempting restart just as the storm was making its way onshore. It’s unclear at this time whether the plant has been able to successfully restart, and those results are likely to move product prices this week. News of the shutdown helped NYH cash RBOB prices rally more than four cents on Friday.

Losing interest: Open interest in WTI contracts have fallen to their lowest level in almost a year, while the OI in Brent contracts dropped to pre-COVID levels last week. The mass exodus from the U.S. Oil fund and other retail investor scams products investing in “oil” are likely a key contributor to those declines. Money managers continue to be unenthusiastic about petroleum holdings in general with minimal changes in any of the big 4 petroleum contracts last week.

Another week, another record low for drilling activity. Baker Hughes reported an 18th straight week of declines in their drilling rig count. Texas shale basins appear to account for the entire drop last week, and make up more than half of the total decline this year. A WSJ article takes a deeper look at what that rapid decline has meant for the economy in West Texas. 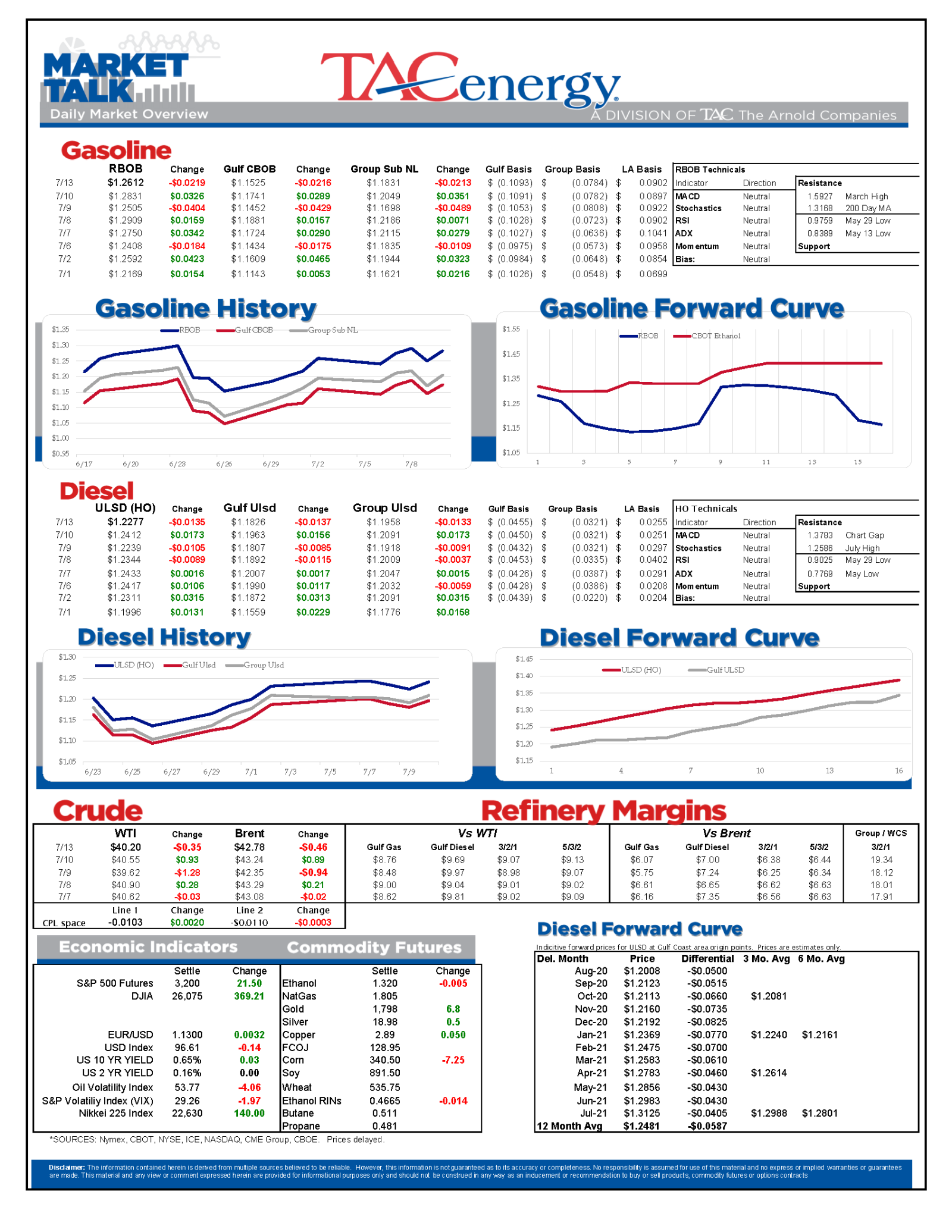 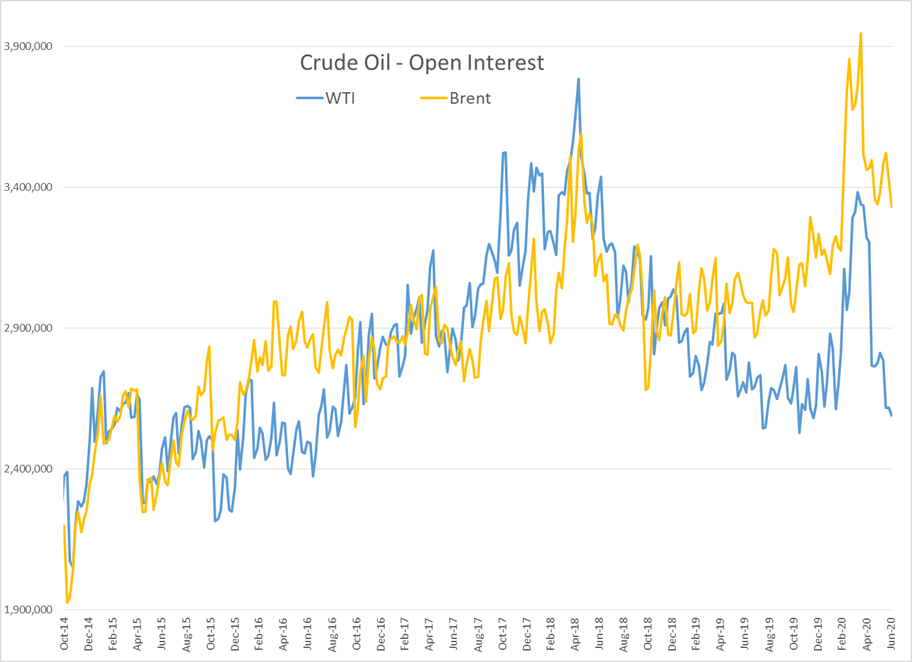 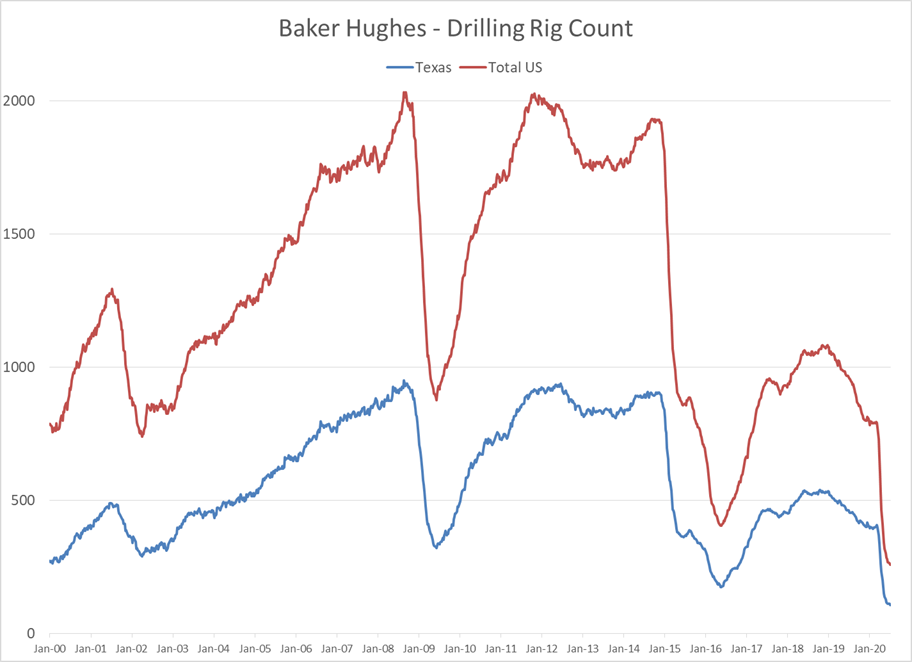