Energy Futures Dropped 5% In The Past Two Trading Sessions

Energy futures dropped 5% in the past two trading sessions as the bullish momentum seems to have finally worn off, and roughly 30 million Americans tried to avoid driving for a couple of days due to severe weather sweeping large parts of the country.

Depending on how wide of a brush you use to draw your trend lines, you can argue that the month old rally that added 20% or more to most contracts is officially dead, and we’re likely to see more heavy selling as a result. As is often the case with the charts however, it’s not that simple as some of the weekly trends are still holding, thanks in part to prices bouncing off their lows this morning, which could mean this is yet another correction rather than a reversal in trend.

Want a good reason why WTI isn’t falling as fast as the other contracts this week? Take a look at the Cushing Crude stocks in the charts below, which have fallen to their lowest level in 3 years. That was probably the most noteworthy point in an otherwise lackluster DOE report. Prices did attempt to rally for a few minutes after those stats were released as refined product inventories declined, but soon gave way to another round of selling, suggesting this move has more to do with technical factors than fundamental.

Q3 earnings for many oil producers and refiners are being released this week, and not surprising given the recovery in prices the results are looking strong and the outlook is good for Q4 given what prices had done so far in October. The climate theme is a major point in most of these earnings releases, and there will be no shortage of headlines over the next week given those reports, the congressional hearings and the COP26 meeting this weekend. 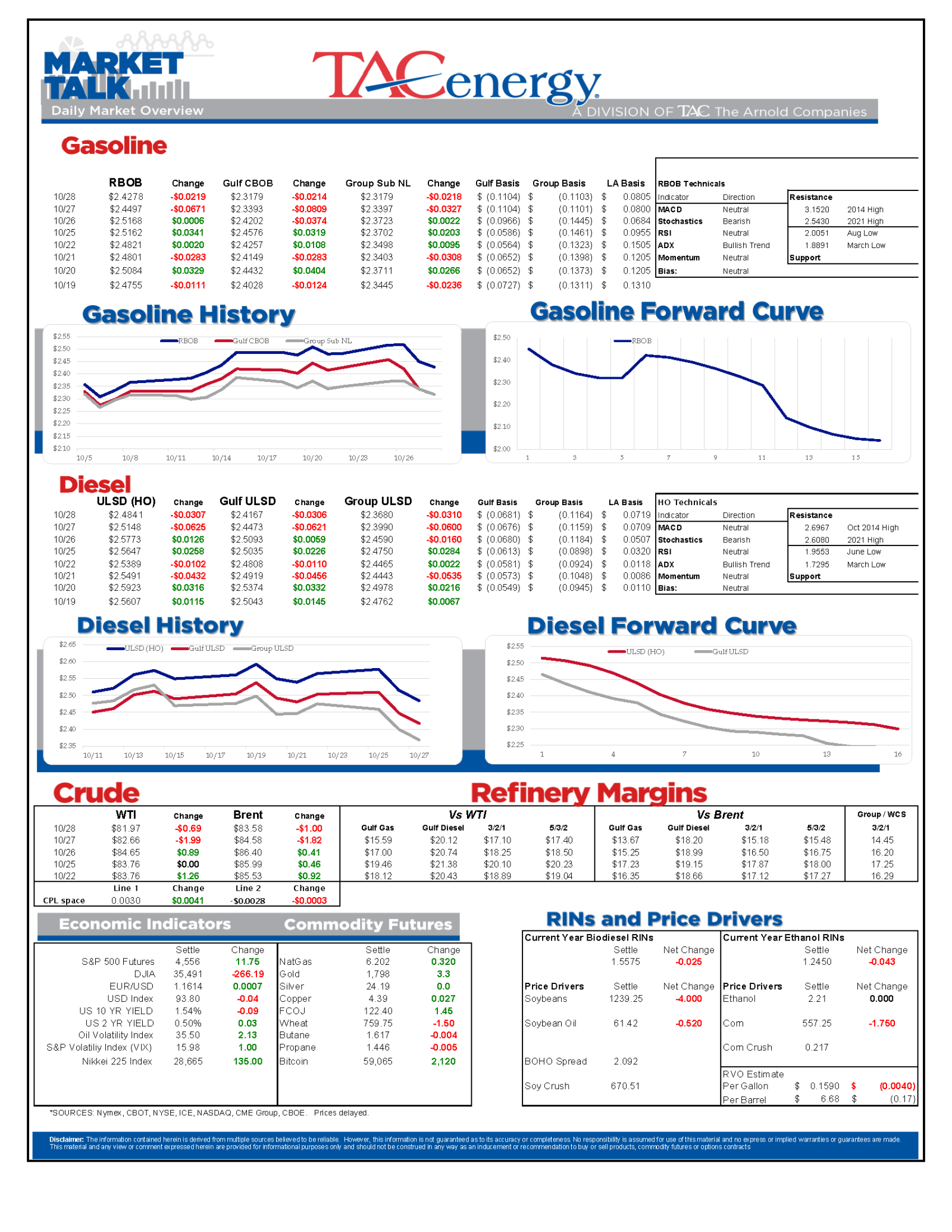 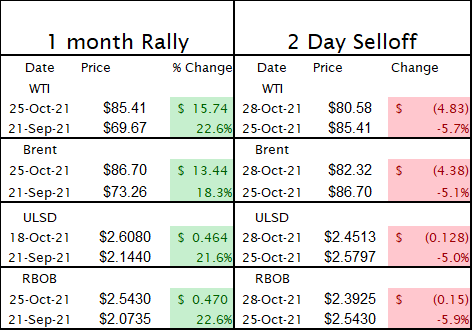 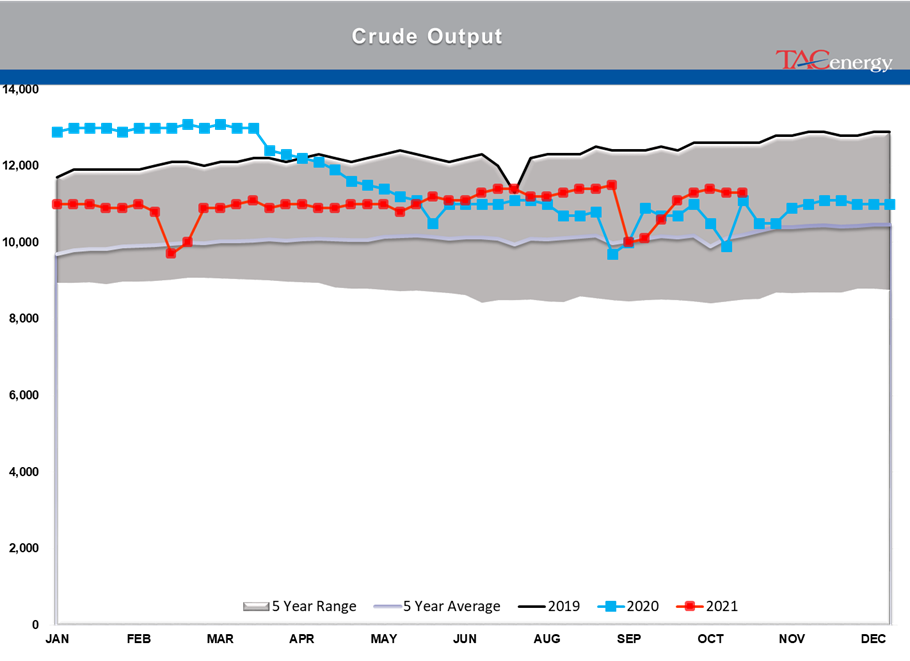