Energy futures continue to tread water for a 2nd day after reaching highs for the year earlier this week. Brent crude broke above $70 for the first time in nearly 5 months during Thursday’s session, marking a 30% increase for the year so far, before pulling back to hold in the mid-$69 range. The $70 mark does look like it could offer some resistance on the chart as an old support level from last August now reverses roles , but if Brent can break through $70, there’s not much on the charts to prevent another $5-10 of gains.

The most notable price action this week has come on the West Coast, where basis values for California gasoline grades have surged to 40 cents over futures prices due to ongoing refinery issues. Oddly enough, the state’s inventory reports show that it’s diesel production that appears to be suffering due to those outages while gasoline output remains in average territory, yet cash markets for distillates are only trading about a dime over the screen.

The March non-farm payroll report showed 196,000 jobs added in March, while the headline unemployment rate (3.8%) and “U-6” rate (7.3%) both held steady for the month. Stock and energy futures both ticked up slightly in the minutes following the report as it seemed good enough to allay fears of a pending recession, while not being so good that it would encourage the FED to reconsider its plan to stop raising interest rates this year.

The Dallas FED seemed to concur with the nationwide labor report in its economic activity report released yesterday. Employment in the state has stabilized since a small downturn late in 2018, but slower activity in energy-related fields continues to be a drag on growth. 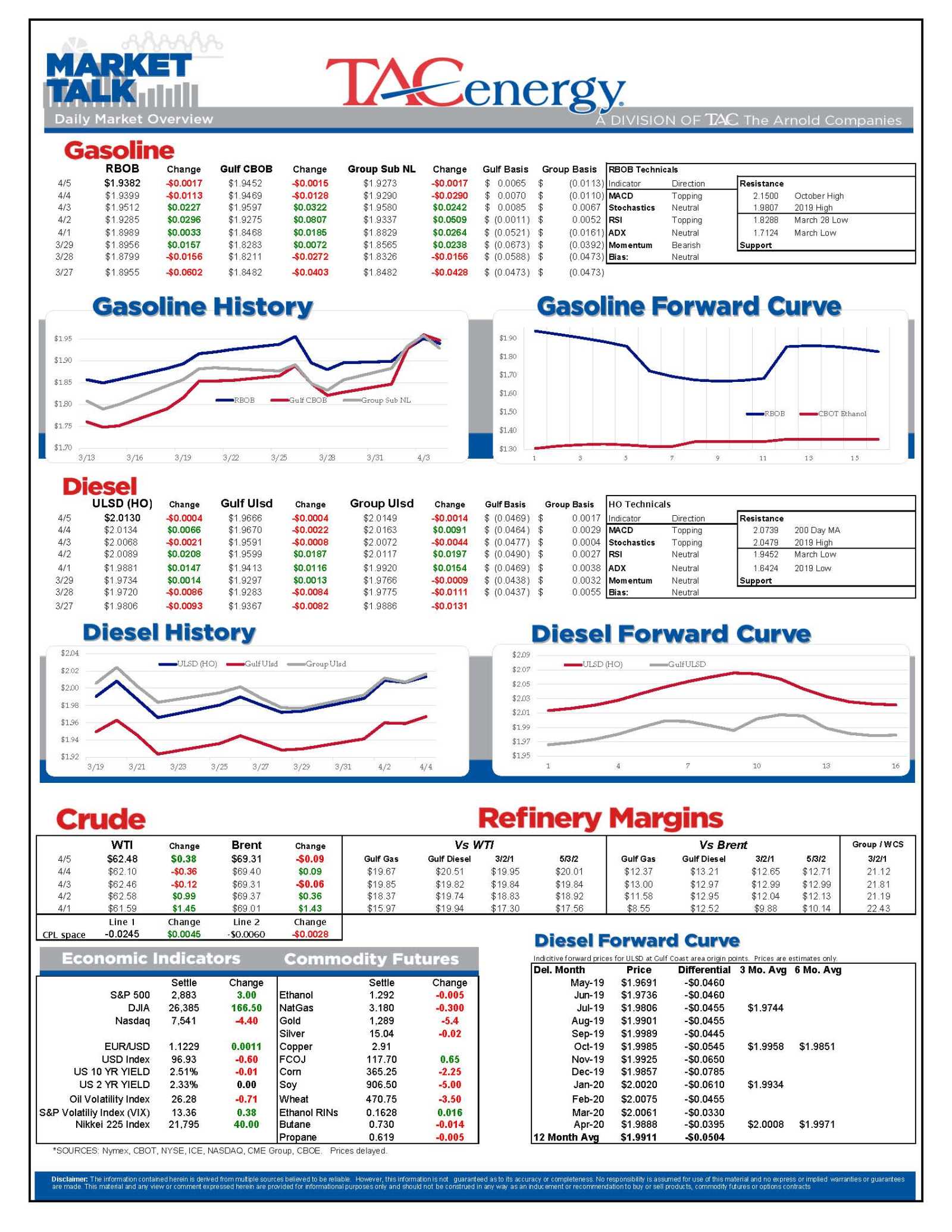 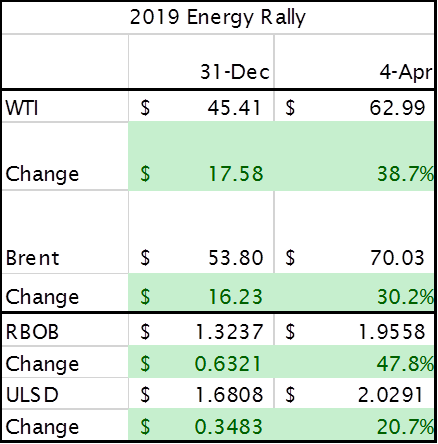 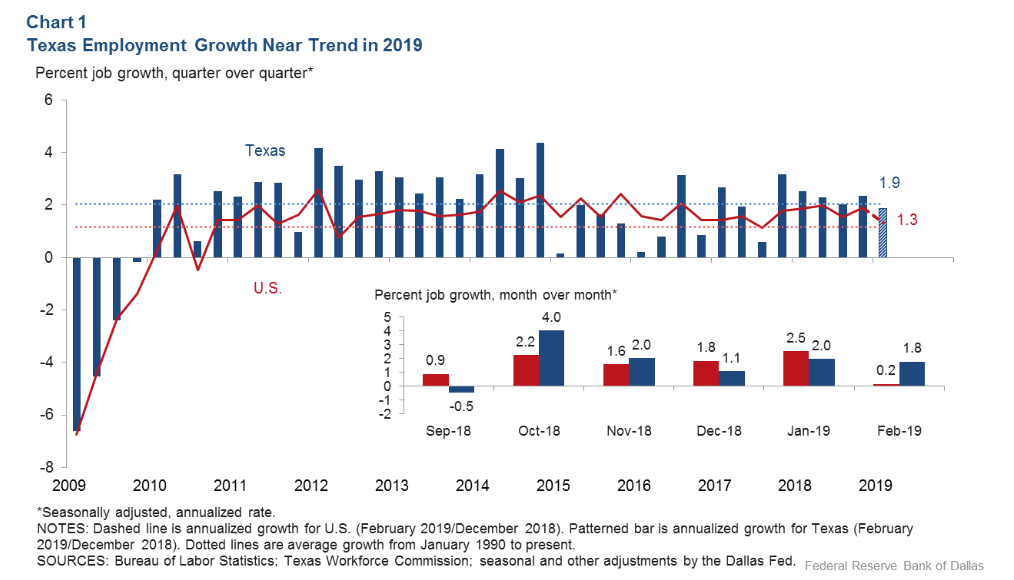