Energy futures continue to hover near multi-year highs, although the gains this week have been muted. That lack of conviction may suggest that buyers are growing weary after 8 months of strong gains, or it could just be some consolidation before the next big move higher. The difference is likely to be whether or not we can see prices push through to new highs over the next week or two.

Yesterday’s DOE report showed inventory draws across the board. RBOB futures did jump initially after the report, but quickly gave up those gains as it became clear that the inventory draw last week had more to do with a drop in imports than an increase in consumption. Evidence at the street level of a summer demand plateau seems to be confirmed in the DOE’s estimates, which appears to be giving buyers reason to pause after pushing gasoline prices to 7 year highs.

It seems like every day there’s a headline about Jet fuel shortages at airports across the country. Make no mistake, the shortage is not one of supply (even though this “expert” says it is)  – the charts from the DOE weekly report below how that nationwide supplies are above the top end of their seasonal range, and refiners have capacity to produce more (and would love to make more given the lack of RVO with Jet) as demand returns to more normal levels. The shortage is in the capacity for transportation as a driver shortage continues to challenge many industries, and is made worse in the case of jet fuel, because many shippers were forced to abandon their space on pipelines in 2020, and in some cases are struggling to get it back now.

It’s quarterly earnings reporting time and not surprisingly given the recovery in prices, oil producers are showing huge improvements over last year. The picture is not quite as rosy for oil refiners however, even with big gains in crack spreads, many are still seeing operating losses at some plants, with the RFS taking much of the blame.

Click here to download a PDF of today's TACenergy Market Talk, including all charts from the DOE’s weekly status report. 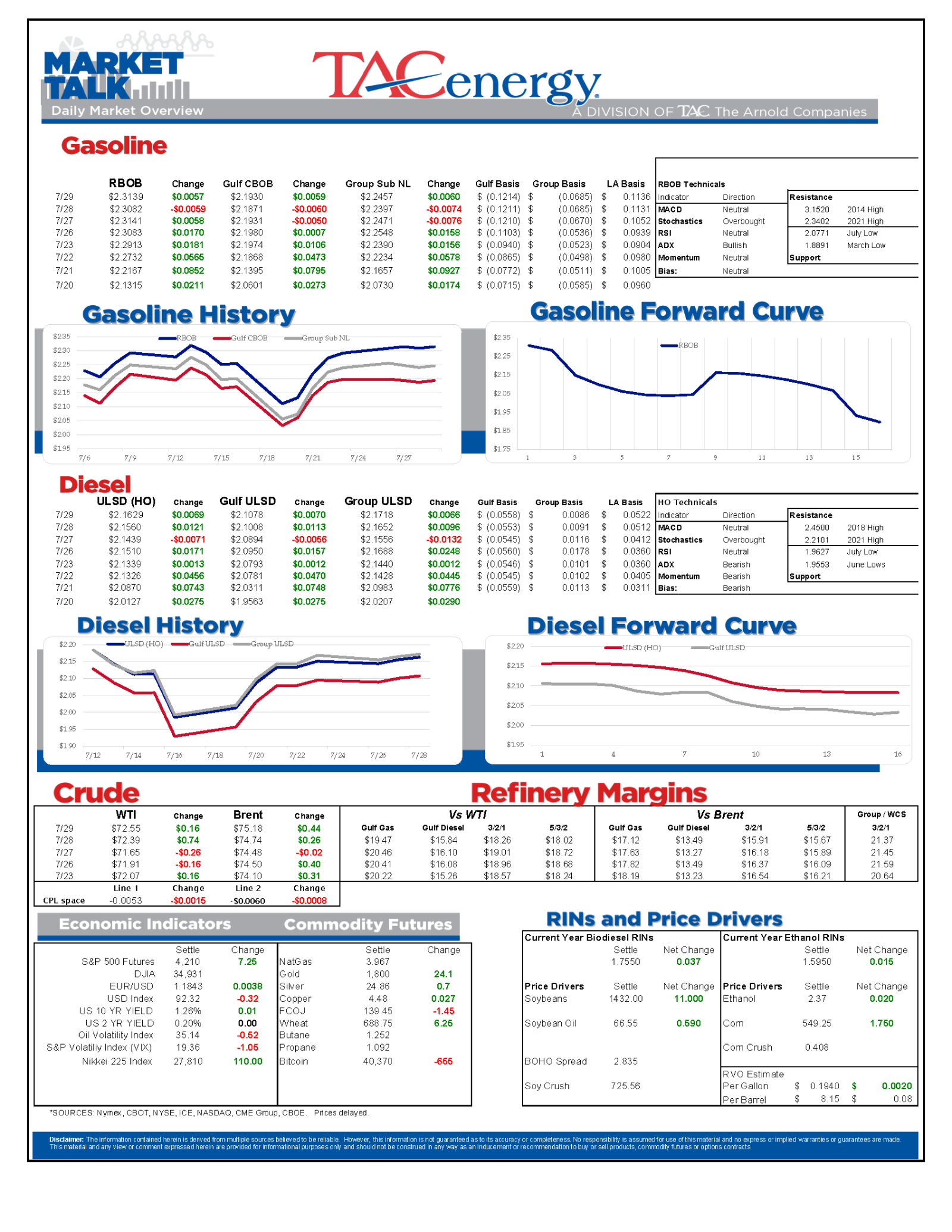