For a third straight day, energy futures are attempting to rally. We’ll have to wait and see if the early gains can hold, unlike the previous two sessions in which the early morning gains turned to afternoon losses.

Wednesday’s reversal was driven by some ugly demand numbers reported in the DOE’s weekly status update that led to large builds in refined product inventories. While crude stocks did see a draw – and output was curbed 300,000 barrels/day due to Barry – traders were more focused on the weak consumption figures, which are coming just when US refiners are poised to crank up to maximum output levels, which could make for sloppy supply markets this fall. The report was also seen as a warning sign for equity markets that the US economy may in fact be slowing.

Reports that Iran was now seizing the tanker ship that it had previously towed for repairs is getting some credit for the early bounce in prices this morning, although given the tiny size of the ship (6,200 barrel capacity, vs a 2 million barrel capacity for a VLCC) there won’t be any direct impact on supplies. The move could also weaken Iran’s negotiating position after it’s boats were unable to intercept a “grown up” British ship last week, and had to settle for a small disabled boat now.

Meanwhile, Russia is signaling it would like to join an EU payment channel to help Iran circumvent US sanctions. While that may be just more meddling than any game changer for oil markets, if successful, that payment channel would only mean more oil supplies reaching the global market.

Notes from the DOE Weekly Report:

While the product builds and weak demand figures made the headlines, the export charts below show how in the new era of energy production in the US, a storm like Barry actually has more impact on fuel leaving the US than coming in. As long as the refineries continue to operate (as almost all did during this storm) the disruption in boat traffic is likely to be bearish for product prices. 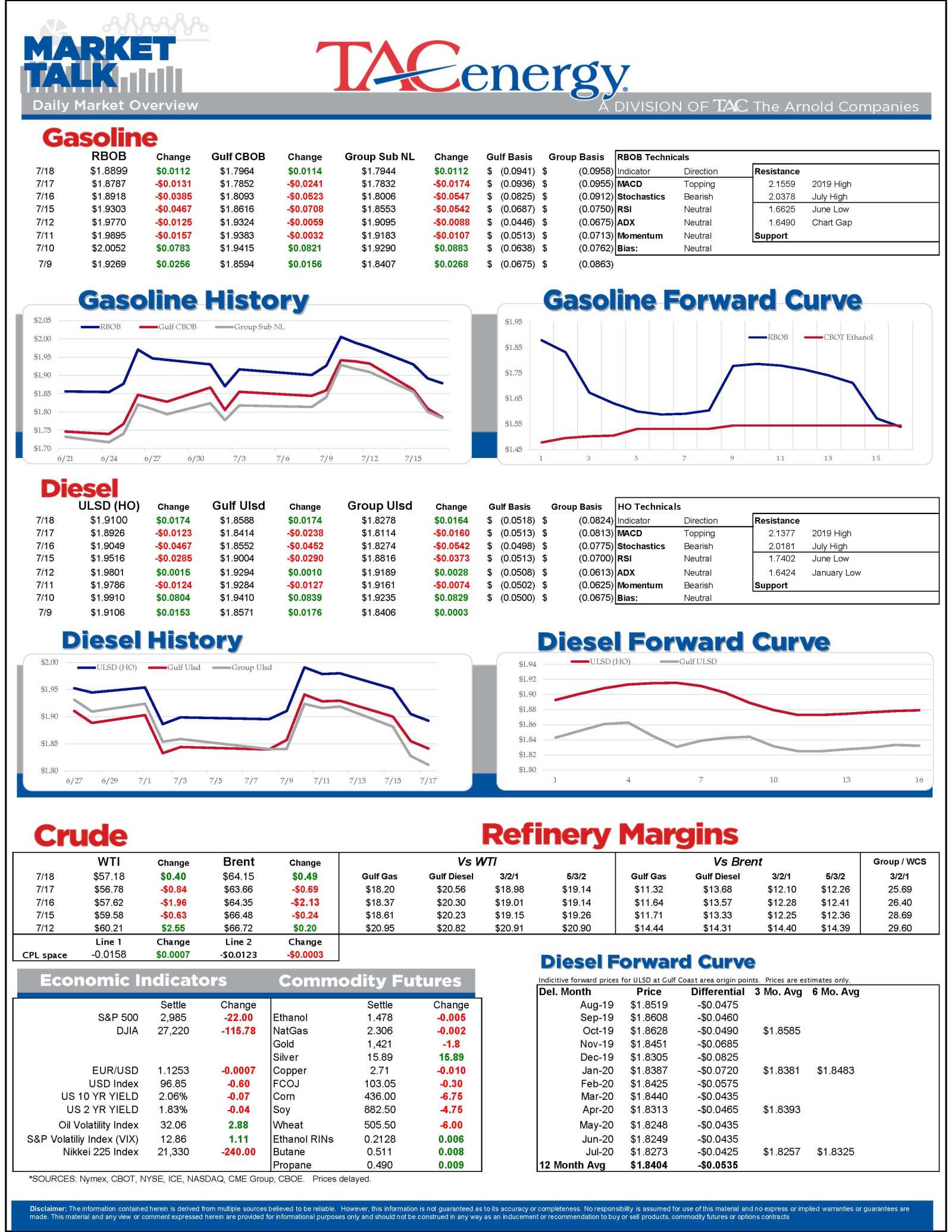 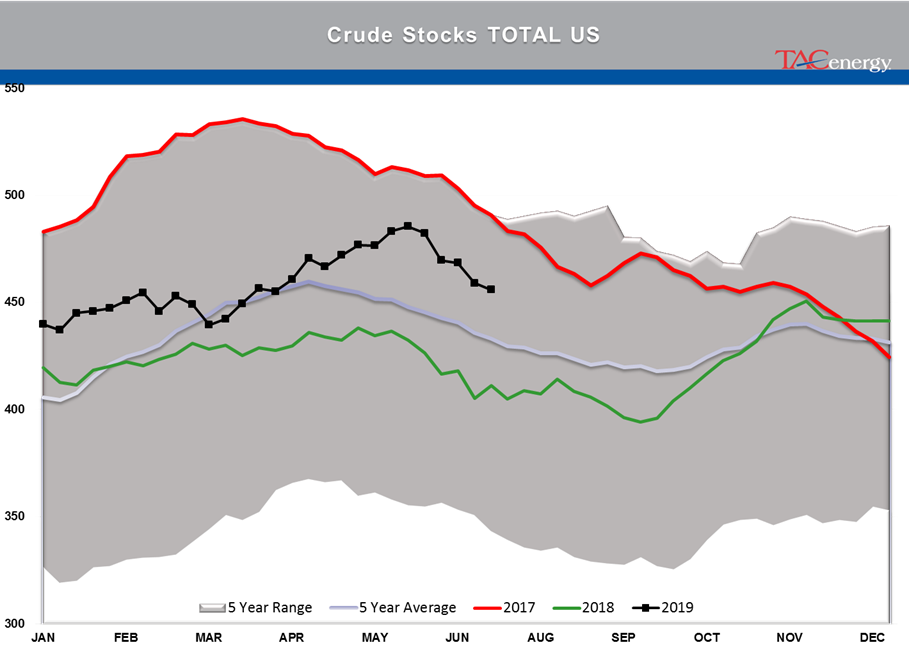 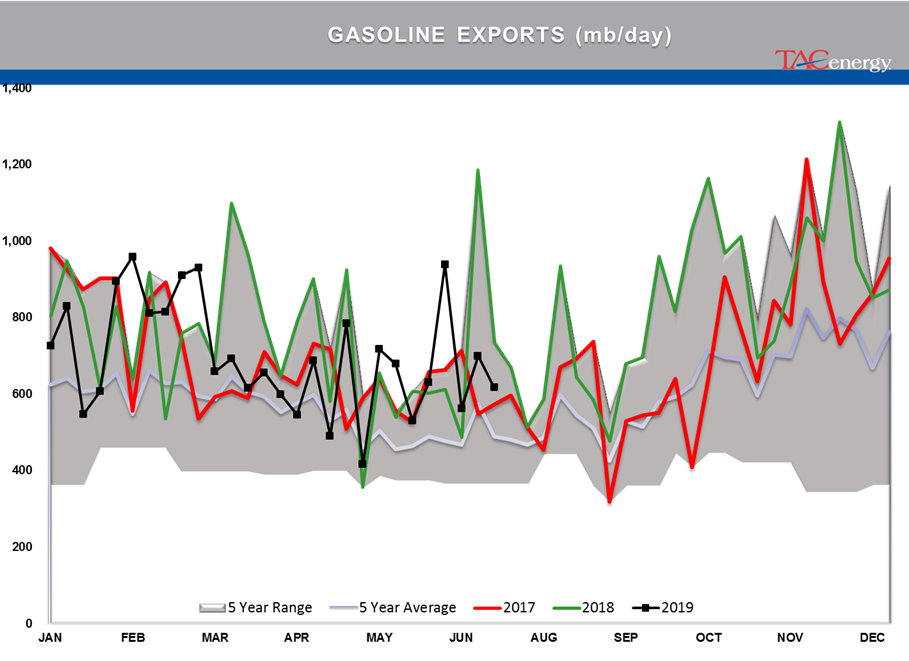