Energy futures are slipping back into the red to start the week after a furious Friday rally sent prices to a fresh round of 7 year highs. Reports that an invasion of Ukraine was imminent Friday afternoon sparked another big rally, while weekend diplomacy is getting credit for the pullback this morning.

The backwardation in diesel prices is holding near its highest level in 19 years and more terminal outages and tight allocations are being reported as physical supplies remain well below average for this time of year.

Baker Hughes reported a net increase of 17 oil rigs last week, the largest single week increase in 4 years. 13 of those rigs were added in Texas, with the Permian adding 7 and the Eagle Ford adding 5. It’s worth noting that the last time we saw an increase this large was the 2nd week of February 2018, which suggests perhaps the company does a reconciliation that may account for the large increase more than drilling companies suddenly breaking the labor log jam.  If that theory is incorrect, then maybe this week’s data is the start of an accelerated pace of drilling with producers racing to take advantage of higher prices.

Money managers reduced their net length in the latest CFTC report releases Friday. That report was made from Tuesday’s trading data, suggesting that the big funds we selling modestly during the big move lower early last week, and that the huge rally later in the week may cause us to see a large increase in speculative positions in the next report.

Perhaps the most notable change in the CFTC reports over the past few weeks has been a spike in WTI open interest, which overtook Brent for open contracts for the first time in almost 2 years. WTI had been losing interest over the past several years as its delivery point in Cushing OK became less relevant as the US became a net exporter, and new competing contracts in the Houston area took market share. A rush of options activity seems to be bringing interest back to WTI, and now that football season is over, perhaps we’ll see even more big oil bets as the gamblers look for a new outlet. 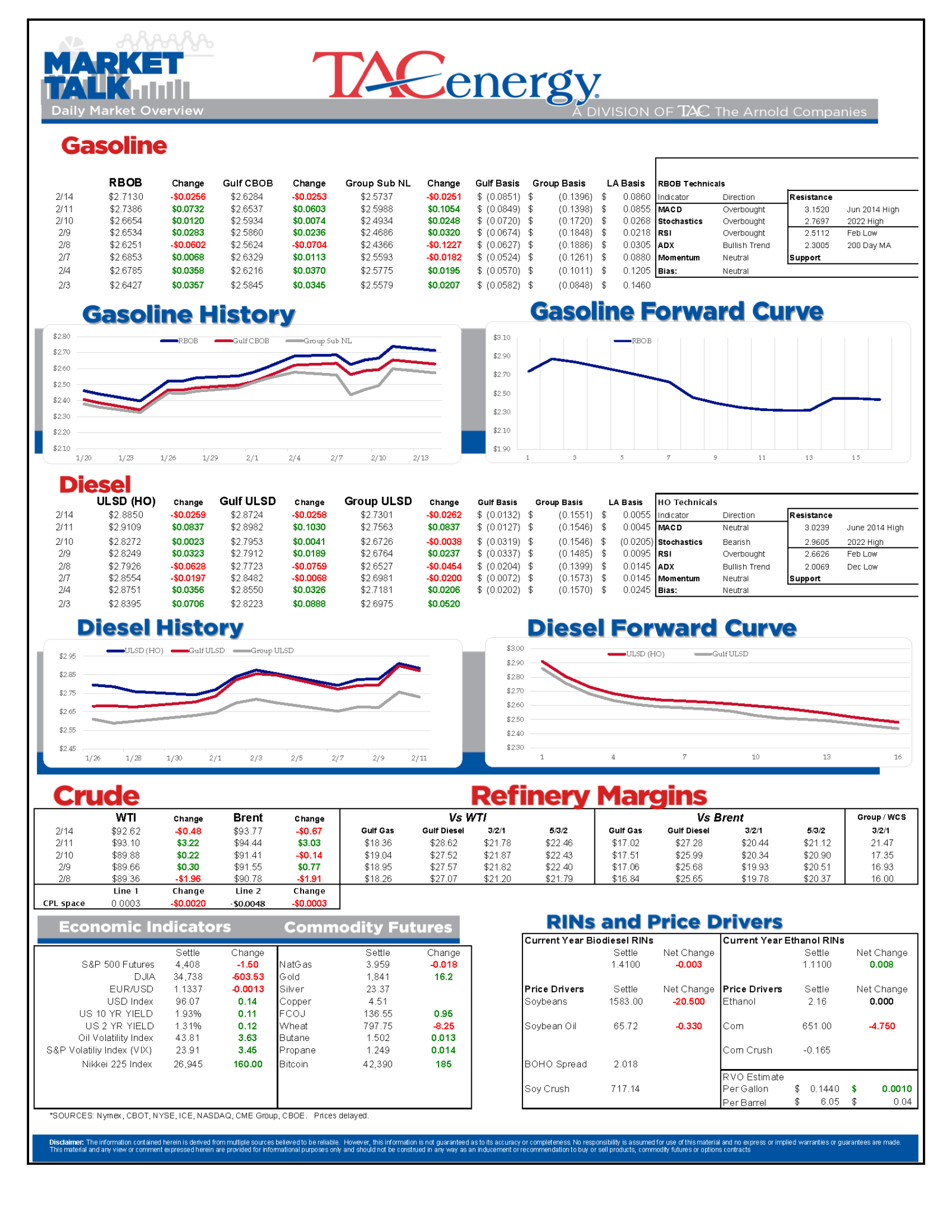 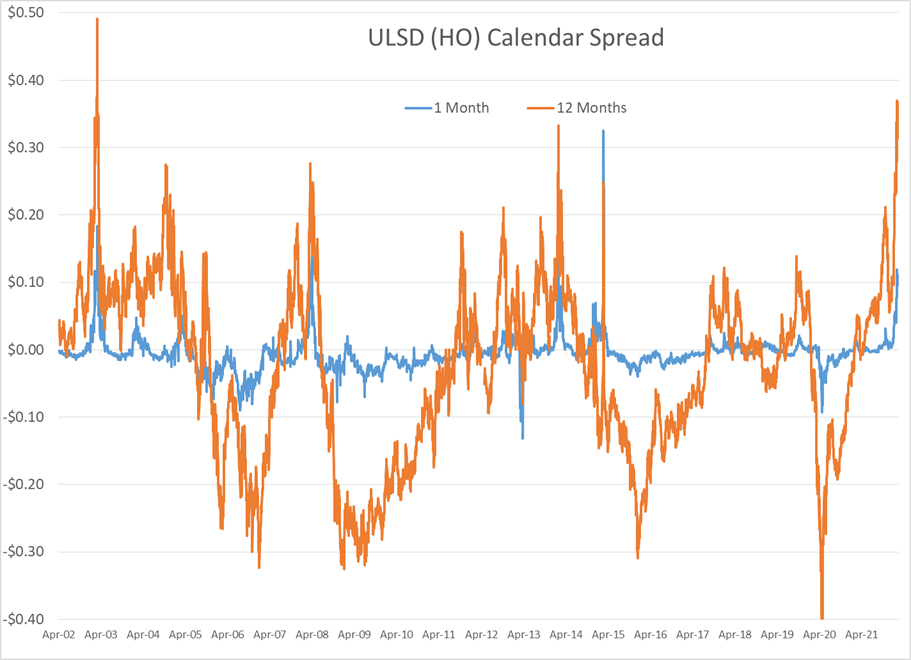 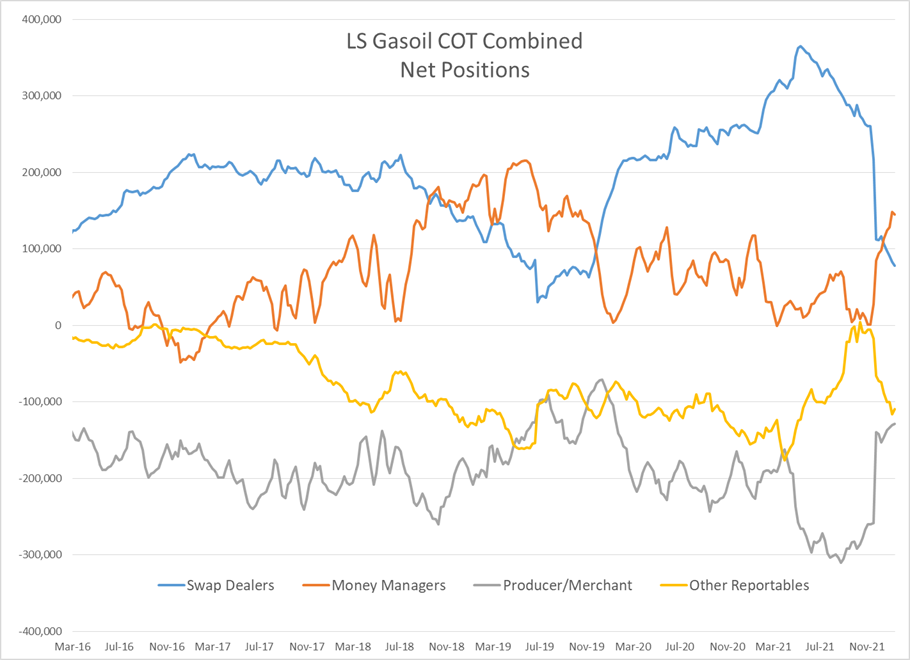