Energy futures are seeing modest gains to start Friday’s trading, but the pattern of the week that sees early gains turn into big losses on the day should keep the buyers on edge. The coordinated announcements of SPR releases continue to get credit for the drop in fuel prices this week, while supply shortages continue to hamper physical markets around the country.

Despite what’s setting up to be another sizeable weekly loss, and a 40+ cent drop from Monday’s high trade, ULSD futures are still hanging on to their bullish stance after bouncing sharply off of trend support during Thursday’s sell-off. RBOB futures meanwhile are looking a little more perilous, with a break below the $3 mark opening the door to another 20-30 cents of losses in the next week or two.  So far however, the bulls have been able to hold support, so it’s too early to call for an end to this most unusual of spring gasoline rallies.

After being uncharacteristically quiet through the chaos of March, RIN trading  got interesting again yesterday. Several RIN contracts rallied a dime in morning trading after the EPA announced it would release its ruling on 36 small refinery waiver requests later in the day. As was widely expected given that price rally, all 36 requests were denied, consistent with the current administration’s policy of denying all requests. What wasn’t expected however is that the EPA also announced that 31 of the 36 that were denied a waiver, wouldn’t actually have to buy any RINs, and the gains from earlier in the day were quickly erased, along with any shred of credibility remaining for the RFS program.

EPA is denying the 36 remanded SRE petitions for the 2018 compliance year….Concurrent with today’s denial action, EPA is also taking action to provide an alternate compliance approach that allows 31 small refineries to meet their new 2018 compliance obligations without purchasing or redeeming additional RFS credits.

Just what a battered supply network doesn’t need, another busy year for hurricanes. Colorado state published its first Hurricane Activity forecast for the year Thursday, calling for another above-average season with an estimated 9 hurricanes 4 of which will be category 3 or greater. 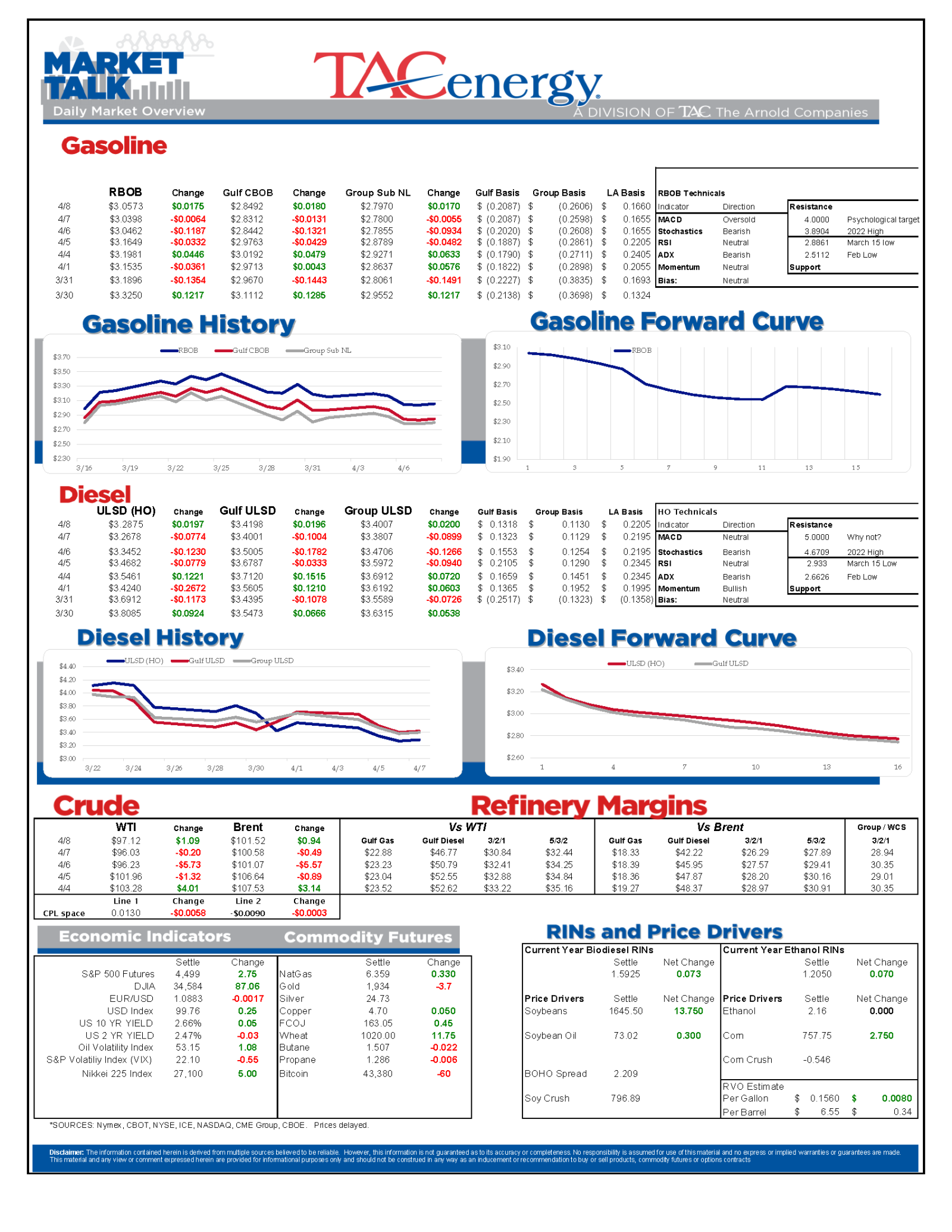