After another strong rally Wednesday, energy futures are moving sharply lower to start the last trading day in the most volatile month on record. Reports that the White House would be announcing a major release of oil from the SPR is getting most of the credit for the early selloff, while the inverted yield curve and COVID lockdowns are also easy targets any time prices pull back.

It’s the last day for April RB and HO contracts, so watch the May futures (RBK/HOK) for price direction today if your region hasn’t already made the move to the new month. So far, despite a 15 cent drop, the April HO contract has not done anything too wild today, but given all the records that contract has already set in March, don’t be surprised to see some fireworks before today’s settlement.

If the rumored/reported SPR release of up to 1 million barrels/day for 6 months happens, it would be by far the largest drawdown in history, making previous releases such as during Gulf War 1, barely show up on the chart in comparison (see chart below). This move – IF all 180 million barrels of it happens – would also draw down SPR inventories to a 40 year low by the end of the year.

US refiners are running hard, increasing output past 92% of nameplate capacity last week, which is at the top end of the seasonal range. While these refiners are seeing the best margins in nearly a decade, after many barely survived the COVID/ESG combo the past two years, there is also a bit of a warning here that plants are reaching the top end of their sustainable output levels, while domestic demand may still be far from peaking this year unless there’s an economic slowdown.

Domestic oil output did tick higher for the first time in two months, but the DOE’s estimate was only up 100mb/day on the week, putting it on par with where the year started, and proving once again that restarting shuttered operations, and overcoming natural well decline, takes a lot longer than many would like. Still, with oilfield hiring and spending reaching new records in some markets, the supply increase does seem to be coming later in the year, and the big questions are just how long will it take to add back the 1.4 million barrels/day that were taken out of service during the COVID lockdowns, and will those barrels come back online just in time for the world not to need them, especially if the SPR release happens, and lead to the next bust in prices?

We don’t often talk about jet fuel prices in this note, but it’s worth mentioning that NY Harbor saw a new record for Jet A prices Wednesday with basis values getting close to $1/gallon over April futures, and more than $1.25/gallon over its Midwestern counterparts. Inventory charts at the end of the DOE chart list below show that PADD 1 inventories are well below their 5 year range, while PADD 2 stocks are above average, in another sign of how coastal markets are being influenced by the cargo chaos in response to the war in Ukraine, while inland markets are insulated. 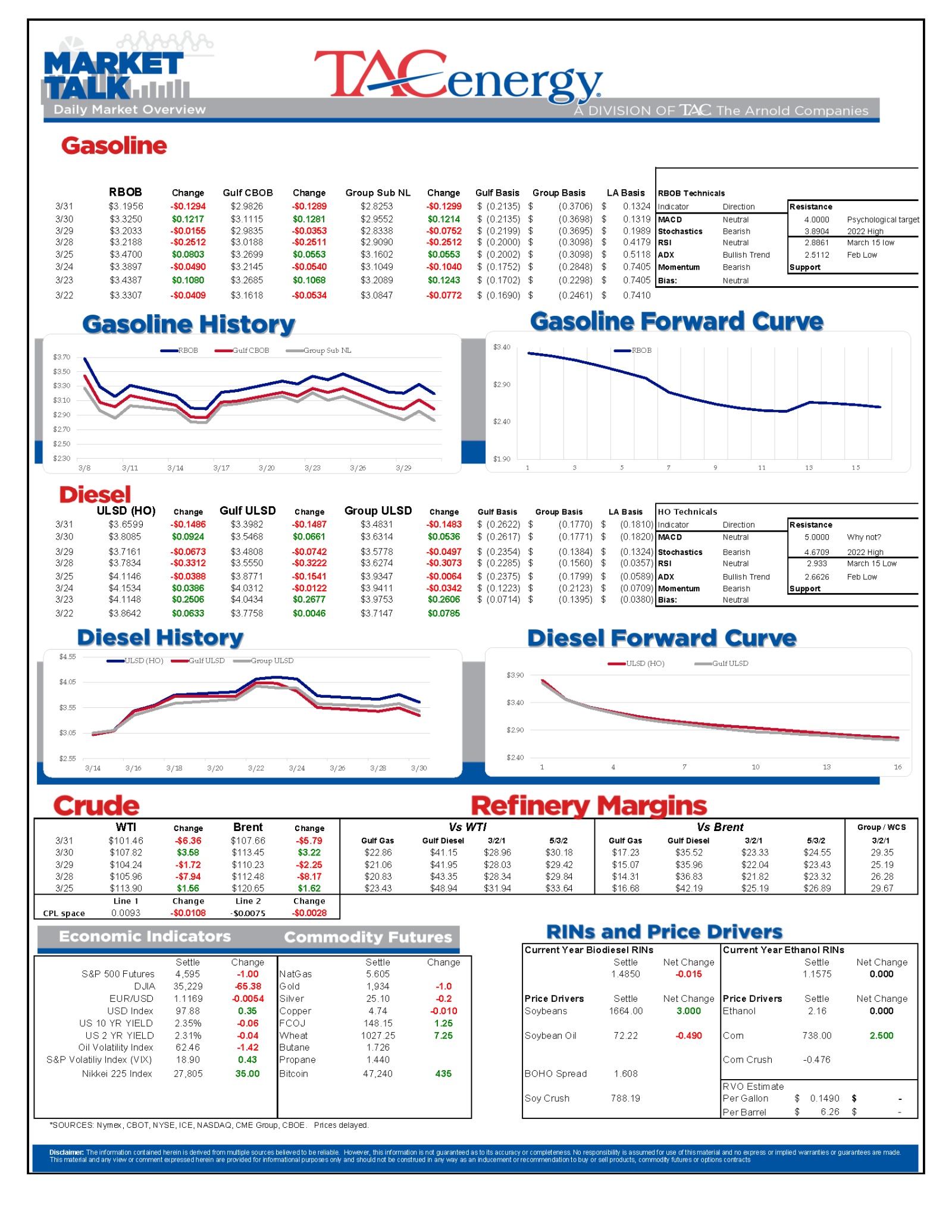 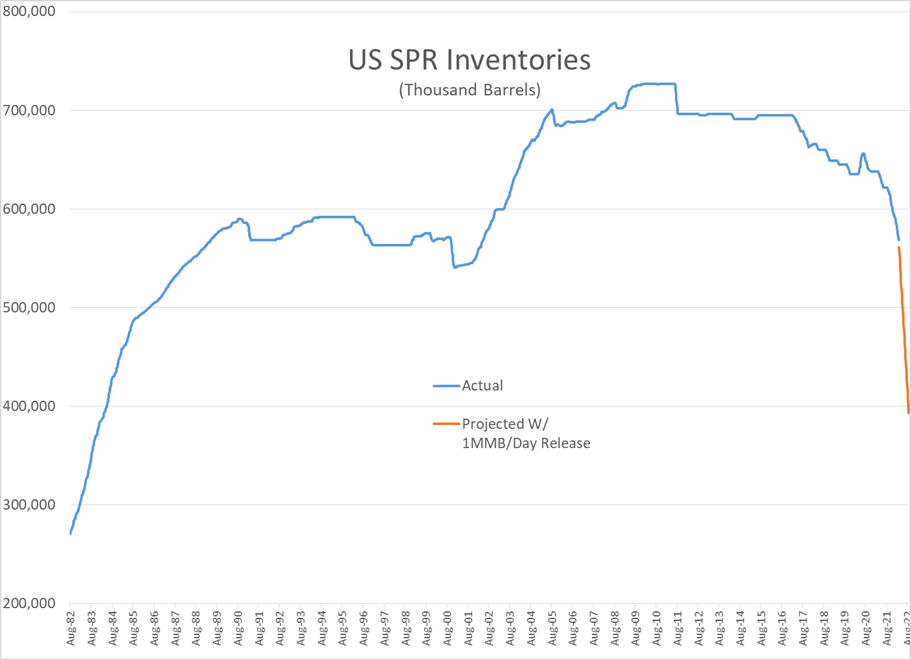