Energy futures are moving modestly lower for a 3rd trading session (Including last Friday) as indecision from OPEC and concerns of a post-Thanksgiving slowdown in demand combine to keep buyers at bay.

The upward sloping trend lines started when prices bottomed out November 1st (some 30% below current levels) are still intact, and if the bulls can hold on, there’s still a strong technical argument for higher prices in the weeks to come. Peg the $1.20 range for RBOB and $1.35 range for ULSD as must-hold levels for the bulls this week. A break of below those levels suggests we could see a quick 10-15 cents of downside as a correction of the furious November rally.

OPEC & friends were unable to come to an agreement and delayed an official announcement to Tuesday, and then again until Thursday, which seemed to spook the market and encouraged sellers to step back in Monday afternoon. Prior to the meeting it seemed inevitable that the cartel would at least extend its production cuts, but suddenly that “no brainer” option appears easier said than done.

There weren’t any new refinery shutdown notices in the past 24 hours, but there was some more bad news. A multiyear study done on Texans living near oil refineries suggests that cancer risks increase notably. That’s not necessarily a surprise given the volatile organic compounds involved in the refining process but a long term study of this type does add another argument for the anti-fossil fuel movement in addition to the climate change arguments that are becoming more mainstream. Meanwhile, a separate report suggests the EPA and other air-quality-monitoring agencies are under-estimating the pollution caused by refineries.

Similar to what we saw with European contracts in Friday’s report, the CFTC is showing money managers made increases in net length for WTI, RBOB and ULSD last week, jumping on the bandwagon as prices rallied to 8 month highs. WTI saw a mix of new long positions and short covering both contribute to those increases, but open interest remains near a 4 year low, as new competing contracts for oil based in Houston and in a few Asian markets makes the Cushing OK based contract less appealing, and the general enthusiasm for oil around the world continues to be subdued.

An EIA report this morning highlights the impact COVID shutdowns last spring had on the US petroleum trade as the country briefly reverted to a net importer of fuel, after reaching record high export levels in February. 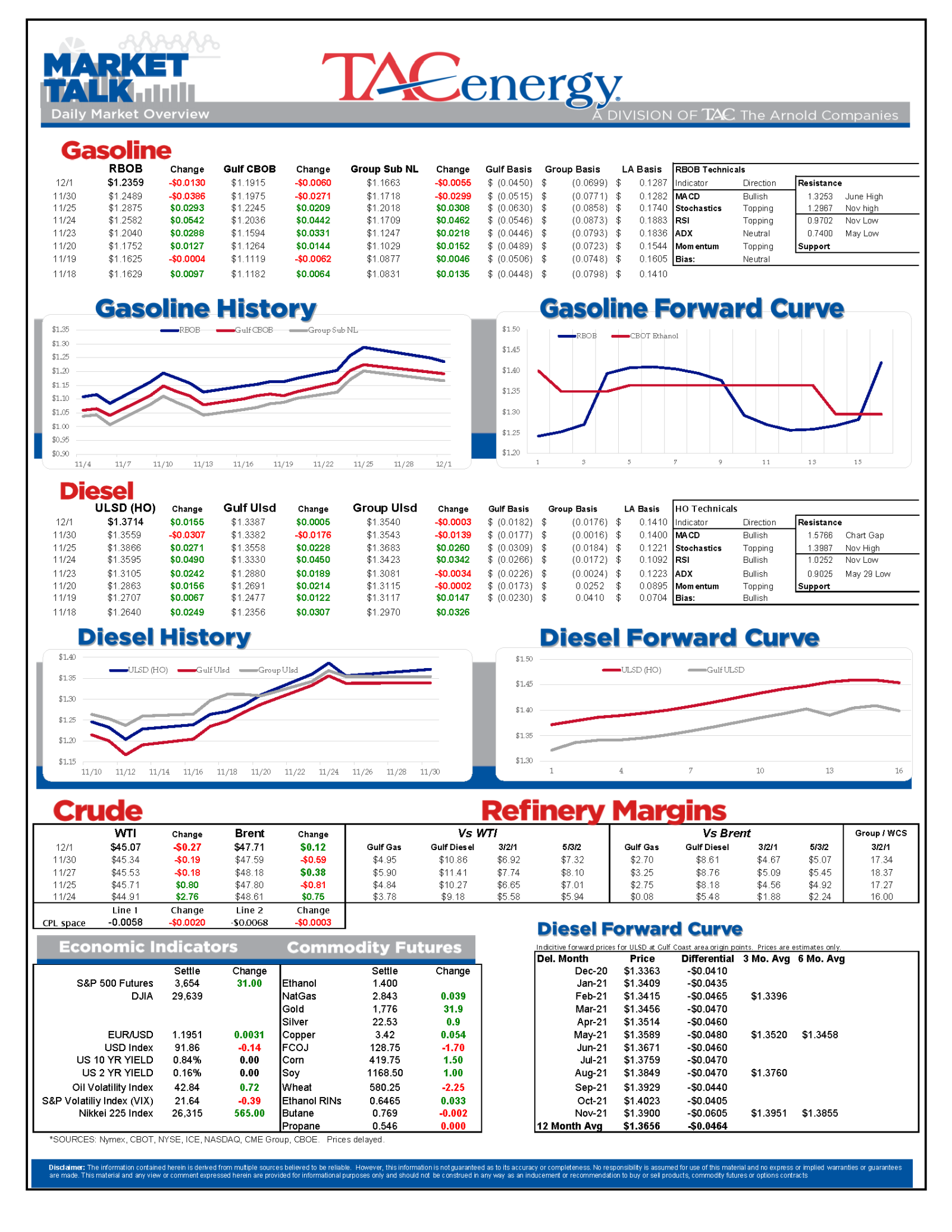