Energy Futures Are Moving Higher For A 2nd Day

Energy futures are moving higher for a 2nd day as supply shortages and the threat of more sanctions make last week’s SPR release more of a distant memory. The recovery rally after last week’s sell-off keeps the bullish trend lines in place and leaves the door open to another run at the $4 mark for refined products, even as Chinese COVID cases hit a new high and threatens to crimp global demand.

Saudi Arabia raised its oil prices in May, to record high differentials for some Asian markets, reflecting the continued challenges for buyers to find near term supplies to replace the loss of Russian exports.

Just one more reason not to fly to New York: Last Thursday we mentioned the spike in NY Harbor Jet Fuel prices, which at the time had surged by more than $1/gallon over ULSD/HO futures. That price spike went completely wheels off in the following two sessions, with NYH spot prices now trading $4 above futures, and threatening to reach $8/gallon. Take a look at the chart below and note how this move made the record setting price swings in March seem quaint by comparison. There’s a well-known saying that the best cure for high prices is high prices, and this could be another example as this mind-blowing price spike hits the East Coast, and will encourage steps like waiving the Jones Act to allow the US to supply itself and alleviate these short-term shortages.

While it pales in comparison to Jet prices, ULSD basis in the NY Harbor is also holding near record highs at more than 35 cents above NY Harbor ULSD futures. That premium boils down to a premium paid to have barrels now, vs at the end of May when the prompt futures contract would be delivered. That extreme backwardation is leading to huge swings in both directions for basis differentials around the country, depending on which futures contract that market is trading in reference to.  See the 2nd chart below.

Too late for a do-over?  Global refining margins have rarely been as high as they are currently, with outages across Russia and Ukraine caused directly or indirectly by the war, some European and Asian facilities facing feedstock shortages, and several US plants struggling with unplanned maintenance, you start to wonder if any of the facilities shuttered or sold in the past 18 months may attempt a comeback. Just yesterday Vertex closed on its purchase of Shell’s refinery in Mobile AL that was part of Shell’s refinery giveaway when going green was still the thing to do.  It sure seems like you could get more than $75 million for a 91MMB/Day facility on the Gulf Coast today.

Circular logic. The EIA this morning highlighted California’s Cap & Trade program, and noted the sharp increase in credit prices at the most recent auction, bringing in nearly $1 billion for the state. That $1 billion would cover about 10% of the cost of the CA Governor’s proposed plan to give a $400 rebate to vehicle owners to help offset high fuel prices. 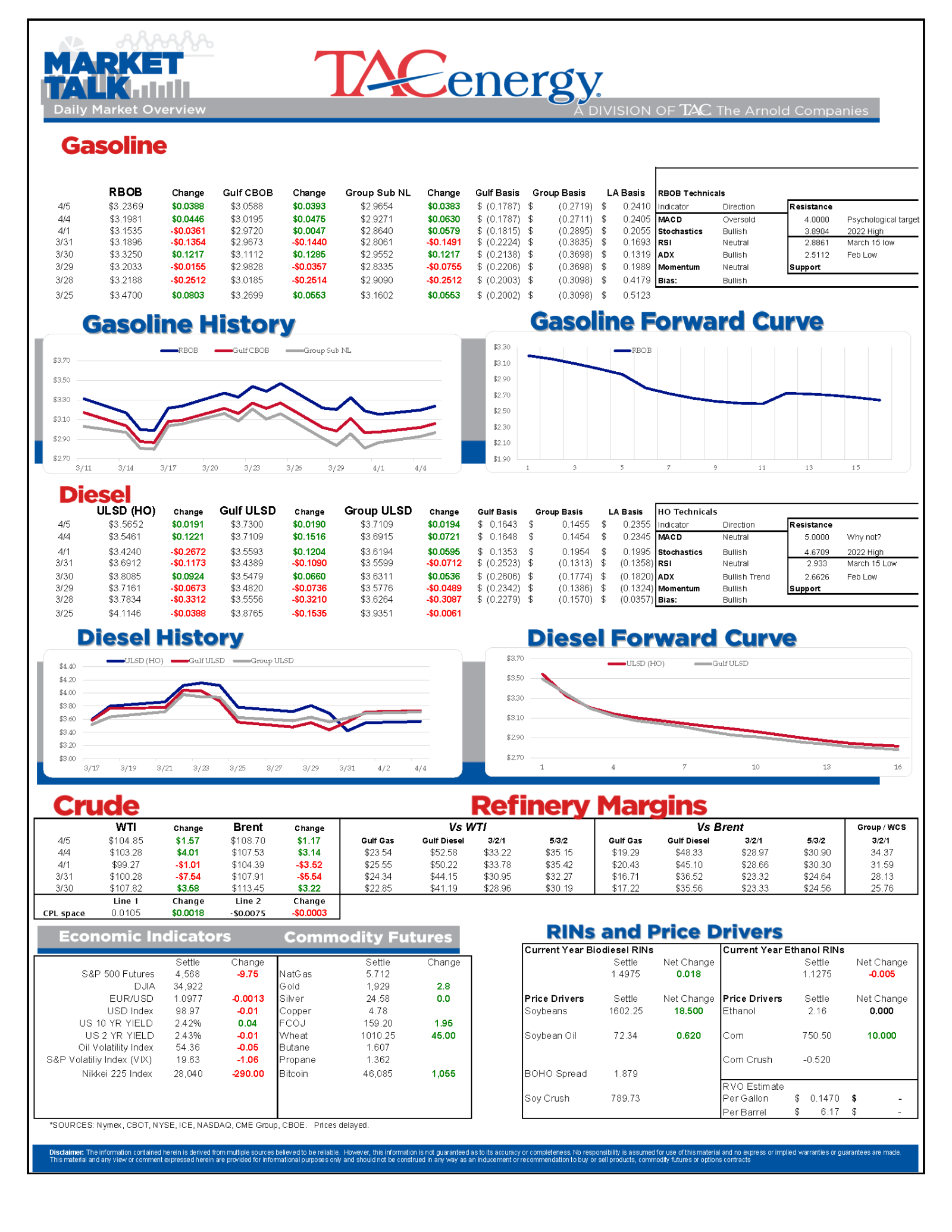 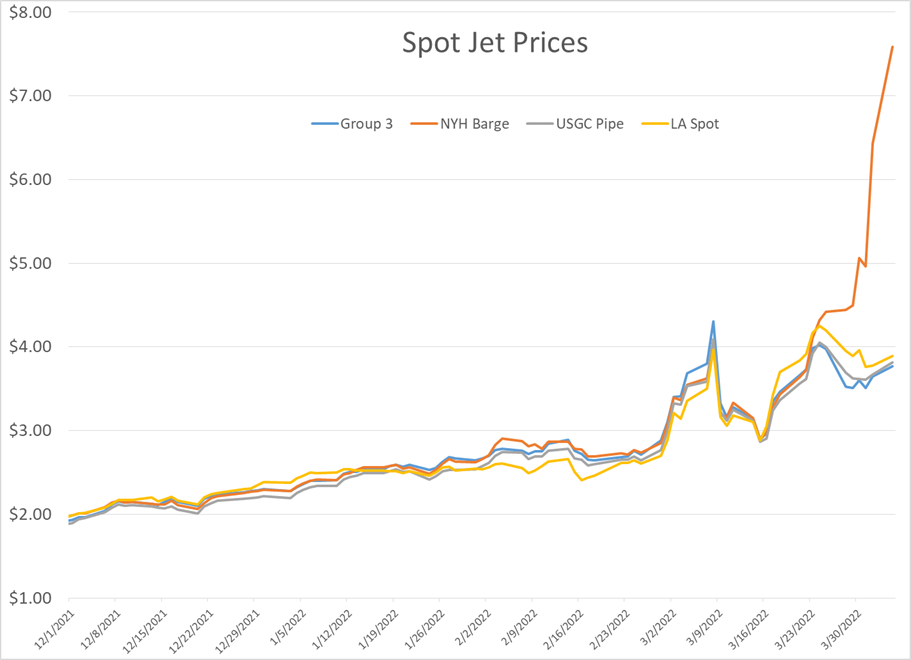 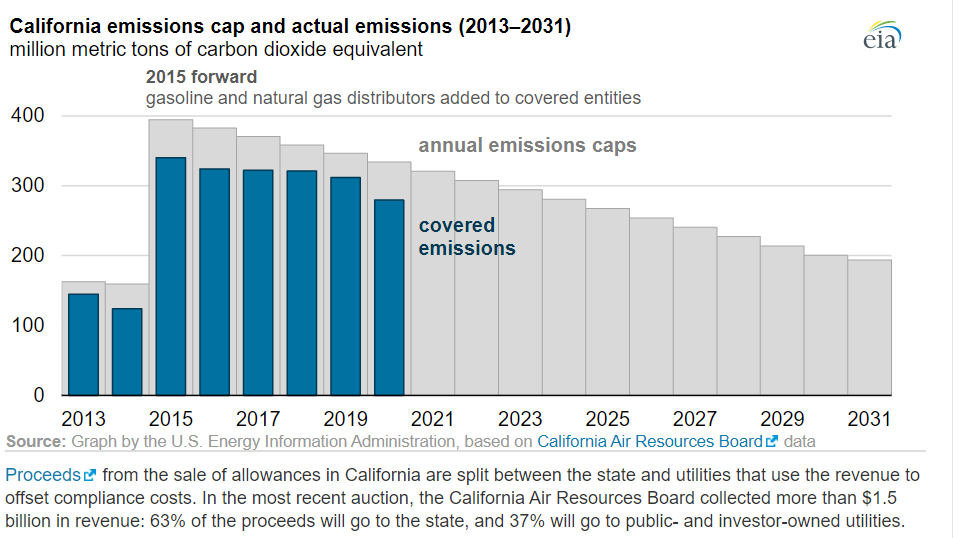