The energy complex is under heavy selling pressure for a 2nd straight day after almost reaching new 6 year highs Monday as a tentative agreement between OPEC Members, slowing imports from China and some ugly demand estimates from the DOE all seem to be giving buyers pause.

After a yoyo overnight session, prices were holding near break-even levels Wednesday until the DOE’s weekly status report (which was delayed an hour due to some unknown technical glitch) showed some troubling demand numbers, after last week’s bullish report sent prices to new multi-year highs.

Distillates look particularly troublesome as demand dropped sharply and is now estimated to be below where it was this time last year, which could be a consequence of people traveling this year instead of ordering packages from Amazon. Even with diesel exports reaching a 1 year high, and output declining for a 3rd straight week, diesel inventories still built, which may keep refiners hesitant to increase run rates. There is a huge disparity across the country however as the Midwest (PADD 2) looks like it has more diesel than it knows what to do with as stocks have increased by 30% in less than 2 months, and the Gulf Coast (PADD 3) continues to hold above average inventory, while PADDs 1, 4 and 5 are all below average levels, with evidence at the rack level suggesting product remains tight.

Gasoline demand also saw a large drop a week after reaching an all-time high. This is probably partially due to the holiday hangover effect of drivers not needing to fill up for a while after topping off for their road trips.  It is also another reminder of how challenging (aka unreliable) the weekly estimates are. As a reminder, since they really don’t estimate actual consumption, they estimate the product that’s moved out of the bulk system.

Refinery rates held relatively steady on the week, with a small net decline.  It’s worth noting that after a brutal stretch that saw US refining capacity drop by the most in decades, total US capacity showed a small increase of 38mb last week. That’s a reminder that even though many refiners are still struggling through an existential crisis caused by excess global capacity and  the crescendo of climate change concerns, there are still facilities with logistical and scale advantages putting money into expanding that will continue to put pressure on those that don’t.

You can read here to see the EU’s wide ranging proposal for reducing carbon emissions.  Don’t expect any immediate market impacts however as getting any of these proposals approved by member countries is expected to take years. 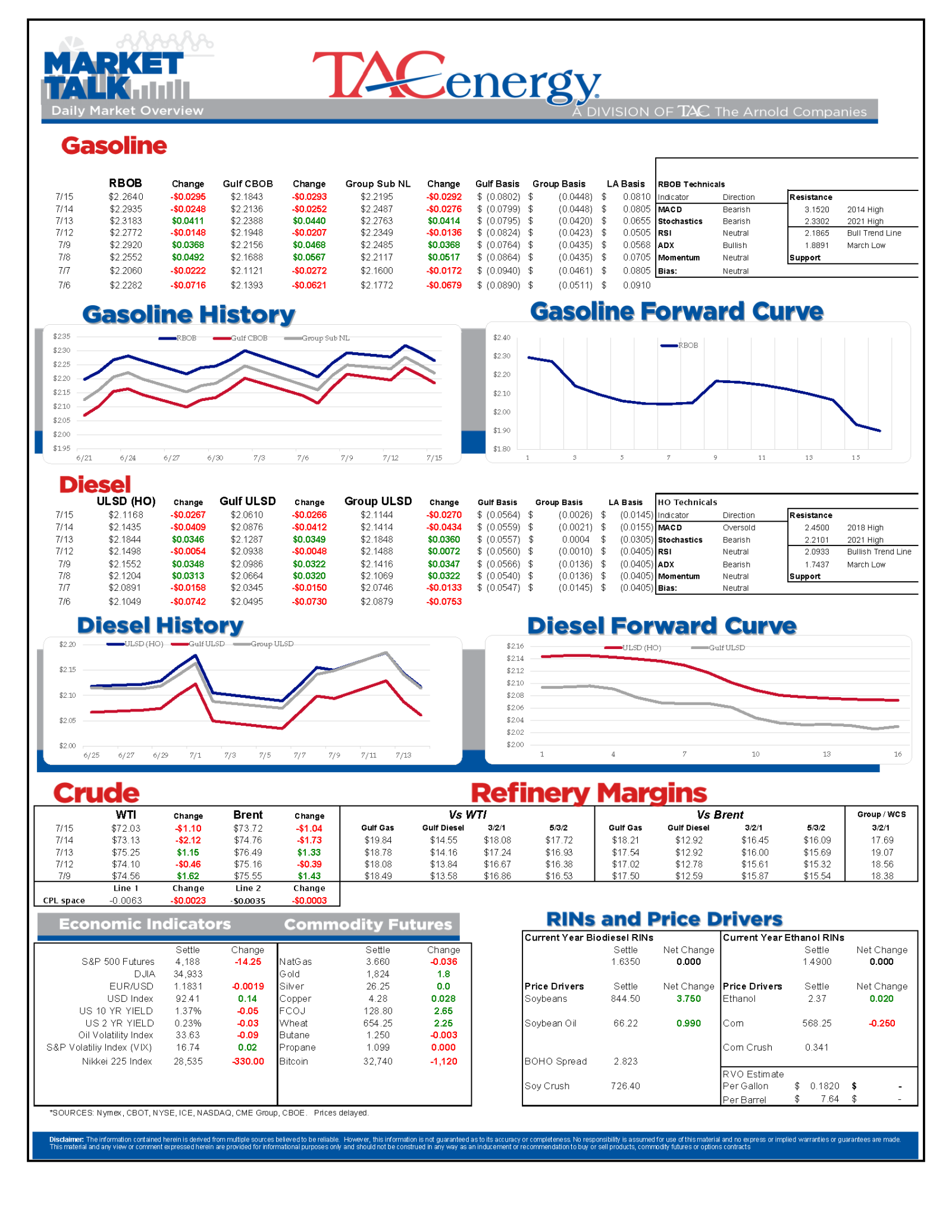