The energy complex is trying to find a floor this morning, with gasoline prices leading an attempted rally after a wave of heavy selling swept the complex earlier in the week.  Diesel prices were resisting the pull higher overnight, after having already dropped 45 cents this week, but have turned slightly positive following the August jobs report.

California gasoline basis values continued to surge Thursday, as a refinery hiccup turned one of the market’s largest sellers into a buyer.   Regular CARBOB gasoline values in the LA and San Francisco spot markets are trading 85-95 cents over the October RBOB contract, with implied cash values ranging from $3.30-$3.40 this morning, compared to USGC values around $2.38/gallon, which are translating to retail prices in the south dropping below $3/gallon this week.

While West Coast values are surging, East Coast prices have come back to reality, with the spread between NYH and USGC prices reaching a 6 week low yesterday, which has nearly wiped out the premium to ship barrels along the Colonial pipeline.  That correction should help alleviate some of the product tightness across the South East and Florida markets as shippers no longer have the incentive to shift their barrels further north.

G7 leaders are expected to propose a plan to cap prices for Russian oil purchases.  Whatever is announced is likely to have minimal impact on markets however as the Russians are proving capable of circumventing restrictions already imposed by the G7 countries, and hitting a record high export volume in August despite sanctions.

The US added 315,000 jobs in August according to the payrolls report estimate released this morning, while the agency lowered its estimates for July down by 105,000 from 398,000 to 293,000.   The headline unemployment rate ticked up to 3.7% even though jobs increased, while the total unemployed (U-6) figure jumped from 6.7%-7%.  Stocks and fuel prices ticked modestly higher following the report as it seems to be good enough to convince traders we’re not yet in a recession, without being so good that it might encourage the FED to be even more harsh to the free money junkies.

Yesterday the BLS reported that US labor productivity decreased 4.1 percent in the 2nd quarter of 2022 as hours worked increased nearly 3% but actual output declined by 1.4%.  Labor costs increased by 10.2% in the quarter, which is the highest increase in 40 years.

Tropical Storm Danielle formed in the North Atlantic yesterday and is expected to become a hurricane today.  The good news is that forecasts suggest this storm won’t be a threat to any land over the next week, although it could disrupt shipping traffic between the US and Europe, which has already been stressed by the fallout of Russia’s war on Ukraine.  While the US has been fortunate so far this Hurricane season, South Korea is expected to be slammed by the most powerful storm in that country’s history next week.  While that storm may not have a great impact on US energy markets, it could further complicate the global supply chain challenges. 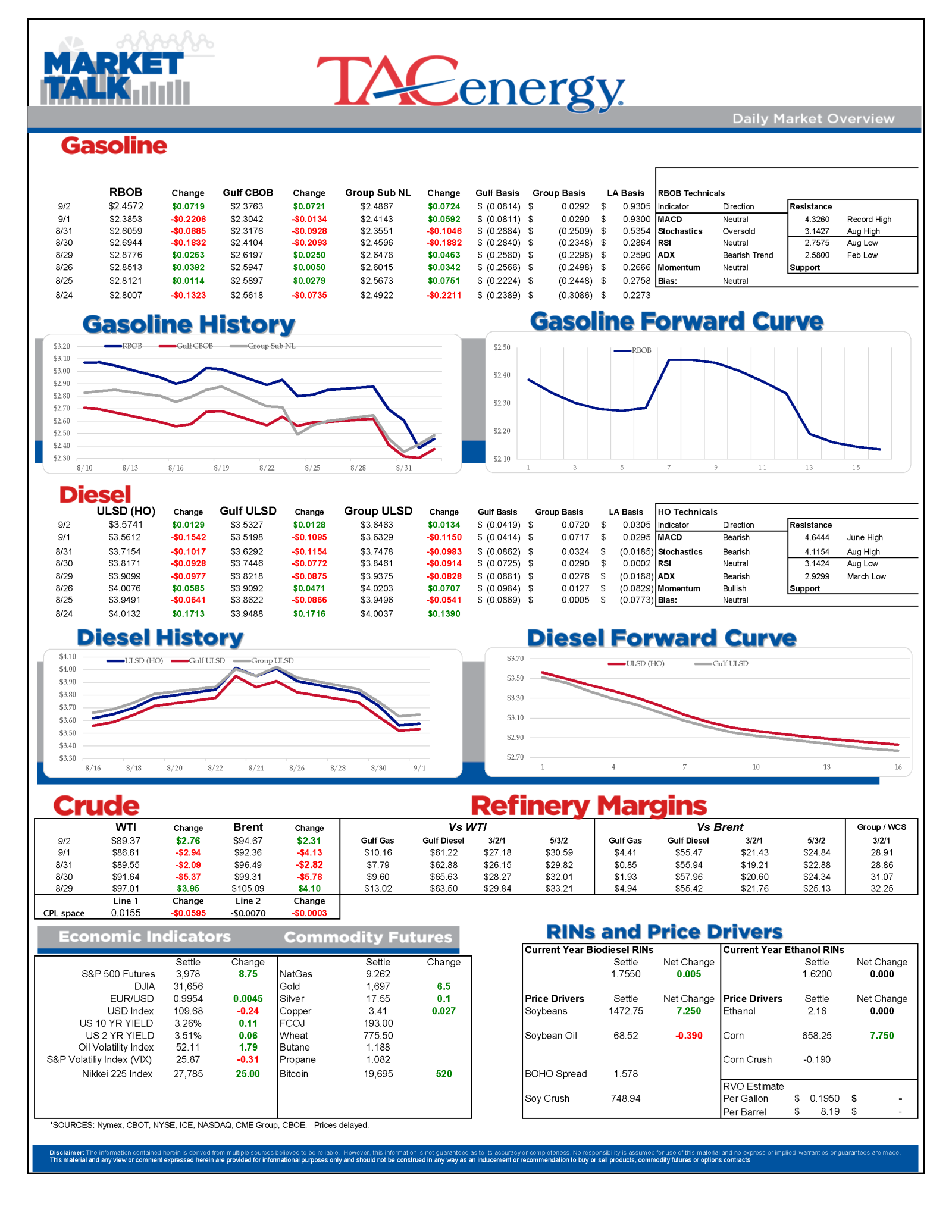 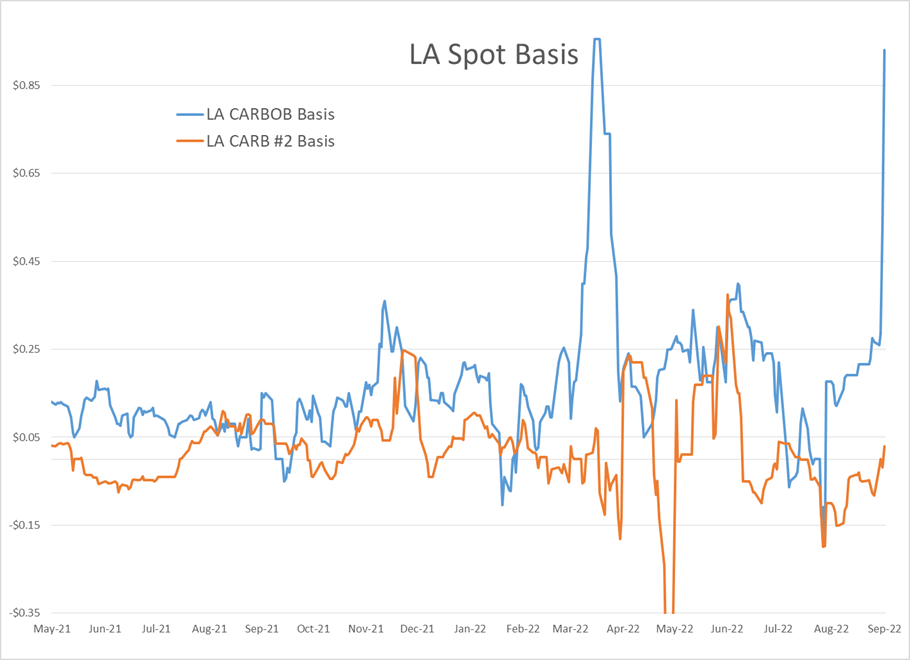 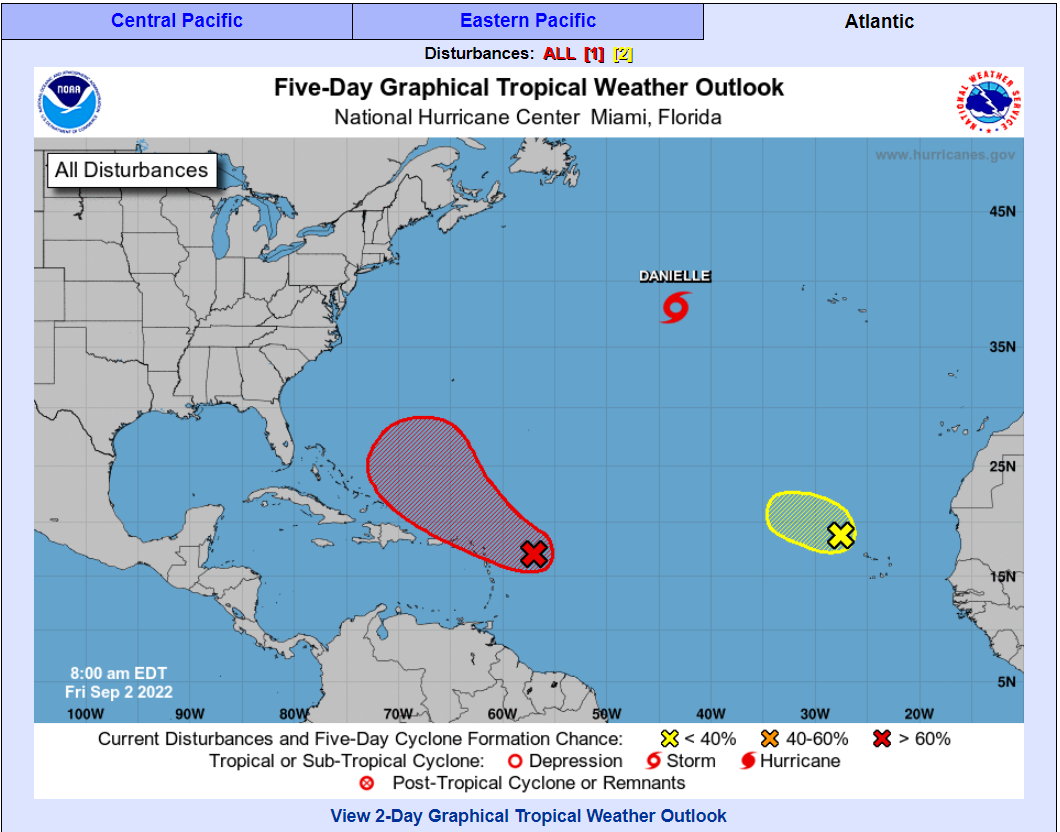