It’s Reversal Thursday as the energy complex tries to bounce after 3 straight days of selling. It will take more than a penny rally in refined products to change the technical outlook however, with several short term indicators continuing to flash red, and longer term charts looking toppy.

Even though outright prices have come under heavy pressure this week, RBOB calendar and crack spreads have seen a strong rally as inventories in PADD 1 (and more specifically PADD 1B, home to the NY Harbor) have dropped substantially in the past 2 weeks. (See the gasoline inventory charts from the DOE report below.)  The September/October (U/V) RBOB spreads are notoriously volatile as September is the last summer-grade spec for the year, and it looks like this year will be no different.

Still not sure why some West Coast diesel basis values have gone through the roof lately? Take a look at the PADD 5 diesel chart from the DOE report below. California’s weekly fuels report sheds more light on the situation, showing northern California inventories falling below their seasonal range, while Southern California stocks are above their range, that explains the 25 cent spread between LA and SF spots.

There are two storm systems to keep an eye on in the Atlantic over the next few days. The 1st only has a 20% chance of being named, but the 2nd is given 60% odds of development. NOAA increased their forecast for the hurricane season, which was already expected to be above average, so we can expect a parade of storms to start forming soon with the peak of the season still 7 weeks away.

Today’s environmental pipe dreams update: The President will announce an executive order with no specifics for a target of 40-50% electric vehicle sales by 2030, while Exxon mulls jumping on the net zero by 2050 bandwagon. 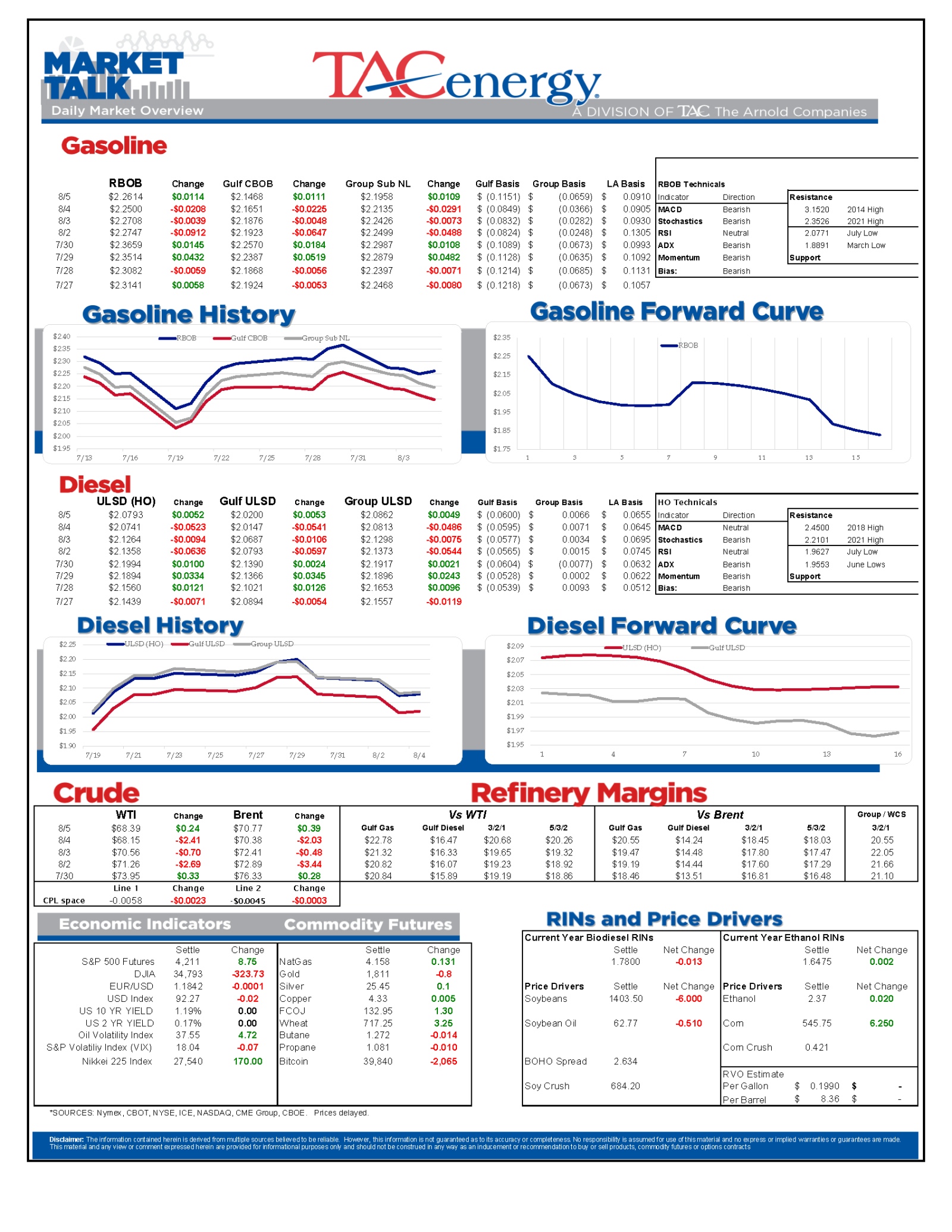