The energy complex took a breather yesterday with RBOB shedding almost 2.5 cents off of monthly highs and HO dropping almost 2 cents. WTI stayed positive, but only just, amid rumors of Iraq supporting intended OPEC production cuts. The cartel and friends are schedule to meet next week to discuss their plan moving forward.

Both American and European crude oil benchmarks has continued their climb this morning, both showing modest gains, despite Saudi Arabia’s announcement earlier this week that it is “ready for… disruption” regarding the recent tensions centered around the Strait of Hormuz. The press release is somewhat confounding coming from the Kingdom, whose GDP comes chiefly from its oil production and likewise favors higher prices, as most interpret the message as a means to stabilize the market. Traders will be interested to see if this is borne of genuine intention or just the latest move in a geopolitical chess match.

PES has confirmed Wednesday that it intends to shut down its refinery and put it up for sale amid the massive explosions that rocked Philadelphia last week. Aside from physical prices popping in the New York Harbor vs futures this morning, offsetting the difference between the expiring July contract and the newly-prompt August contract, price reaction to the 335,000 barrel per day production deficit have been limited to NYMEX prices and Colonial shipping premiums. Refined product suppliers are paying .0075 per gallon to ship gasoline up from Houston to New York, hoping to avoid or correct the expected strained regional economics. 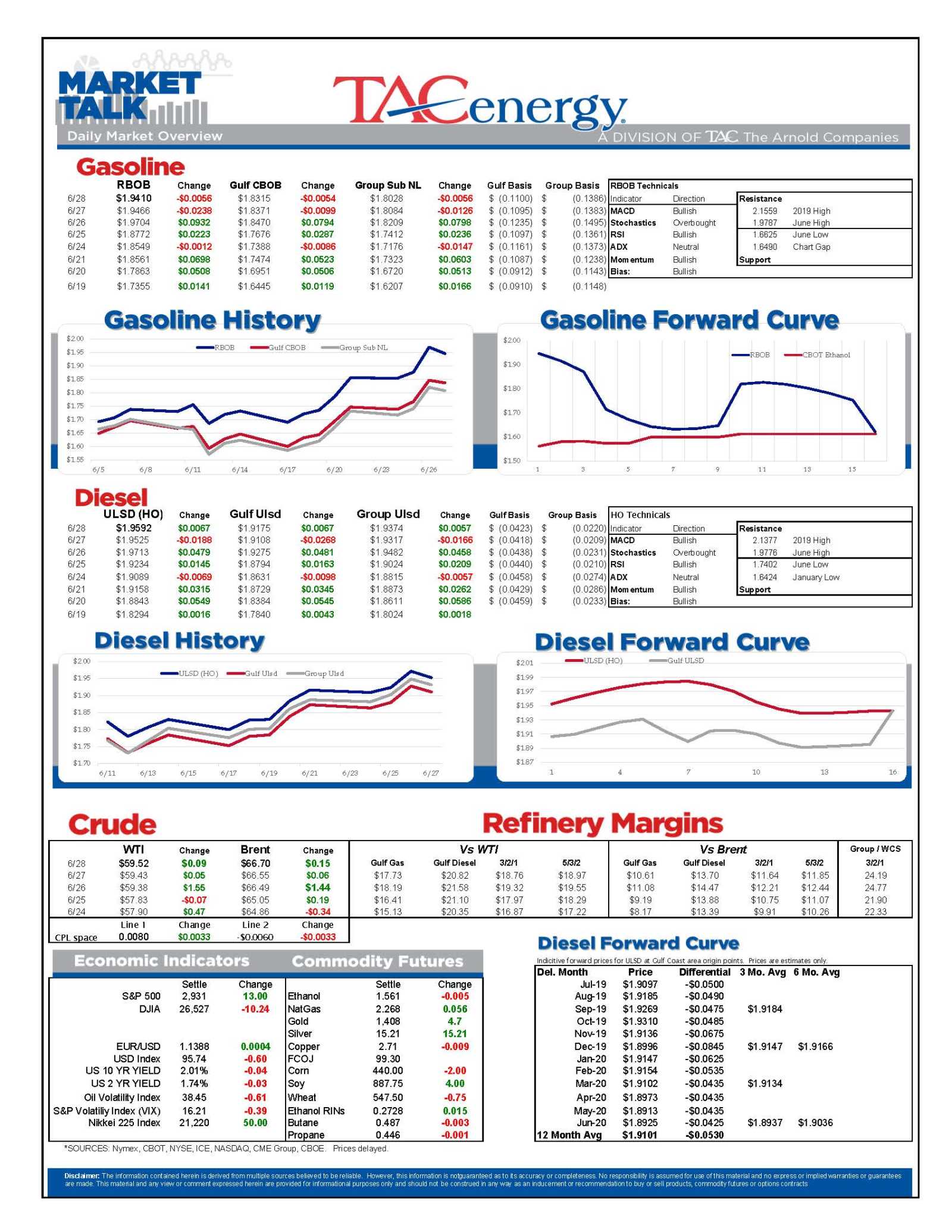