Energy Complex In Game Of Tug-Of-War

A large inventory build stopped WTI in its tracks Tuesday afternoon, and has left the energy complex in a lackluster game of tug-of-war overnight as RBOB gasoline futures attempt to push to new highs for the year while crude oil and distillates are trying to slide into the red.

The API was reported to show a 7 million barrel build in crude oil inventories – in spite of increased refinery runs last week. For those watching the large changes in import/export flows over the past few weeks, that build in oil stocks is easy to understand, but still seems to have caught the market a bit off-guard. The industry group was said to show draws in refined products of around 3 million barrels of gasoline, and 300,000 barrels of distillates, which helps explain their relative strength vs crude overnight. The DOE’s weekly report is due out at its normal time today.

Tuesday marked the scheduling day for the last 11.5 pound gasoline grades on Colonial pipeline for the season, meaning 9lb and lower summer-grades will take over the trading & pricing markers until fall. With several markets east of the Rockies still working off a record-setting level of gasoline inventory, this year’s RVP transition could end up with more regional price volatility than most years.

For those that doubt the future of the Permian basin due to Wall-Street funding concerns: Exxon and Chevron both announced plans to dramatically increase their production in the region Tuesday, and neither one is in need of a capital infusion. The plans coincide with previous announcements by the two largest oil companies to acquire or build more refinery capacity along the US Gulf Coast to take advantage of the Permian’s wealth of oil, natural gas and other liquids.

Those announcements conveniently coincided with news that the Department of Energy was authorizing a new LNG export facility along the Gulf Coast, as the country continues to race to build the infrastructure to support its transition from petroleum importer to exporter.

The Dallas FED also highlighted those changes in its monthly energy indicators report, demonstrating how the changing crude slate has impacted gasoline and diesel inventories (and refinery margins) while petrochemical plants are taking advantage of the rapid production of ethane.

This week marks 10 years since US stock indices found a bottom in the midst of the financial crisis. While energy and equity markets have had periods of strong correlation during that span, and seem to influence one another regularly, the S&P 500 is up 319% while WTI is only up 75% during that stretch. 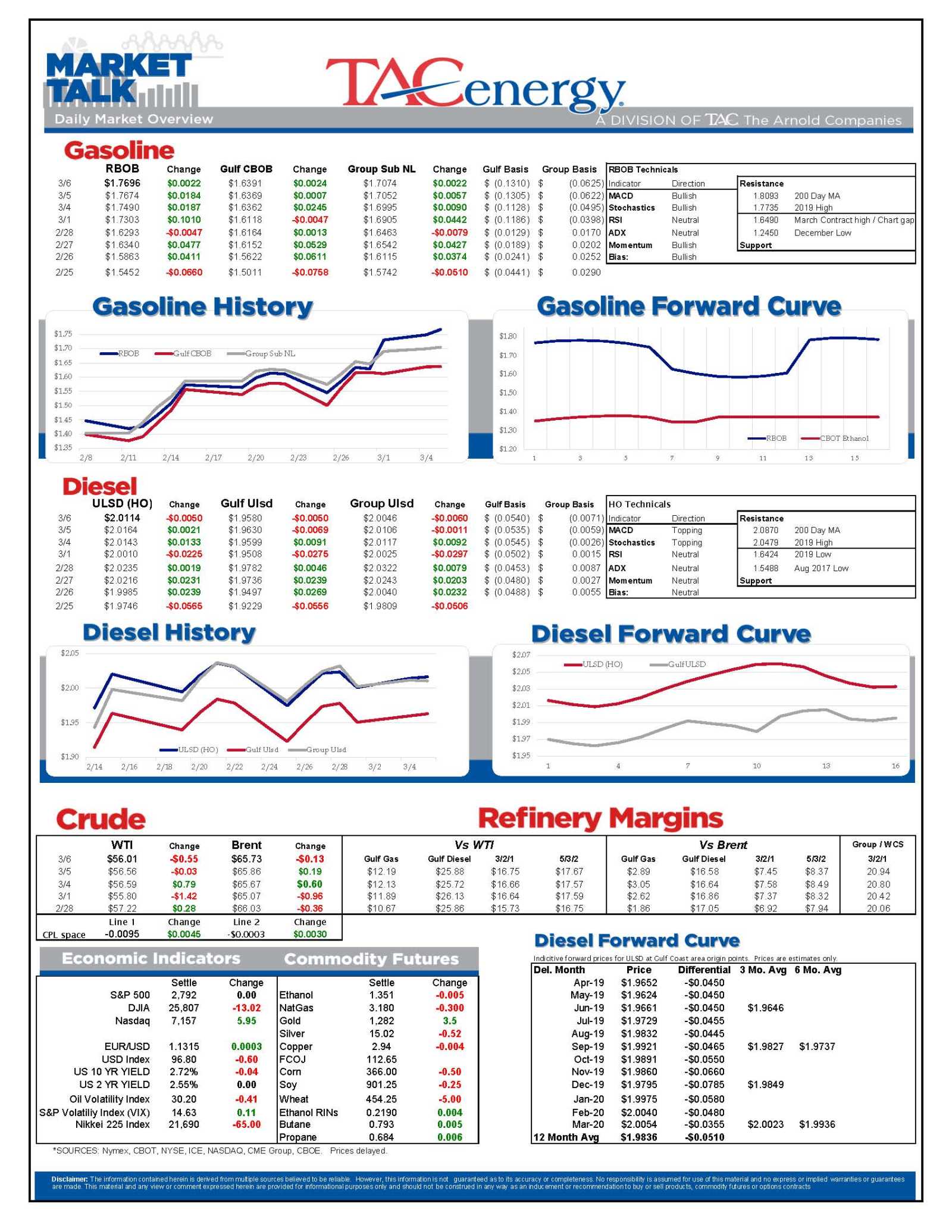 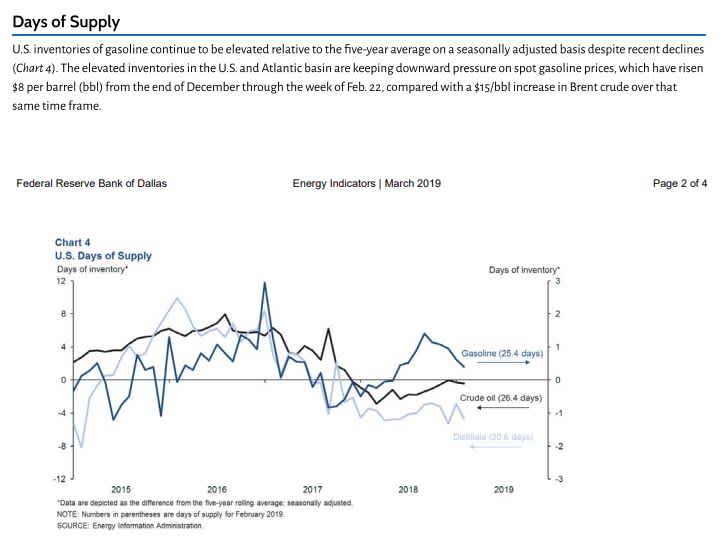 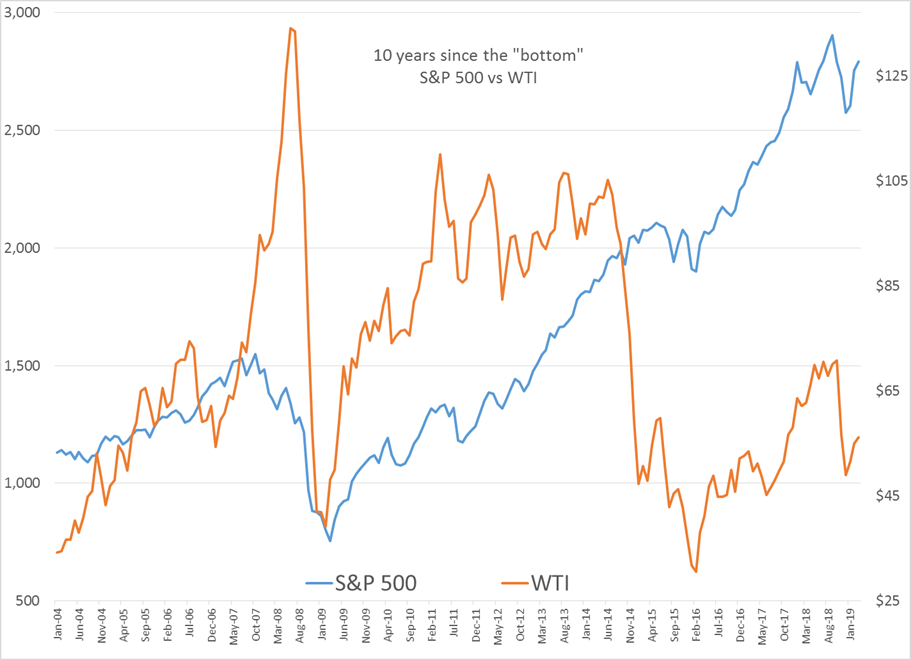