Energy and equity markets are limping to the finish line with minor losses in the early going to end this long strange year.  The table below highlights the dramatic swings, and very different outcomes for some of the most watched commodity, equity and currency contracts.

Today is expiration day for the January (21) ULSD and RBOB contracts so watch the February contracts for price direction today, and note that most rack prices published tonight should carry through the long weekend since markets are closed tomorrow.

It’s been a brutal year for many, and the energy industry has certainly taken its lumps. Record setting amounts of debt were subject to bankruptcy filings in the oil patch, but things have arguably been worse for refiners as crack spreads have only made minor improvements compared to the recovery in oil prices, and the industry saw the most permanent closures announced in more than 30 years as a result.

The pace and scale of demand recovery will be the big underlying story for 2021, as the world races to distribute vaccines and get people back to a more normal existence, while a new and more potent strain of COVID threatens to derail that progress. There will be plenty of theories about how the new administration in Washington will change the landscape for several industries – ours being one of the most noteworthy – but unless the Senate is flipped in the January runoff, it seems like major legal changes are unlikely in the near term.

The Crescendo of emission reduction plans is likely to continue to build in 2021 as more big oil and refining companies lay out plans to reduce their pollution levels during the long slow transition away from fossil fuels. The Dallas Fed issued a special report this week taking a look at what the industry is doing to battle climate change, and highlighting pipeline capacity as one of the keys to reducing emissions near term.   Renewable diesel is becoming the poster child for a way forward for motor fuels to have a legitimate renewable option near term as ethanol and biodiesel have already pushed the limits of their usefulness.  The EIA is ending the year by highlighting the progress made on the renewable front as US consumption of those products surpassed coal in 2019 for the first time in 130 years.

3 more drilling rigs were put to work last week, marking the 12th increase in 14 weeks. According to the Baker Hughes report, we started the year with 877 rigs drilling for oil on land in the US, which ended up being the highest count of the year. That number hit a record low in August at 172, before starting a slow and steady recovery over the past 3 months as prices got back to more survivable levels and operators faced hard decisions on whether to drill or risk giving up leases in some cases. 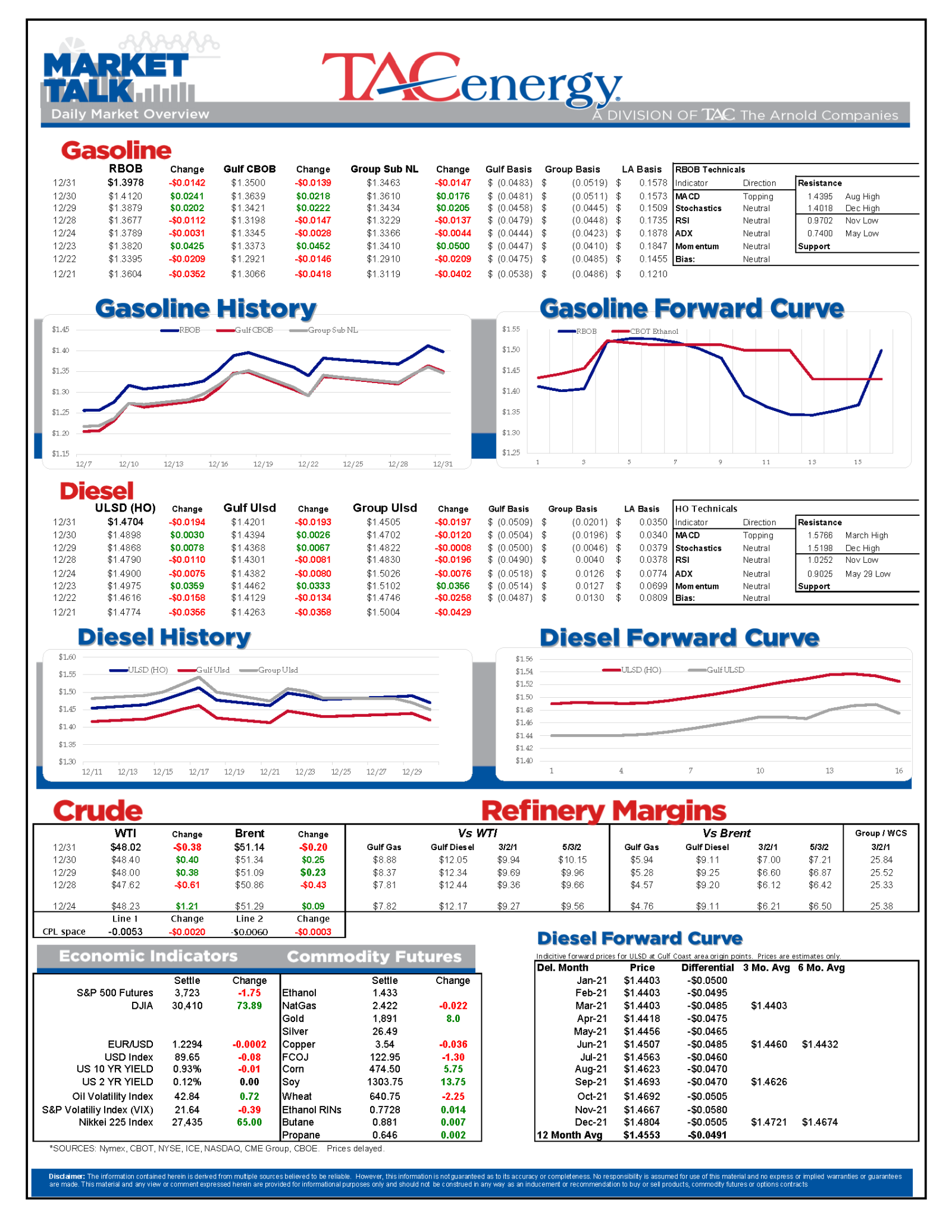 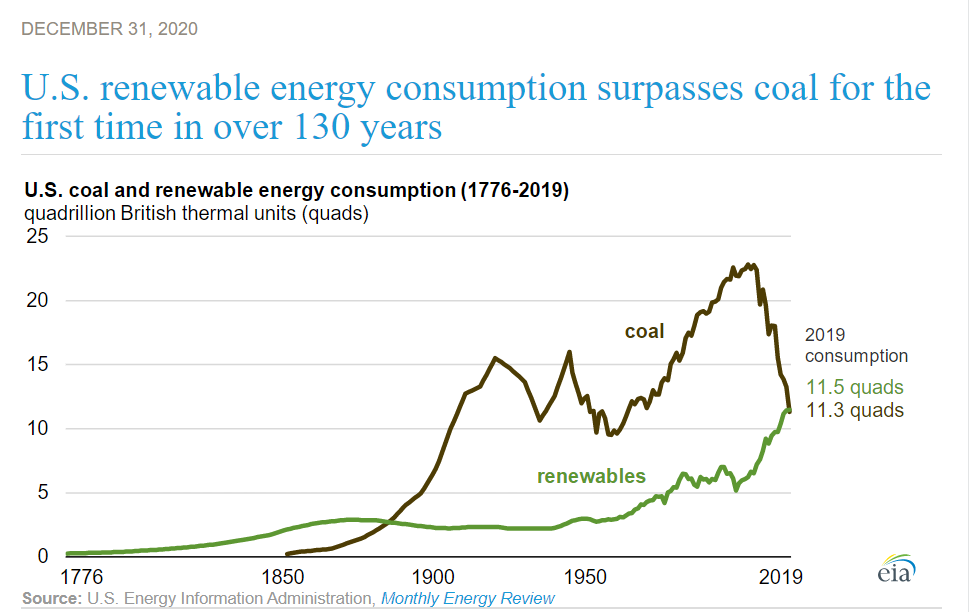