Emphatic Recovery Puts Bulls Back In The Driver Seat

Don’t call it a comeback. Refined products are now up a couple of cents on the week, despite having their biggest single-day selloff in more than a year on Monday. The emphatic recovery after it looked like prices were about to collapse puts the bulls back in the driver seat, although they will need to quickly break through the July highs to avoid creating a rounding top pattern on the charts that would favor some heavy selling as we come into fall.

The impact (or lack of) the surge in COVID cases around the world continues to seem to be helping drive the action in both energy and equity markets (you, as it has for the past 18 months) with the S&P 500 now pushing fresh record highs as fears of lockdowns have eased after investors were spooked earlier in the week.

The world’s best oil trader?  China has made a habit of filling up its strategic oil reserves when prices were depressed, and this week is offering to sell 22 million barrels from those reserves in an effort to curb inflation. It would also make for a nice return given that prices are roughly double what they were during their buying spree, which is slightly better than what they get from of US treasury bills. In addition, the Chinese government is cracking down on refiners’ import quotas, which could further reduce the demand for oil from the world’s largest importer. So far, that pair of headlines doesn’t seem to be doing much to prices, but they could be a key factor in the months to come.

While the wild futures action has justifiably taken most of the attention this week, there has been a big rally in West Coast basis values as well. A pair of refining issues in the LA area has diesel basis pushing 4 month highs, but those values trail a larger jump in San Francisco spot prices by almost 5 cents. It wasn’t clear if the SF spot spike was driven by an immediate refinery issue, or the realization that this week’s ruling by Bay-area regulators may mean that 4 of the 5 refineries in the region won’t be operating in a couple of years. 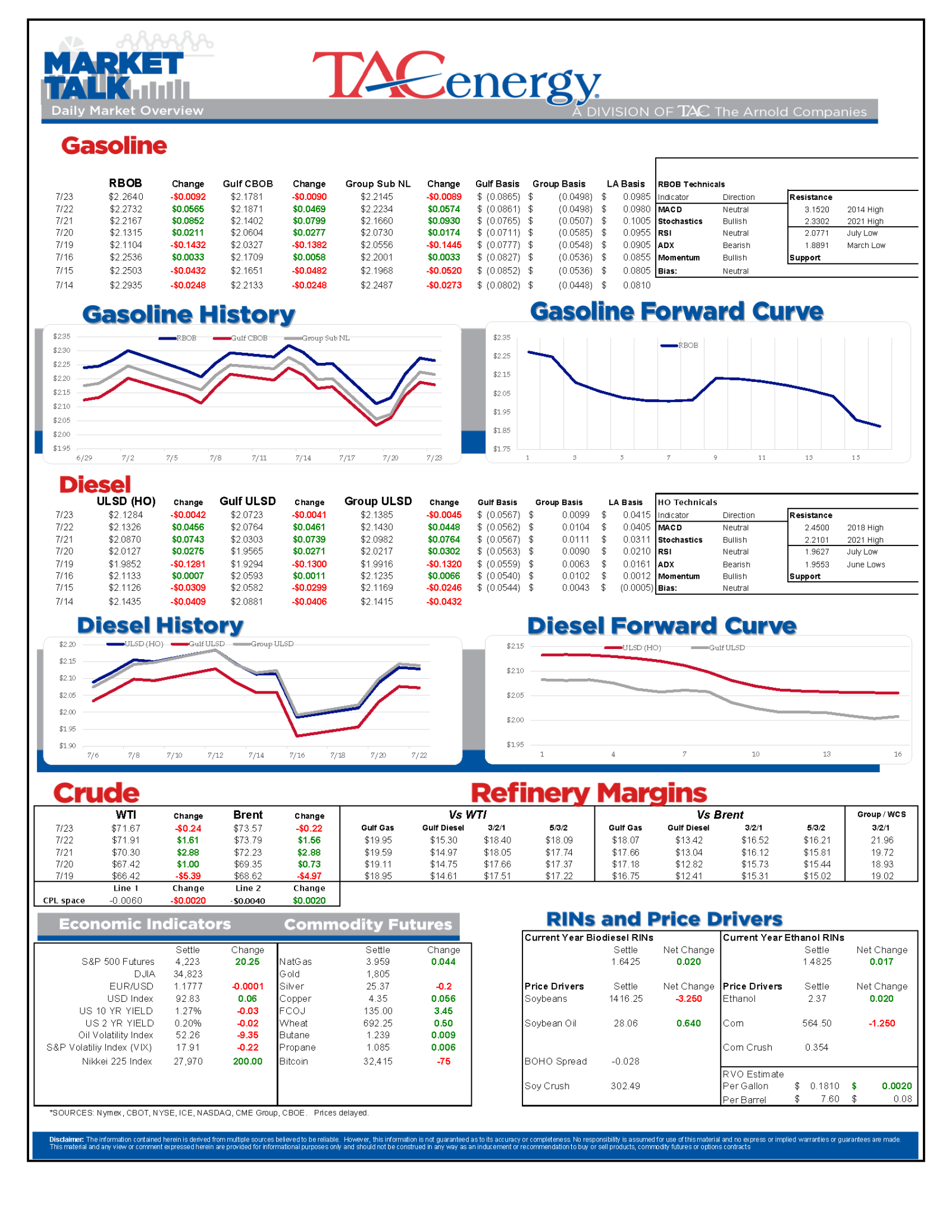 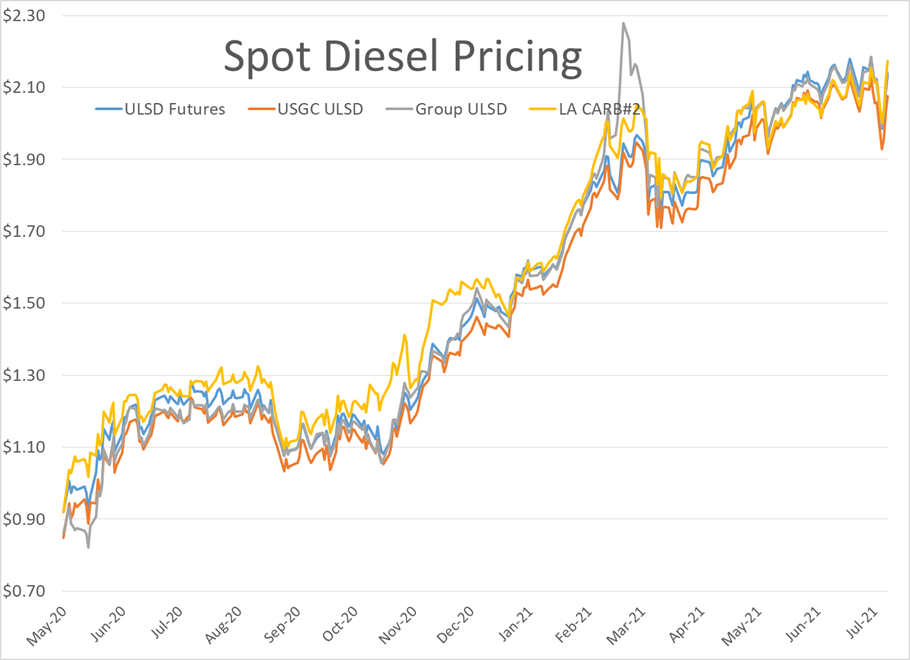 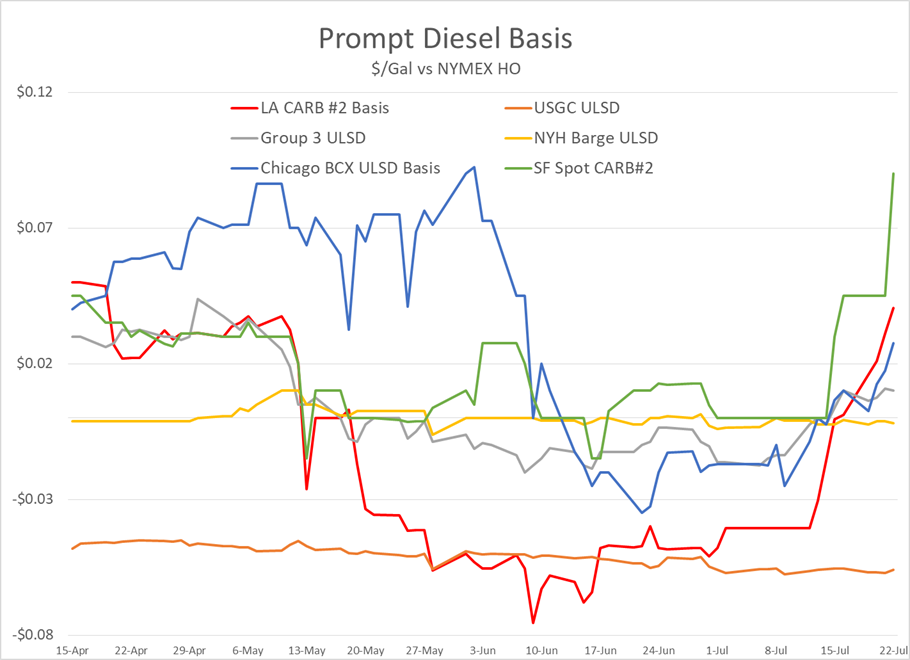