Diesel Prices Ran Into A Wall At The $3.80 Mark Thursday And Quickly Dropped By 16 Cents In An Emphatic Demonstration Of Technical Resistance

Diesel prices ran into a wall at the $3.80 mark Thursday, and quickly dropped by 16 cents in an emphatic demonstration of technical resistance, leaving the energy complex in its sideways trading range.  RBOB initially followed that pattern, dropping more than a dime after hitting the top end of its trading range, but then the expiring August contract decoupled from the rest of the energy train and continued moving higher, and setting a new record premium vs the 2nd month contract.

Today is the last trading day for the August RBOB and ULSD contracts, and the lack of volume on expiration day is already causing fireworks that look impressive on the charts, but won’t matter to almost everyone who buys fuel, since the September contracts will determine tonight’s pricing moves. For example: As of 8am central, August RBOB prices are up 15 cents/gallon, but most cash markets are following the September RBOB contract which is “only” up 6.

The extreme backwardation in gasoline prices is not just showing up in the futures market. Prompt RBOB values in the NYH are trading some 40 cents above values for barrels delivered 2 weeks from now, and 68 cents higher than RBOB on the Gulf Coast as a short squeeze for summer gasoline grips parts of the East Coast, even while other parts of the country are having trouble finding buyers. This seems to be a less extreme example of what we saw in April and May when New York Harbor diesel prices spiked to premiums of $1.20/gallon or more compared to its neighboring cash markets. The forward pricing curve suggest that this spread will collapse in August, just as we saw diesel premiums collapse in May (see charts below).

One extra challenge for the East Coast, there were several forecasts when the war in Ukraine started that European refiners would run full out to make as much diesel as possible, and end up with excess gasoline to be sent to the US, but some of those facilities are now running well below capacity as soaring natural gas costs (and/or limited supply) make operations uneconomical for some and unfeasible for others.  For those that remember last year’s freeze induced natural gas price spike and shortages that led to every refinery in Texas to cut operating rates, this scenario playing out in Europe is easy to understand, as is the potential fallout from the lack of output.

Right on cue, PBF announced it is bringing its idled crude unit in Paulsboro NJ back into operation after shutting it down to try and avoid bankruptcy during the depths of the COVID demand slump.

In other earnings news, Pemex announced that they made $862 million in EBITDA in the first 6 months of operations at the Deer Park refinery, which is $150 million more than they paid for their interest in the facility.  Still no word from Shell if they’d like a do-over on any of the refineries they dumped in the past two years.

Valero joined most other refiners, smashing its records for profitability during the quarter, increasing run rates to 94% of capacity, up from 74% 2 years ago. The company also had record renewable diesel production, and expects its next RD expansion project to be completed by the end of the year. In a sign of the market’s skepticism over the forward outlook of fuel demand, the company’s stock dropped after the announcement even though earnings surpassed most published expectations.

The senate spending deal that surprised many this week has good news for biofuel producers in that the $1/gallon blenders tax credit is expected to be extended for another 2 years. One potentially painful mistake however is that the bill also includes a $1.25/gallon tax credit for sustainable aviation fuels, which means producers will get an extra 25 cents/gallon to make SAF instead of BIO or RD, which could heat up the feedstock wars once again and send fuel that had been used over the road for the past decade into the skies. The bill includes numerous other potential credits and incentives for both renewable and traditional fuel production, and capturing the carbon created by those projects. 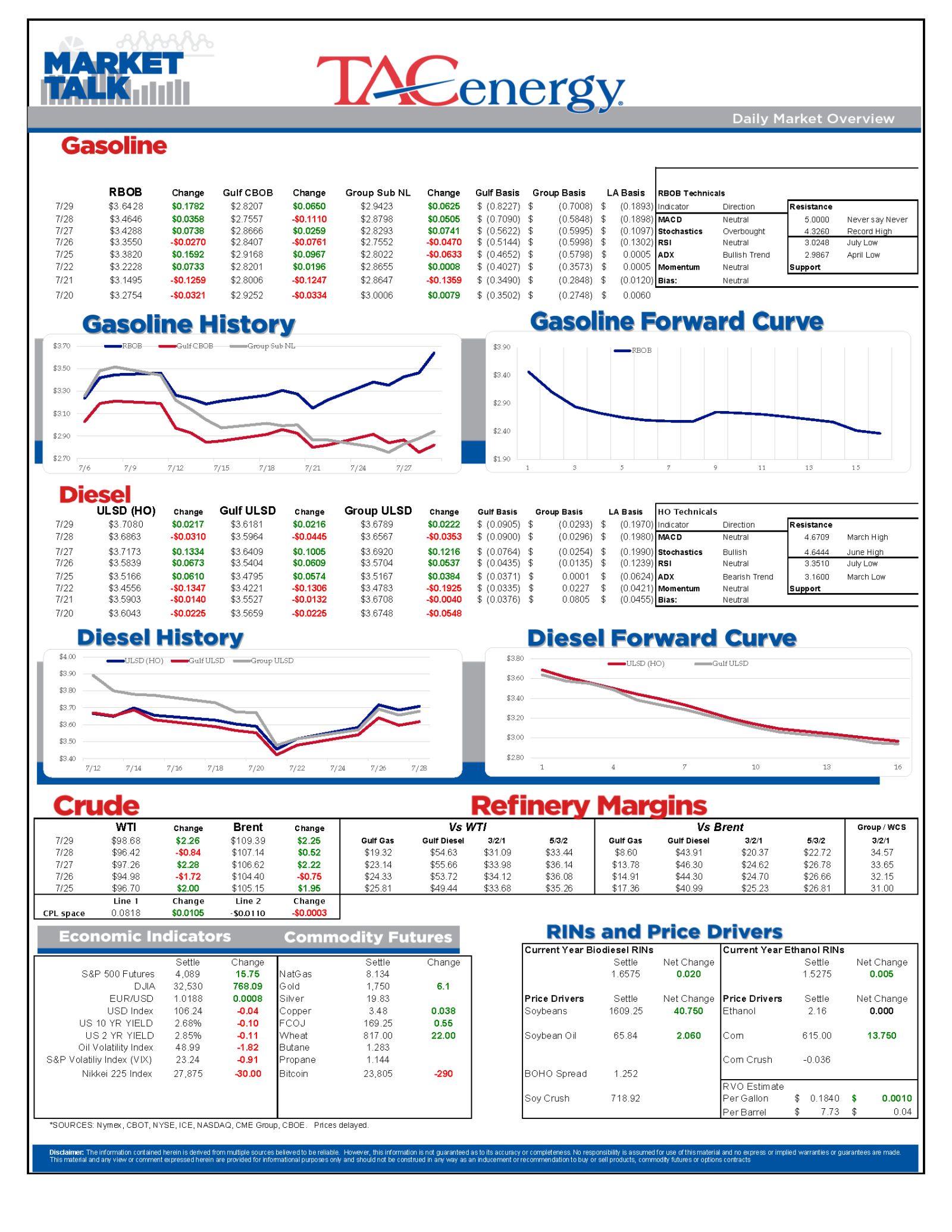 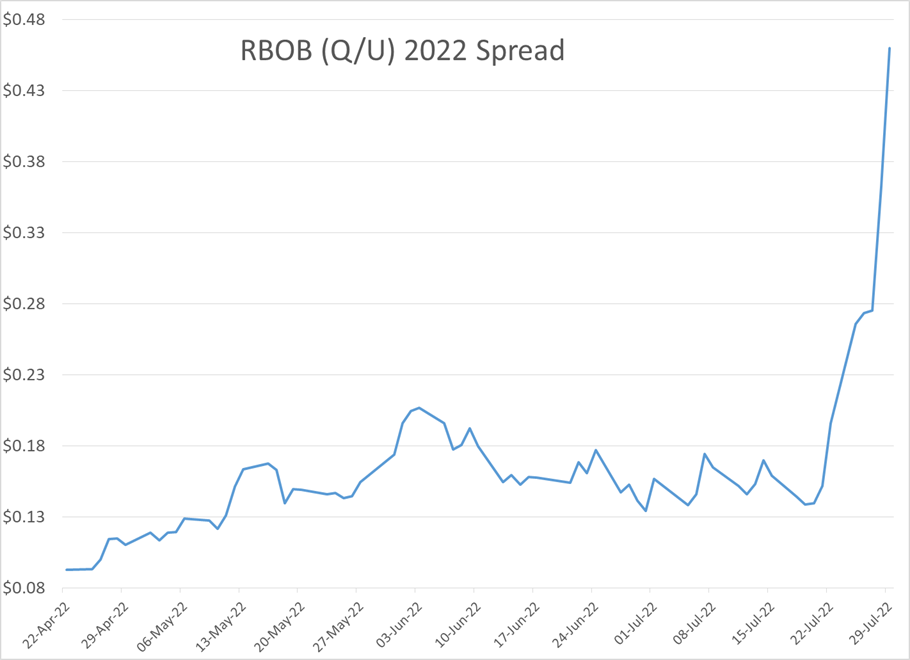 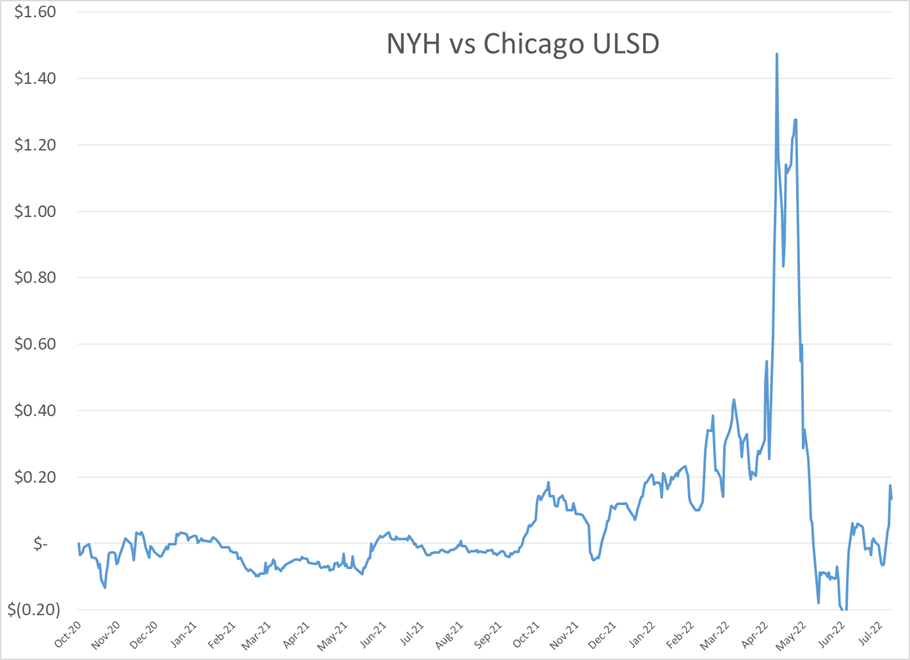