Diesel prices have dropped 45 cents from Monday’s high as demand concerns both domestically and globally are putting heavy downward pressure on prices, and RBOB and WTI are now joining in on the selling after resisting the pull lower Wednesday. ULSD futures are still more than 10 cents higher than their August lows, but look like they could make a run at those levels soon, with a move below $3 likely if that support breaks.

Some suppliers will be breathing easier this morning after reports that a “tentative deal” was reached to avert a nationwide railroad strike that could have created chaos in numerous commodity markets. Ethanol supplies in particular were troubling many suppliers this week as it could have left many terminals with plenty of gasoline in the tank, and yet no E10 available to sell at the rack, in addition to numerous concerns about Biodiesel and DEF supplies nationwide. Watch the price reaction in the grain, renewables and RIN markets today to see whether or not the market believes this deal will actually make it to reality.

The European Commission proposed an emergency energy market intervention plan Wednesday that includes mandatory reductions in demand for member countries, a cap on electricity prices from renewable, nuclear and coal sources, and a “temporary solidarity contribution on excess profits” for oil and gas sectors that somewhat like a Soviet-style solution to the Russian energy problem. The plan did not include a price cap on Russian energy purchases as had been previously proposed.

The IEA highlighted how Chinese lockdowns are leading a slump in global energy demand, but noted that demand is still growing, just not as fast as it was expected to this year. The monthly report also noted that EU embargos on Russian oil have not yet come into effect, and will do so just in time for the coordinated SPR releases to come to an end, leaving markets susceptible to new price spikes. The report highlights the specific concerns around distillate supplies, as Europe still does not have a solution for the 600mbday of Russian diesel it will stop importing this winter, and refinery capacity constraints severely limit their options.

Wednesday’s DOE report showed a large build in US Commercial crude inventories, but total oil stocks including the SPR declined, proving the IEA’s point that supplies may not look so strong once the record releases come to an end in two months. US crude oil output has stagnated over the past two months as labor logistical challenges continue to limit the growth in production. The report estimated that US diesel demand dropped by 13% to its lowest level of the year last week, which certainly isn’t helping encourage any buyers to step in at these lower levels, even though most PADDs have inventories well below normal levels.

Want to understand why California gasoline prices surged by more than $1/gallon last week? Take a look at the PADD 5 gasoline stocks chart below. Also note the huge decline in Midwestern (PADD 2) gasoline stocks the past 2 weeks as regional refiners have struggled to stay online, and shows how important the RVP waivers issues after BP’s refinery went offline were to avoid a price spike like we’ve seen on the West Coast.

Tropical storm Fiona was named overnight, and most models continue to suggest the storm will turn north by Monday and not threaten the Gulf of Mexico, making it a non-event for energy supplies. Most models keep this storm moving away from the East Coast as it moves north, but a few suggest that a landfall near the Carolinas is possible next week. 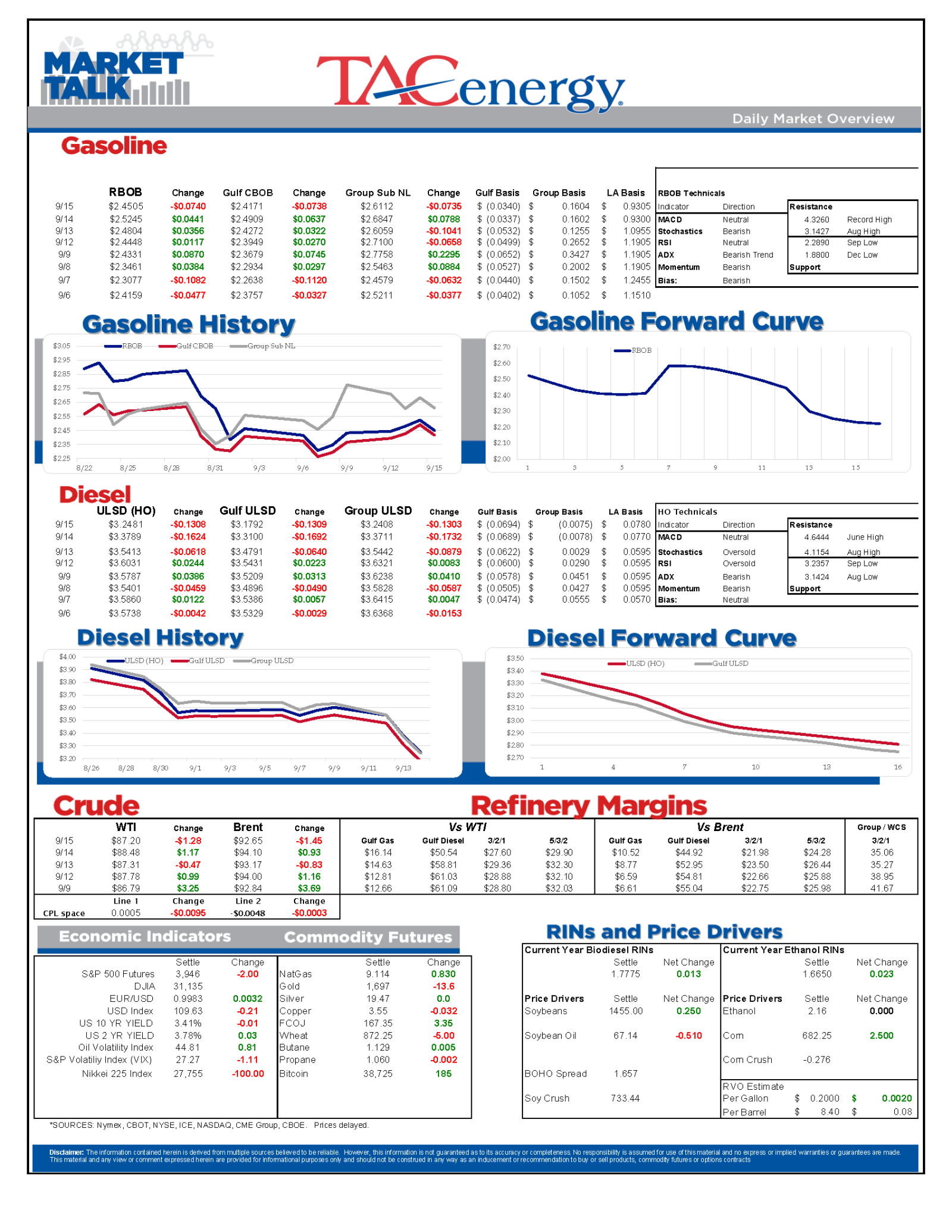 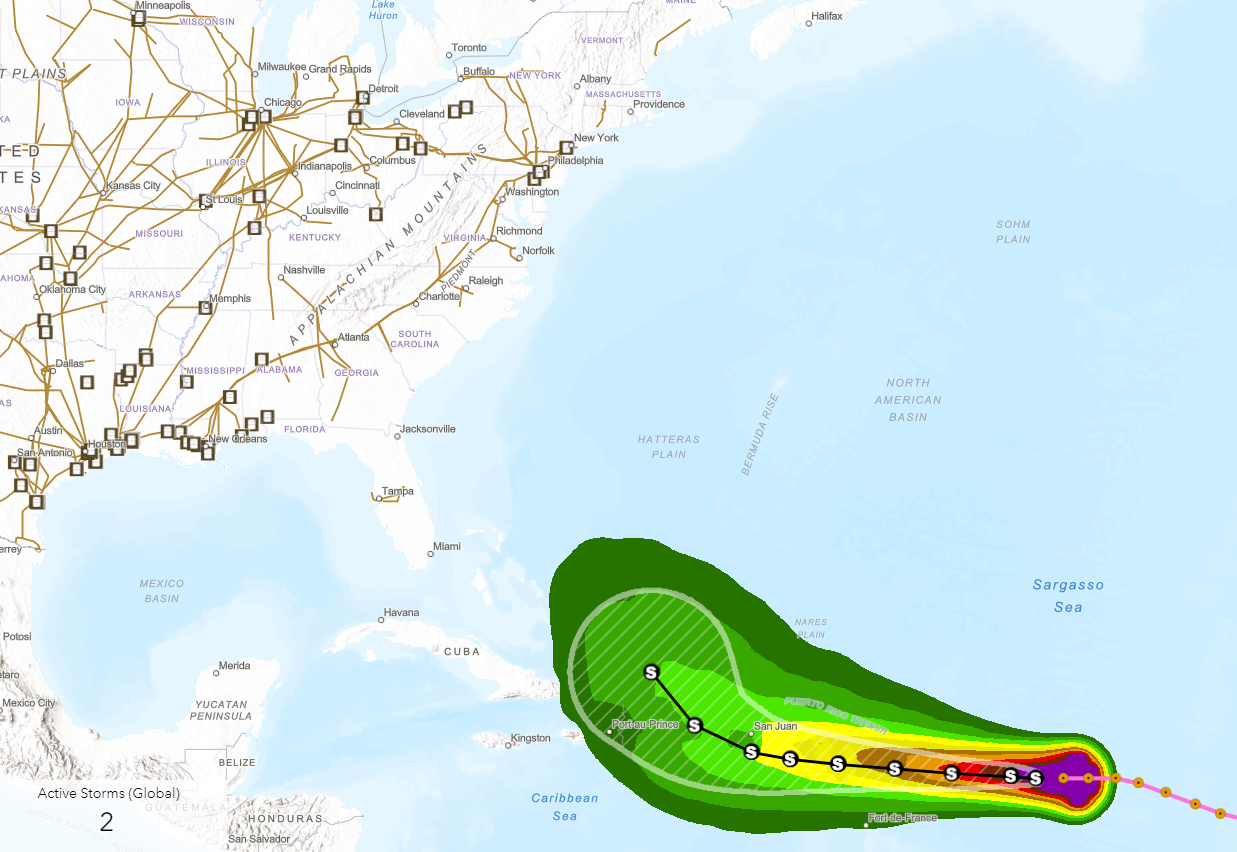