Diesel prices are once again trying to lead the energy complex in a rally after 2 days of heavy selling for gasoline and oil prices as both fuel supplies and inflation continue to move somewhere between bad and worse. The big news that appears to have sparked a 25 cent bounce in distillates the past couple of days was that Ukraine was cutting off nearly 1/3 of Russian natural gas shipments, at least in part because Russia is lobbing bombs at the facilities pumping that fuel.

While equity and Energy prices were seeing strong gains in the overnight session, they’ve pulled back sharply this morning following the April CPI reading that showed inflation is holding near a 40 year high, and will give the FED plenty of reasons to hike rates and stop printing money. If you’re looking for good news, you might say that April’s inflation reading of 8.3% for the year wasn’t as bad as the 8.5% estimate in March. Then again, if you read through the release and realized that it was a drop in retail gasoline prices that accounted for a big part of that decline, you can already guess how May’s numbers will look now that gasoline prices have surged to new all-time highs.

The EIA’s monthly report reduced estimates for global crude oil and fuel production, noting the extreme levels of uncertainty caused the war and fuel embargoes. The report did however suggest that global inventories will be able to build in the back half of the year as new supply sources return from their COVID-induced shutdowns.

A Reuters article this morning highlights the steep discounts that Russian diesel cargoes are trading for as most European nations that are desperate for distillates still refuse to take those supplies. Meanwhile, the premium for prompt barrels in NY Harbor is several times larger than the premium paid for non-Russian diesel in Europe, which suggests enough of the Russian barrels are still making it through the EU loophole while the US is struggling through the tightest supply ever on the East Coast.

Based on the pullback in prices in all US markets outside of the East Coast, it seems like just a matter before we see a collapse in values of $1/more in the NY Harbor, but so far this week we are seeing the opposite as premiums surge to $1.40 over futures even while most other US markets have shifted to discounts.

The API reported small inventory builds across the board in its weekly report yesterday, which offers little relief to markets around the country that have seen terminal outages become commonplace. The DOE’s weekly report is due out at its normal time this morning. 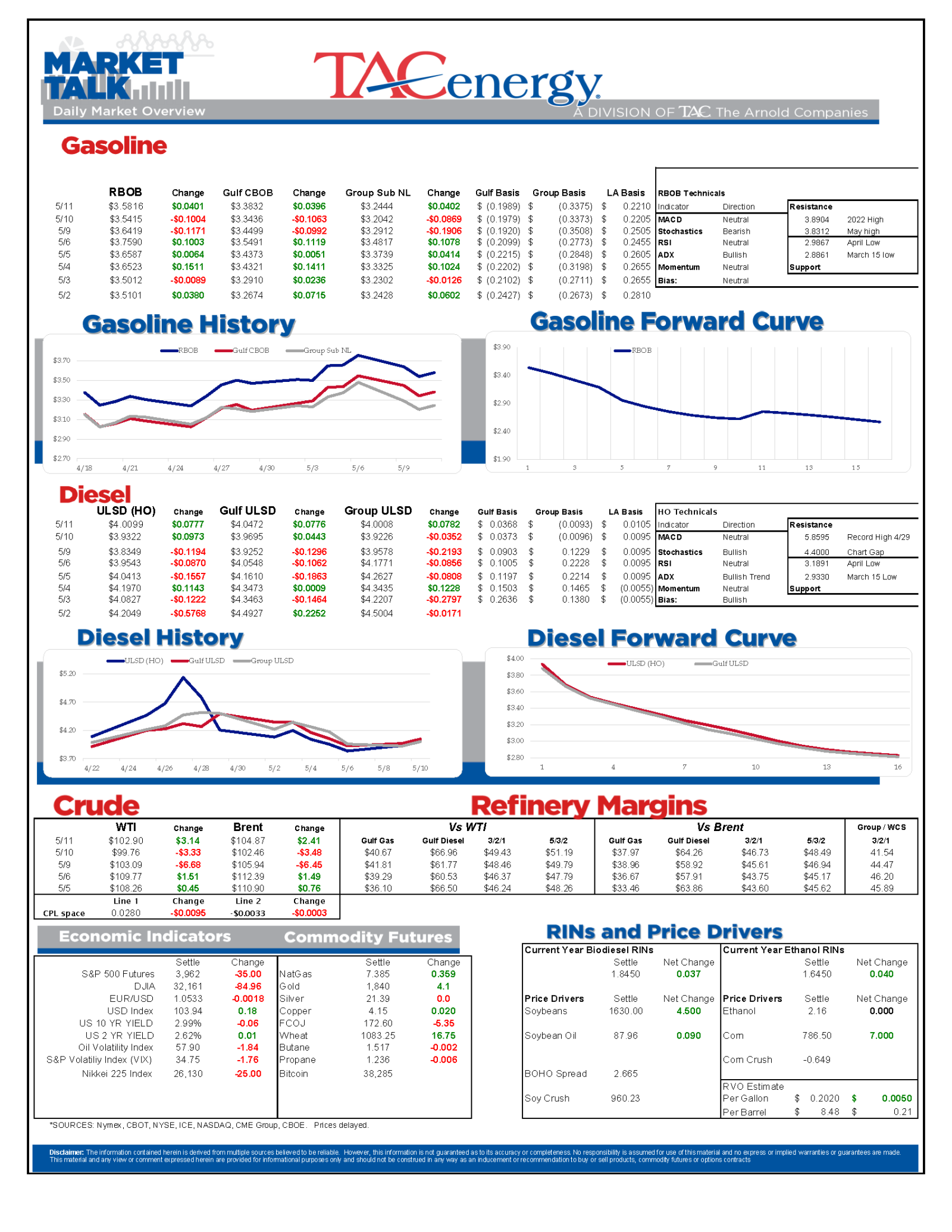 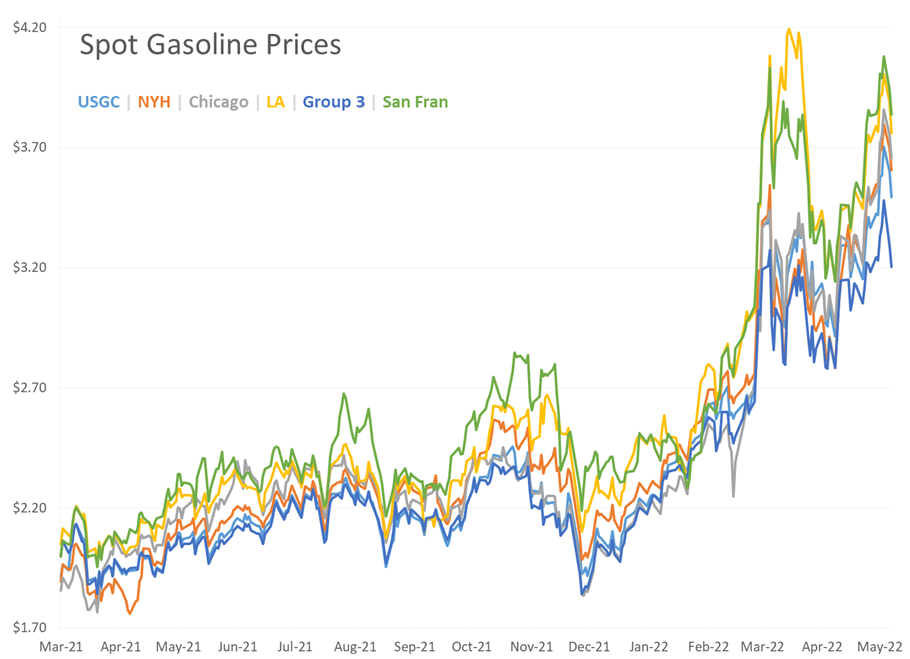 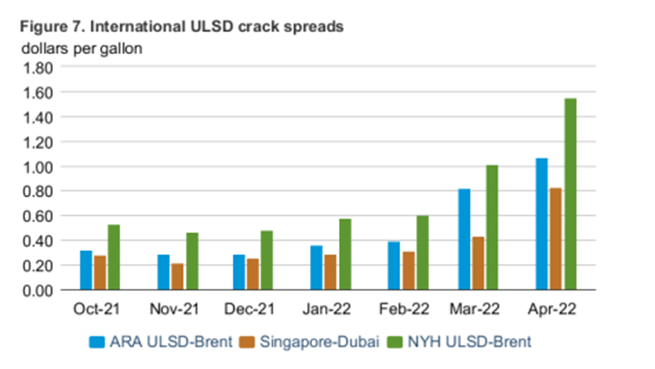