Demand fears are hammering energy prices this week, with gasoline futures reaching a 7 month low, while distillates have dropped nearly 30 cents so far this week. Today is the last trading day for the September RBOB and ULSD contracts, so watch the October futures (RBV and HOV) for direction if your markets haven’t already rolled to the new reference months.

Tomorrow, the prompt RBOB contract will be a winter spec, which is trading around $2.45 this morning, some 15 cents cheaper than the expiring summer grade contract, and will be the lowest price since January 25th. Gulf Coast cash markets have already started trading winter-spec gasoline grades, and are trading below $2.30/gallon this morning, which could mean some retailers in the south may be posting prices below $3 this weekend if prices hold.

China’s new lockdowns, on top of reports that their factory activity was already slowing down are both contributing to the bearish sentiment this week, as is the sense that Europe is already in a recession, and things may only get worse as consumers struggle just to heat their homes.

OPEC’s technical committee reported  a larger surplus in oil supplies than previous forecasts, and highlighted the risks to oil demand caused by inflation and the tighter monetary policy attempting to combat it. While that outlook gives the cartel an excuse to announce production cuts at their meeting next Monday, reporters in Russia are claiming the OPEC & Friends group is not yet putting that option on the table. Of course, Monday just happens to be a holiday in the US & Canada, and spot markets won’t be assessed but futures will be open, meaning we could see some wild price swings that will keep rack prices moving even while most are trying to soak up their last few moments of summer.

The API reported a draw in gasoline inventories of 3.4 million barrels last week, and a decline of 1.7 million barrels for distillates. Crude oil stocks were up just under 600,000 barrels on the week, which is not too impressive given that we’re still seeing SPR releases of nearly 7 million barrels each week. The DOE’s weekly report is due out at its normal time this morning.

The storm that will probably be named Danielle in the next few days should move north and not make a direct hit on the US. The other storm moving off the African coast will have to be watched for a few days, but isn’t given high odds of becoming a US threat either, while a 3rd system in the north Atlantic is too far out to sea to be a threat. 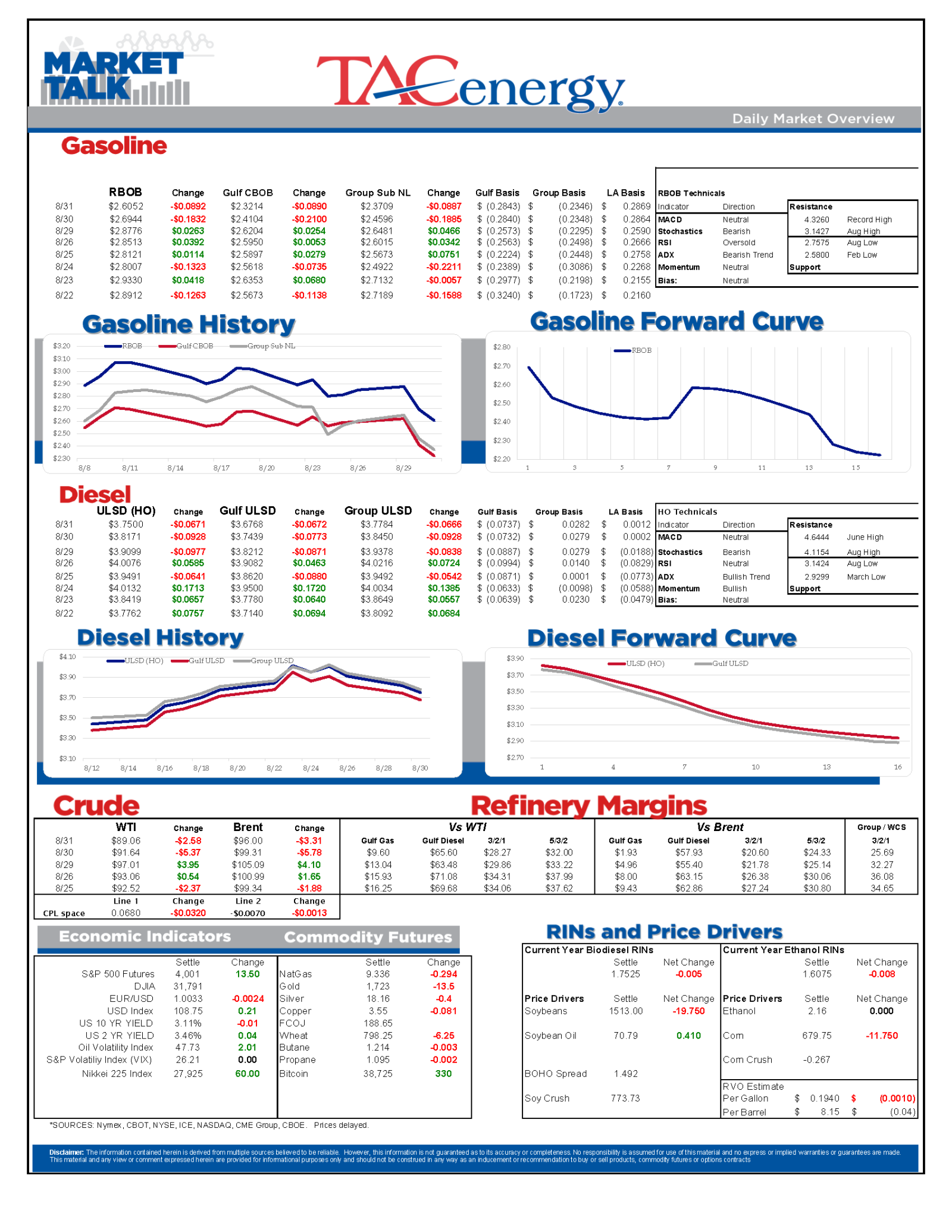 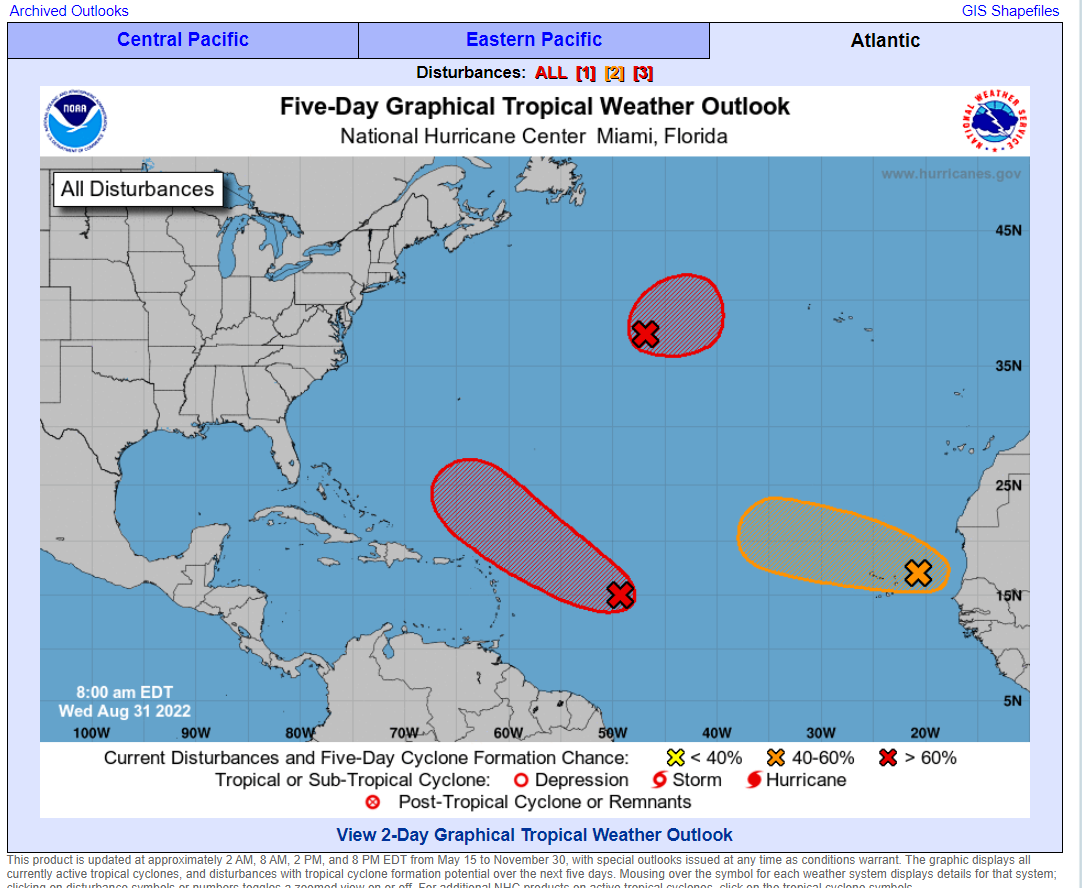