Gasoline prices touched fresh 18 month highs overnight, and are holding on to gains in the early going.  Diesel prices are also ticking higher, but are lagging the strength in gasoline, even as the fundamentals for diesel look stronger than gasoline near term.

Tuesday’s session was highlighted by a heavy wave of selling in the early going that proved short-lived and gave way to gains after an hour or so. U.S. stock indices also staged a large intra-day rally after heavy morning selling, thanks in part to some calming words from the FED Chair who was testifying before the Senate banking committee. While the correlation between stocks and energy price moves daily remains fairly strong (near 80% for the S&P 500 and WTI and ULSD contracts) the timing was mismatched as energy contracts rallied early and equities later in the day, that suggests petroleum prices are still being driven primarily by refinery news this week.

While significant progress is being made in restarting shut down plants across the country, several plants are discovering that restarts will take a month or so due to damage exceeding original expectations.

While refined product supplies in general are tight across Texas and some adjoining markets, it looks like diesel is the bigger concern for outages in the short term. We’ve already seen spot to rack price spreads for diesel rally to their widest levels in more than a year this week, and a supply outage at the terminal in Odessa, TX was reported Tuesday evening. Complicating tight supplies, diesel demand across the U.S., based on EIA calculations, has been above average for this time of year, as economic recovery and some shift in consumption patterns (think delivery trucks) combine to offset the negative impacts of COVID.

The diesel strength is not just limited to the Gulf Coast. Group 3 ULSD basis differentials reached a three year high yesterday, even as demand in the region slumped dramatically due to the cold snap last week, and the neighboring Chicago market is seeing similar gains. With the refineries in KS and OK that were forced to shut units due to that storm all restarting this week, and the Explorer pipeline operating normally, it seems the price rally is due to barrels being diverted to other markets across the south, rather than moving north to the Midwest, which in turn forces buyers to pay up in order to find replacement barrels.

The API reported a large draw in diesel stocks last week, even as gasoline and crude stocks saw small builds. The EIA report this morning is expected to show some wild numbers as the refinery and oil production shutdowns will be showing up in the numbers for the first time.

HollyFrontier released their 4th quarter earnings this morning, reporting a loss of $117 million for the quarter due largely to "weak demand for gasoline and diesel coupled with compressed crude differentials.” The company did highlight its balance sheet strength and “ambitious” capital and turnaround plans as demand recovers. 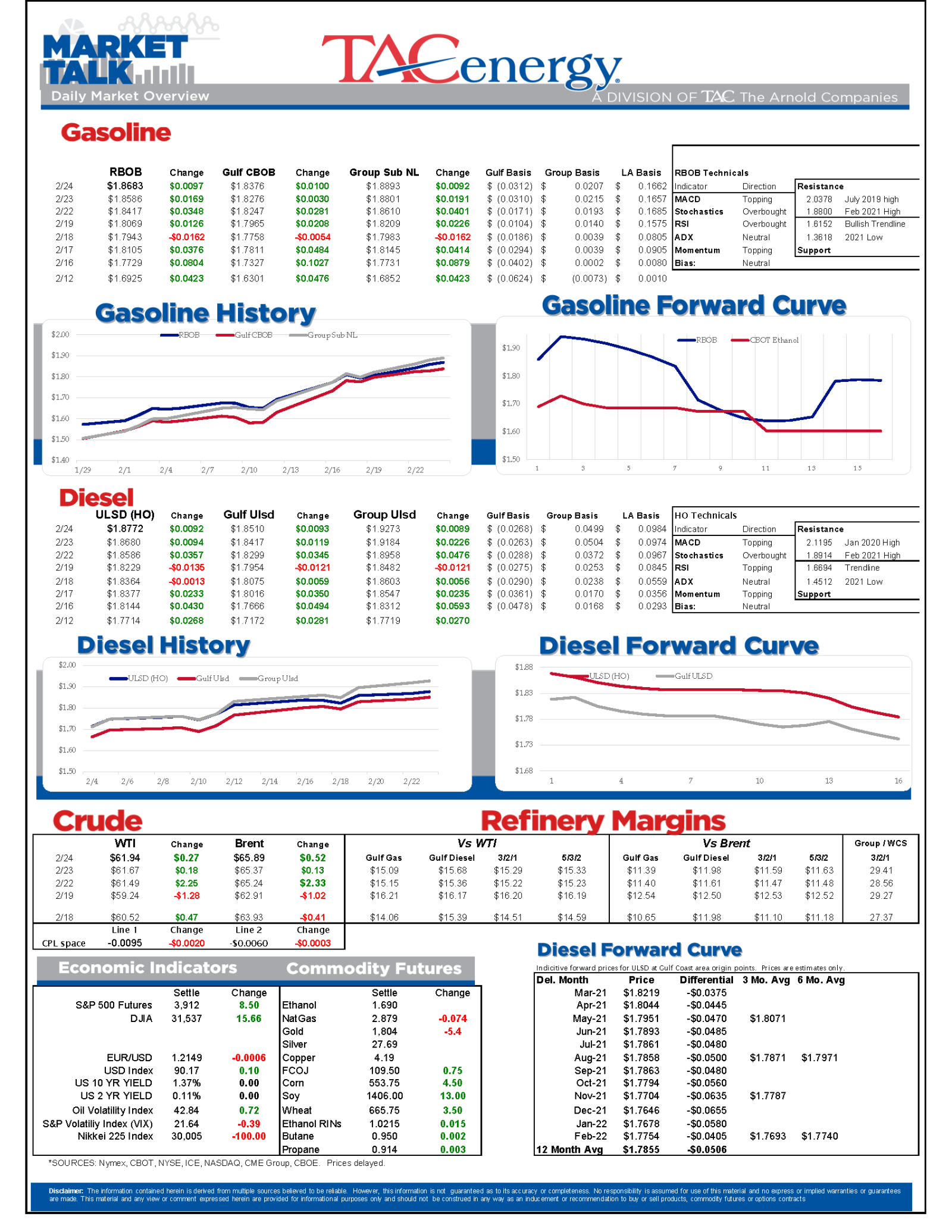 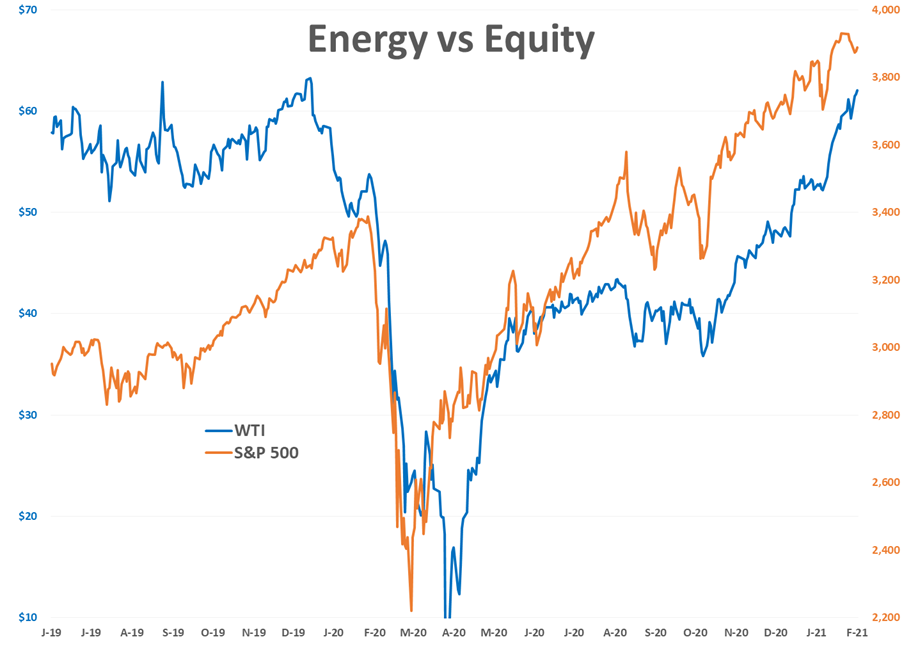 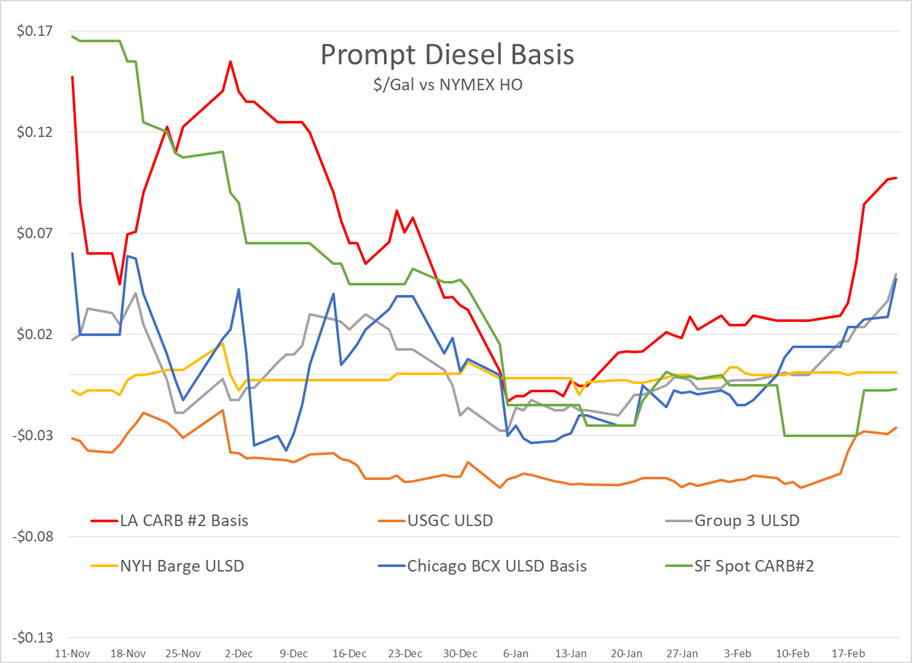