Concerns Over Storage Appear Largely Behind Us

One month ago, oil futures traded in negative territory for the first time ever, and then plunged to unthinkable levels a few minutes later. Today, the newly prompt July WTI contract is going for $32/barrel, a casual $72 above the lows set by the May contract.

Gasoline cash markets around the country are up 80 - 90 cents during that same time, as concerns over a lack of storage appear to be largely behind us now that drivers are starting to hit the road again. The diesel outlook is less optimistic however, and it shows in prices that have only rallied 20 - 30 cents in the past 30 days.

The EIA took a deeper look at the drop in oil rigs over the past two months. Many believe that the agency’s estimates of oil production have been overstated as the models used aren’t keeping pace with the reality on the ground.

The technical breakout that started last week has the energy complex looking very bullish, targeting the chart gaps left behind by the opening shots of the Oil Price War in March, some 20 cents above current levels for RBOB and ULSD. That said, the recent run-up has also left several short term indicators in overbought territory, so another round of heavy selling seems likely whenever this latest rally runs out of steam. 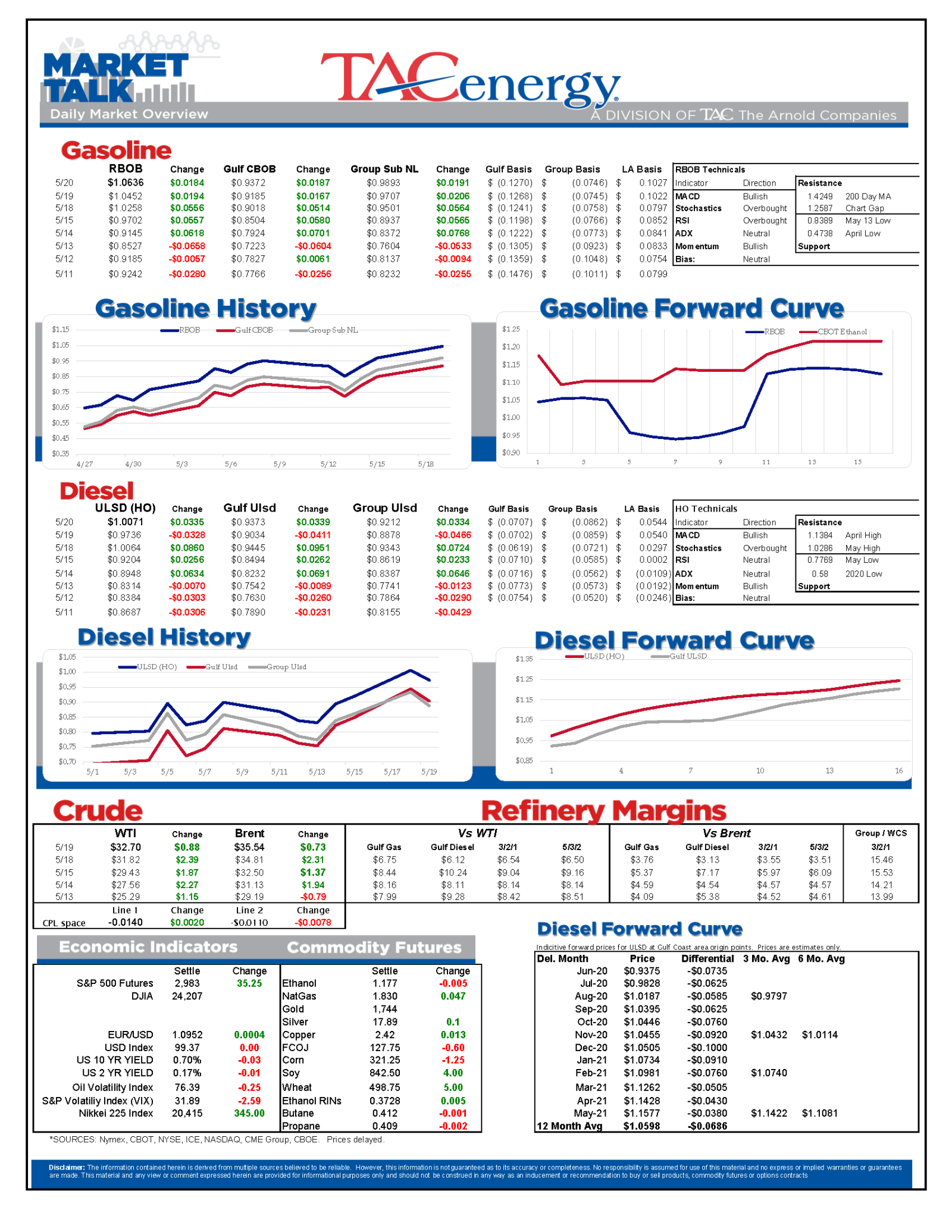 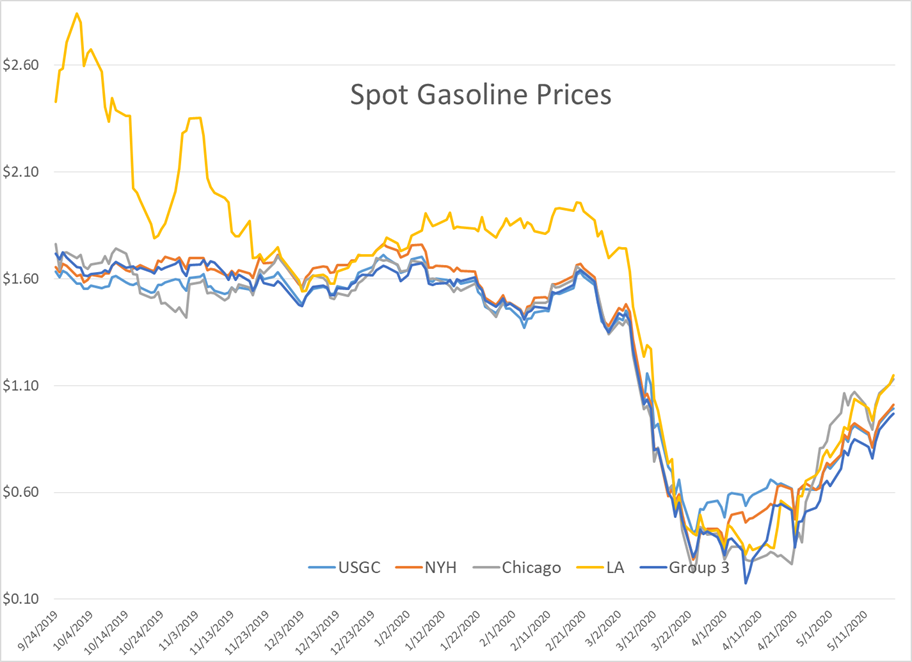 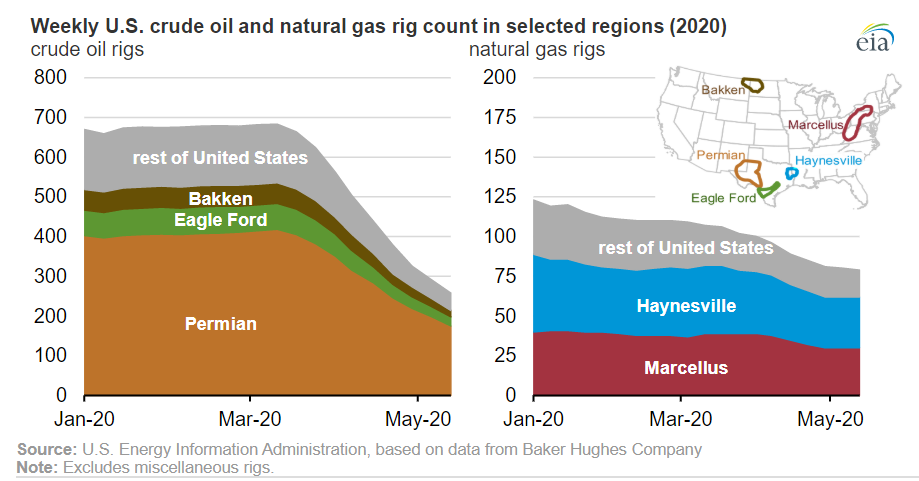