Energy futures have taken back most of Monday’s big losses, rallying it tandem with equity markets as more evidence emerges showing that vaccines are largely effective against the Delta variant, alleviating concerns of more widespread shutdowns. For now, this recovery rally has removed the risk of a price collapse and leaves the complex in neutral technical territory, which may mean we’ll be stuck in another back and forth pattern near term.

Wednesday saw some healthy early buying turn into a furious late-morning rally after the DOE report showed a bounce back in demand estimates, even as crude oil inventories snapped an 8 week streak of declines. The report wasn’t as bullish as the price action might have you believe however, as gasoline imports reached their highest level in 10 years last week, in what could be a sign of the ongoing global refining capacity excess that many expect will lead to more plant shutdowns.

Speaking of which, California continues its crusade against crude oil refiners this week, as local regulators in the Bay Area voted to require the PBF and Chevron refineries to install wet gas scrubbers within the next 5 years. The timeline means this ruling is unlikely to have a near term impact on supplies, but the hundreds of millions of dollars required for those installations could be the last straw for those facilities longer term and could force them to close or convert operations as we’ve already seen from 2 other bay-area facilities over the past year.

Up in smoke: As wildfires sweep across north America, a Washington state forestry program that was the 2nd largest generator of carbon offset credits for California’s Cap & Trade program has reportedly burned down. While that story has plenty of low-carbon irony, it’s unlikely to have much influence on CCA credit prices as those offsets are only currently allowed to cover 8% of a company’s obligation, and that off-set cap will soon shrink to 4%. 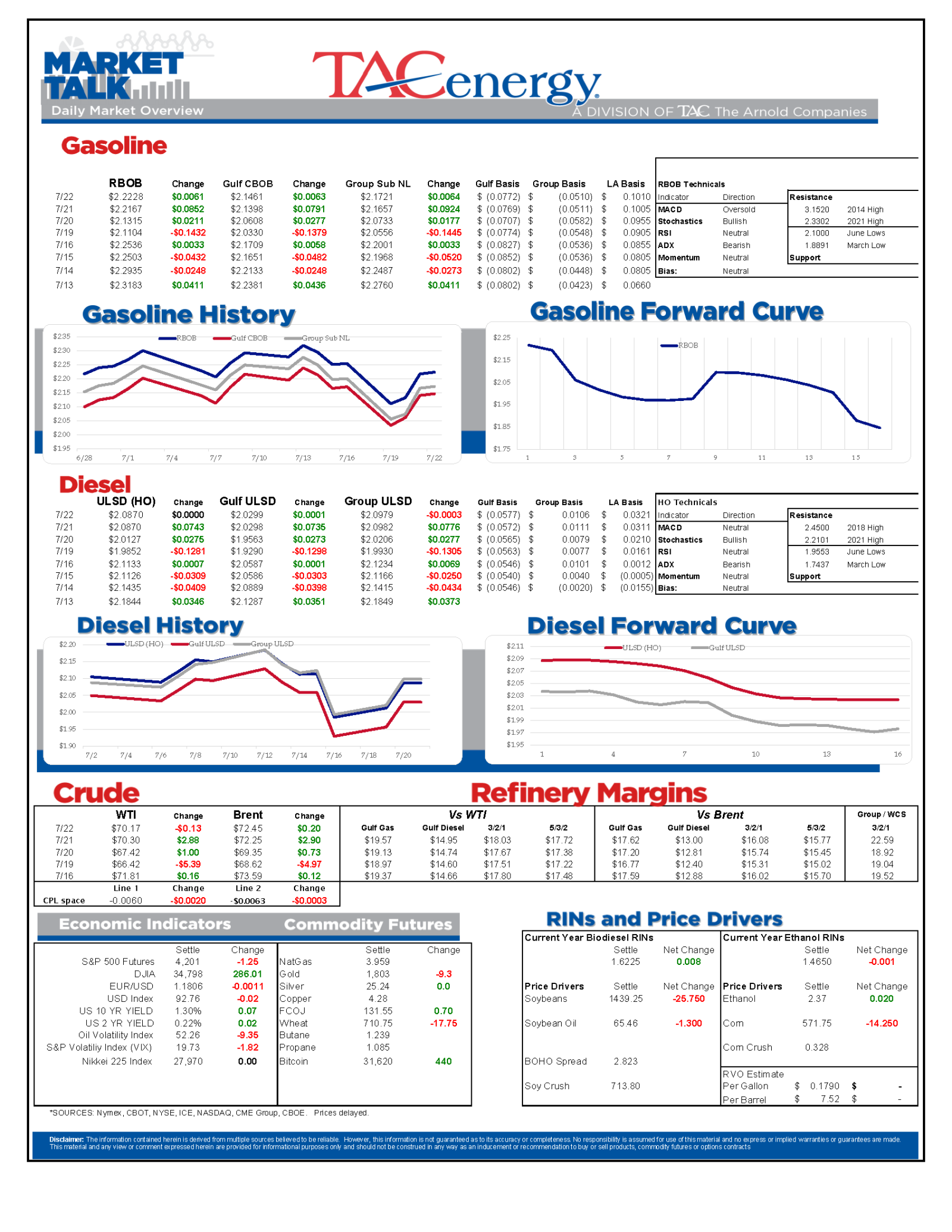