Complex Managed To Shrug Off Sell-off In Equity Markets

It’s another quiet start for energy futures Tuesday after the complex managed to shrug off a large sell-off in equity markets to start the week, with rumors of a new OPEC production cut getting credit for the relative strength. WTI did manage to trade north of $55 overnight before pulling back this morning, marking a 9% bounce from last week’s lows.

While petroleum prices were going nowhere Monday, corn prices had their worst sell off in more than 5 years, trading limit-down (25 cents/bushel) after the USDA reported more acreage planted than had been expected due to widespread flooding this spring. Ethanol prices fell 8 cents in sympathy. RIN values continued to slide following Friday’s EPA announcement of 31 approved small refinery waivers, although it’s worth noting that 6 applications were rejected this year, the most in 3 years since a federal court ruled how the waiver should be applied, which lowers the total amount of fuel exempted from the RFS.

The EIA’s monthly drilling activity report is projecting further increases in shale output in September, which should bring total US production to a new all-time high despite the reduction in active drilling rigs. The “DUC” count remains north of 8,000 wells, which means production can continue to grow for months, even with fewer rigs at work.

Feeling the heat? You’re not alone. Texas set a new record for electricity demand this week, and electricity prices saw a huge spike that show one of the downsides of the state’s recent reliance on wind farms. 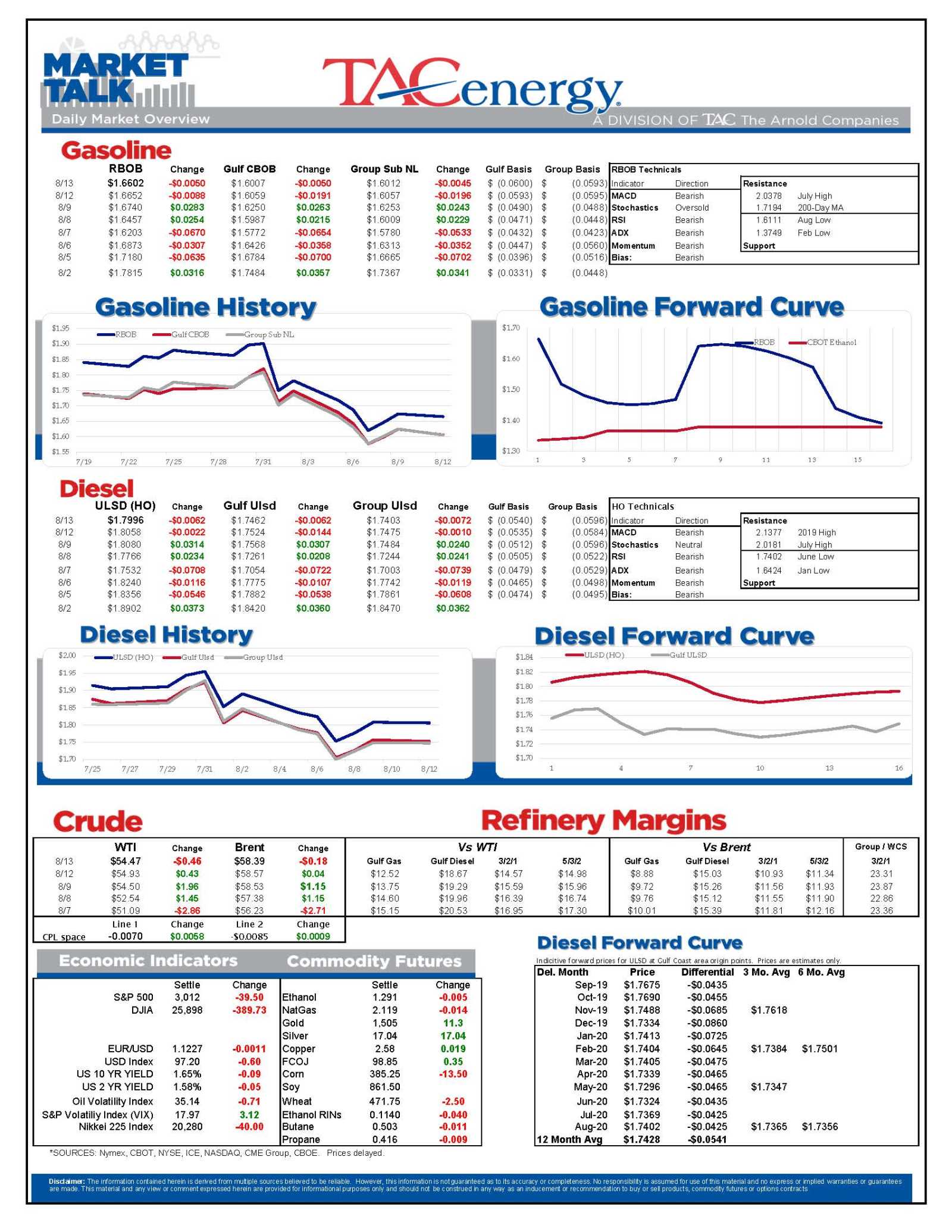 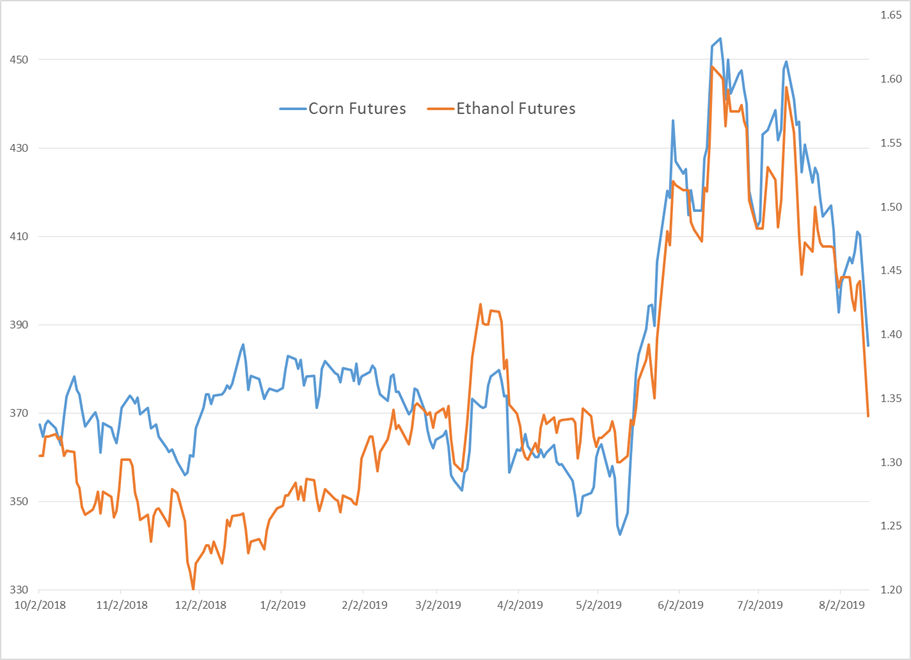 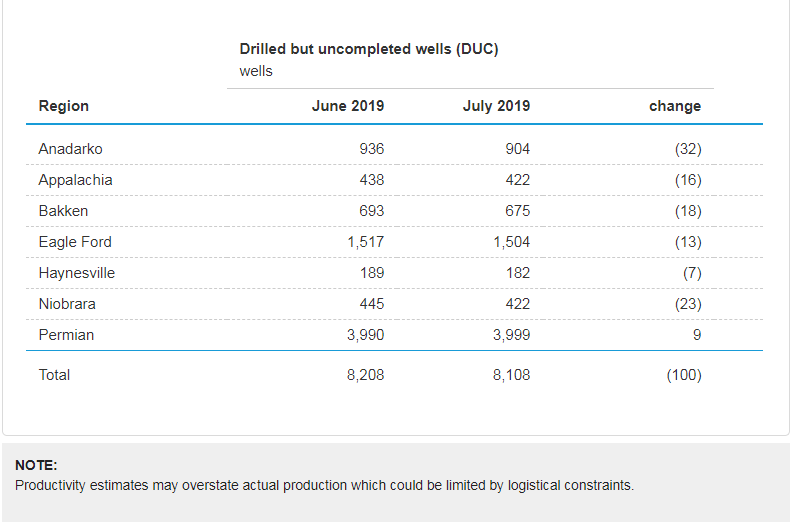