Christmas Eve was not kind to energy prices Monday as the big three American benchmarks lost 4-6% on light volume. Gas and diesel futures lost over 6 and 7 cents respectively while the prompt month crude oil contract cut almost $3 off of Friday’s price.

The CFTC reported that short speculative positions have hit an annual high with the money manager classification of trader opening 20,000 outright short positions as of 12/18. While it may not necessarily indicate future price direction, it is important to note that bets on lower prices have not been this high since last October.

Premiums over Colonial Pipeline tariffs remain elevated going into the new year as traders vie to take advantage of favorable cash price differences from the origins along the gulf coast and the sundry delivery points up the eastern seaboard. Values for both the gasoline and diesel lines remain at levels not seen since 2016.

The charts are having a hard time offering any bullish sentiment as prices burned through flimsy support to levels not seen since early 2016. A bounce-back today could make a case for some level of overselling Monday. Currently, only the January ULSD contract is staying in the red so far today, but only just. RBOB is tacking on 1.5 cents as WTI tempts cutting Monday’s losses by a third by adding $1 today. 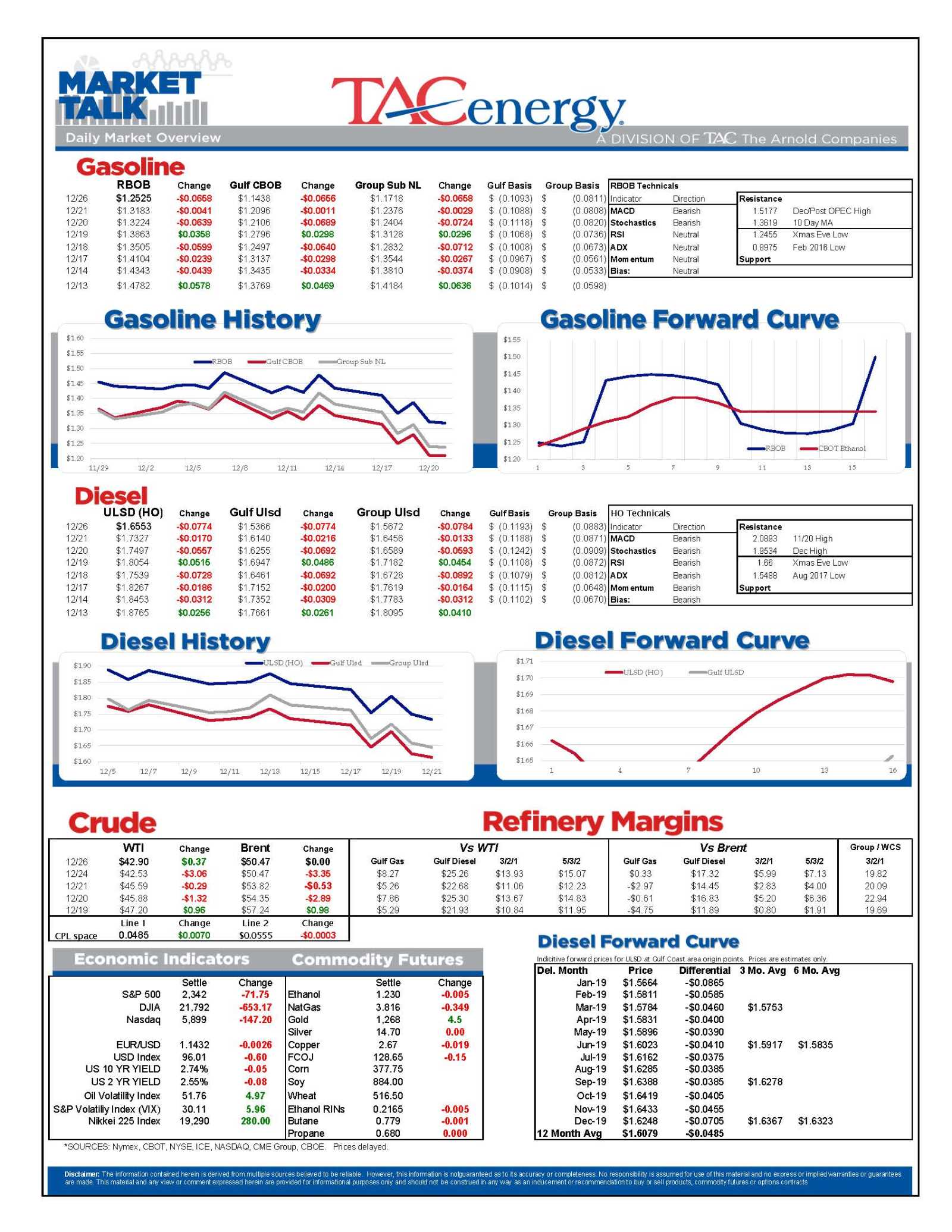 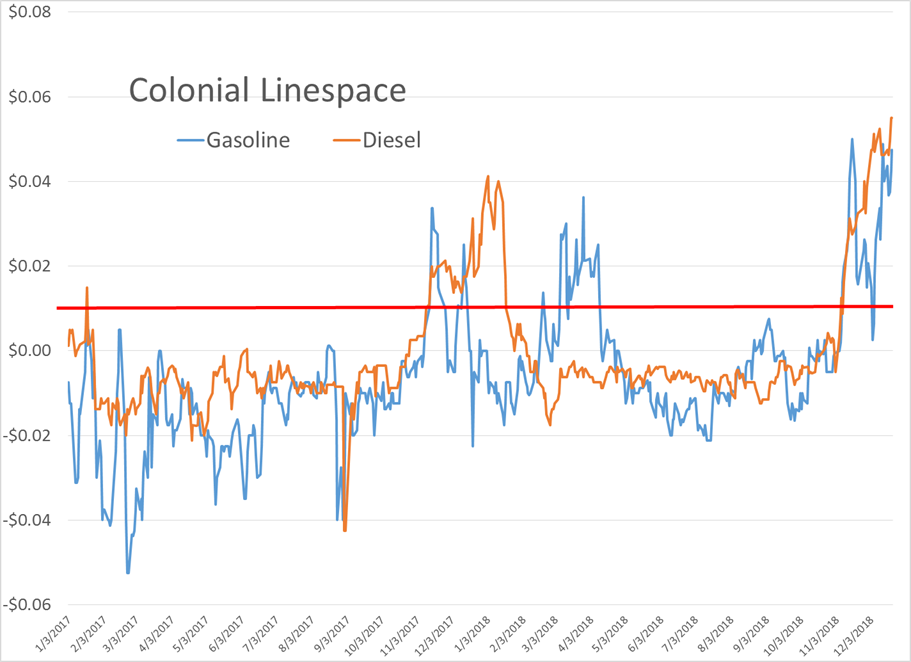