It’s a choppy holiday week for energy prices so far as an overnight rally in gasoline and crude oil wiped out Tuesday’s losses. Inventory reports are delayed a day, and are expected to show some huge swings as the industry continues its slow recovery from Hurricane Ida while keeping a wary eye out for the next storm.

5 of the 9 refineries knocked offline by Ida are in some stage of the restart process this week, but it could be months before some are back fully, and in the case of the Belle Chasse facility, market chatter suggests it may never come back online. The big blow to production is driving a large increase in gasoline imports to the US, with estimates that we’ll see the most deliveries from Europe since the Colonial hack crippled East Coast supplies back in May.

Markets around the world are watching the European Central Bank this week as they debate how to deal with rampant inflation. Record money printing aka stimulus by central banks around the world has pushed stocks in several countries (including the US) to record highs, and there’s more than a little concern as to how the markets will react as those cash infusions come to an end. The correlation between energy and equity markets has weakened in the past few weeks, but the negative relationship with the US Dollar has become more pronounced, making any central bank policy more influential on fuel prices.

Hurricane Larry continues to churn through the Atlantic, but is staying far enough out to sea to only threaten the US with rough seas. Newfoundland could take a direct hit from this storm, but the Come By Chance refinery that is right in the path and used to be an importer of refined products to the US has been shuttered due to economic reasons for years, so there will not be a supply threat from this storm. There’s another system in the Gulf of Mexico given 50% odds of developing, with projections show it moving east towards Florida but potentially bringing heavy rain to the oil infrastructure still trying to recover from Ida. A third potential system is moving off the African coast, with low odds of development given.  We’re just a week away from the peak of the storm season so don’t be surprised to see another storm or two named soon.

A new weight loss strategy? The Financial Times picks up the (renewable) diesel vs donuts debate. 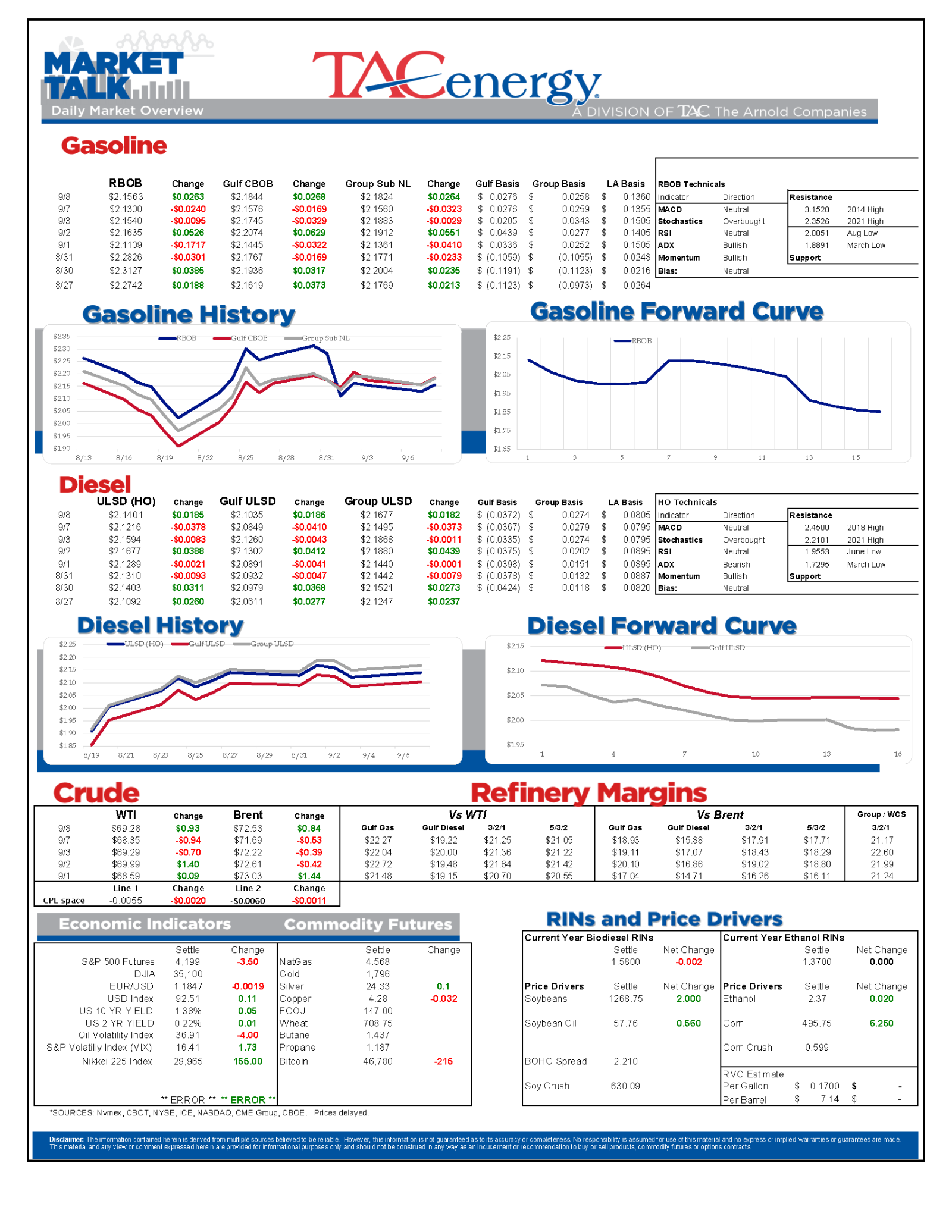 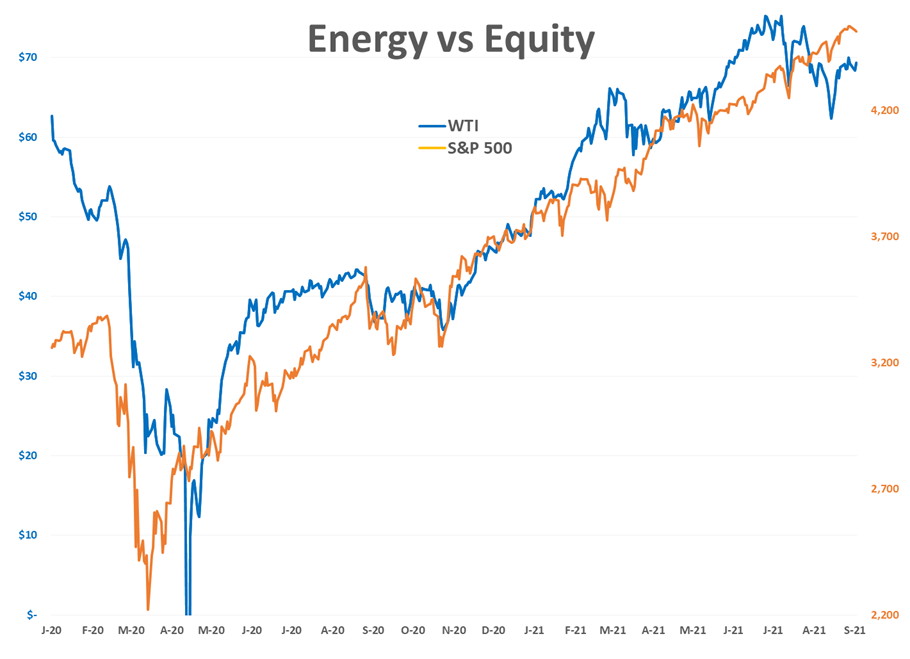 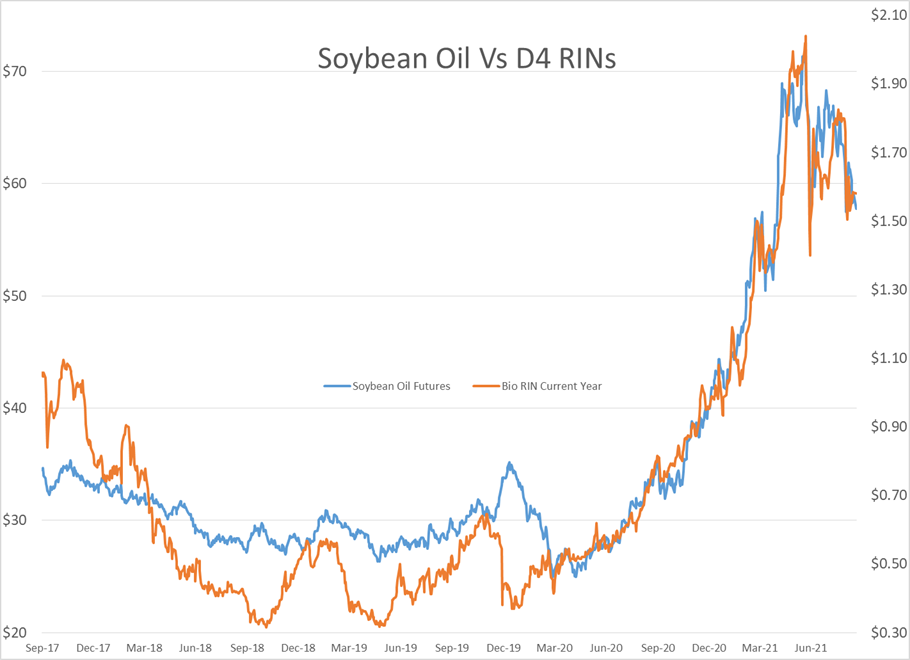