There’s a saying that market-based prices don’t go straight up, but if you just looked at the chart of energy prices over the past several weeks, you might think otherwise. The steady march higher continues this morning as the world remains without a short term solution to the energy supply crunch, and the big 3 NYMEX contracts all reached fresh 7 year highs again overnight, with refined products up 45 cents in the past month, and more than $2/gallon over the past 18 months.

While the bulls clearly have control of this market for a time being, there’s also a saying that energy prices like to take the stairs up and the elevator down, so it would not be surprising to see a big price drop when the upward momentum finally wanes.

(Not) adding fuel to the fire:  The Chinese power shortage was partially blamed for refinery output dropping to a 15 month low, showing how a lack of one fuel can lead to less production of another.  It’s not a completely fair comparison because the country’s quota system on oil imports is also playing a big role, but it is indicative of the challenges faced in the near term as the world tries to get back to normal.

It’s not just fossil fuels that are seeing big rallies. Ethanol prices have been surging alongside gasoline, with spot prices in the New York harbor surpassing the $3 mark last week. Note the unusually large spread between Chicago and New York ethanol prices in the chart below as a sign of the ongoing logistical challenges for delivering fuel via rail and truck around the country.

Not buying it? It wasn’t too surprising to see money managers continue jumping on the petroleum bandwagon last week, adding to their net length in WTI and ULSD contracts. Brent crude meanwhile saw a 9% decrease in the bets on higher prices held by large speculators, which suggests that some of the big money bettors think this rally is getting a overextended.  RBOB contracts saw a small reduction as new shorts were added, which seasonally looks like a solid bet as gasoline demand is heading towards the winter doldrums.

Today’s interesting read:  This WSJ article taking a deeper look at the energy supply crunch and the impacts on both fossil fuels and renewables. 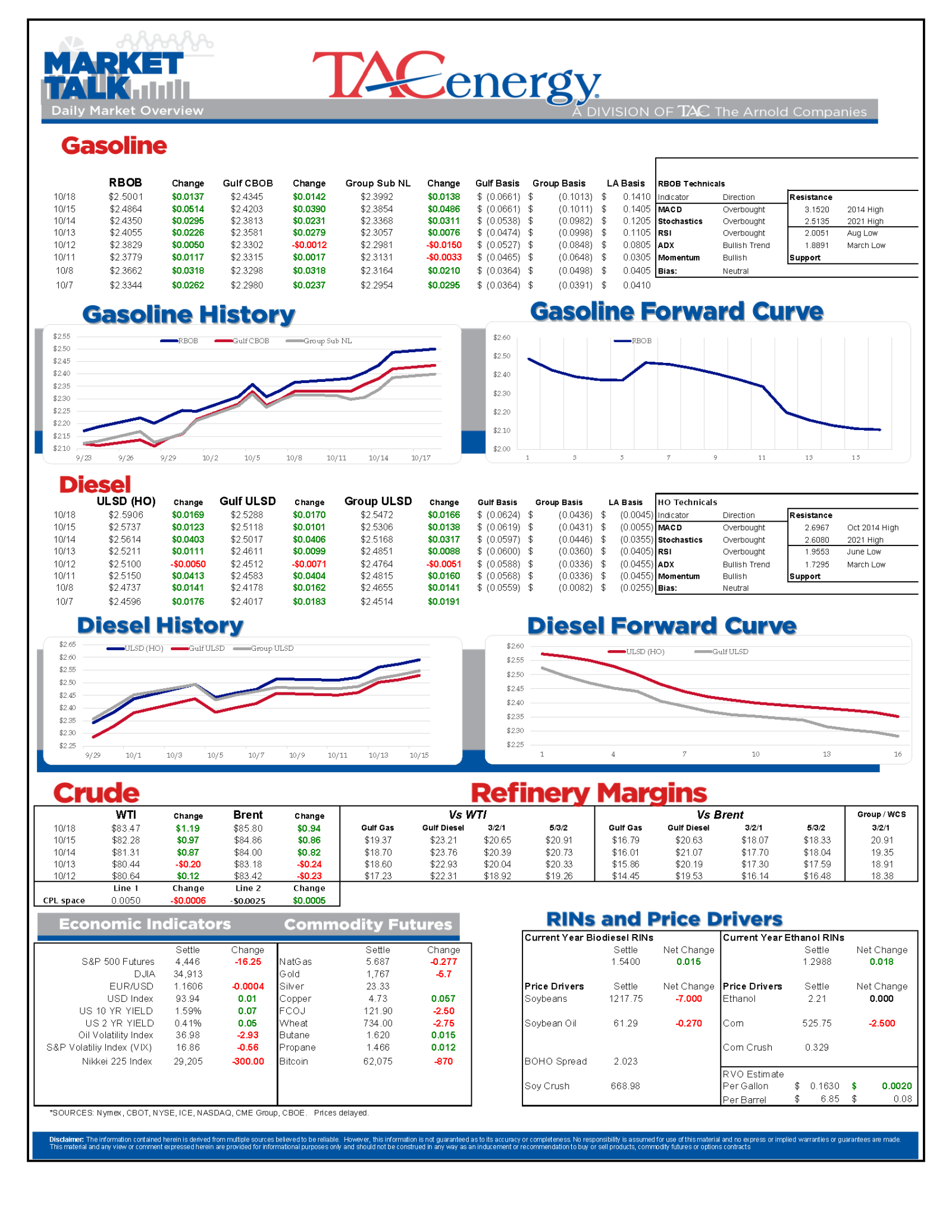 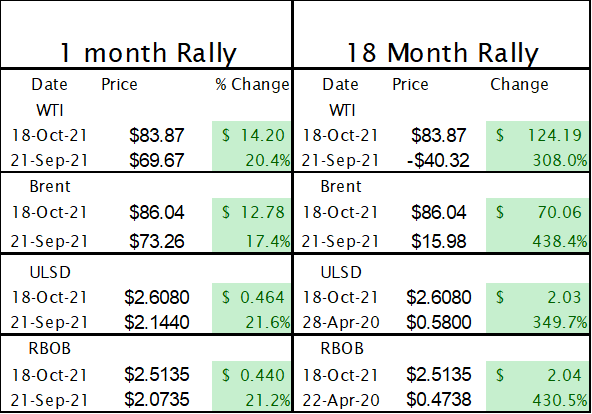 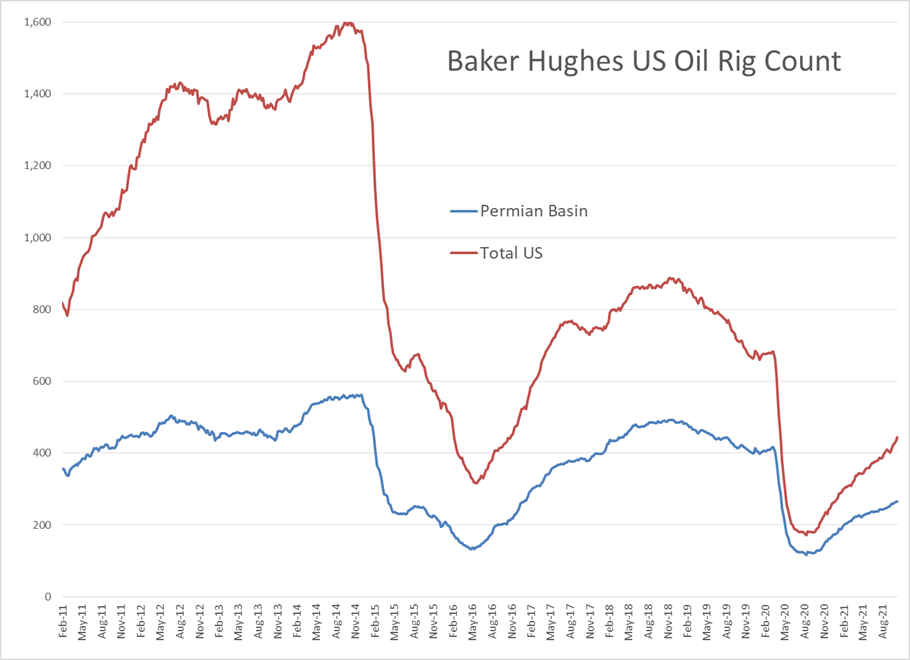