Energy futures are bouncing after another big selloff Monday, as technical support seems to have held once again, and a broader selloff in commodities seems to have cooled down for now. Despite the bounce, charts continue to favor lower prices as the summer winds down.

While the headlines tend to try and blame any big move in prices on some fundamental story, and it’s hard to argue that the Delta variant would do anything besides hurt gasoline demand, we can’t dismiss the idea that part of the latest wave of selling could be tied to expectations that the FED will be forced to tighten up its monetary policy to combat inflation pressures after another strong Jobs report Friday, and other signs of pressure on wages and other costs. That idea certainly caused some big concerns in the Gold market overnight Sunday, and the timing seems to match up with the lows in energy prices, suggesting that fund flows based on the expectation of monetary policy (aka free money) are at least partially to blame for the big moves.

After softening last week, West Coast basis values jumped again Monday following reports of multiple refinery hiccups in the past 2 days. The EIA highlighted the rapid rise in gasoline prices across the US West Coast and Rocky Mountain regions, citing the refinery closures/conversions over the past year and a resurgence in mobility as the driving forces.   Later today we’ll see the agency’s prediction for the future in their monthly Short Term Energy outlook.

Tropical Storm Fred is expected to be named later today, and is on a very similar path to Hurricane Elsa a month ago. The major difference in the path based on the current models is that Fred would pass over the Dominican, which could be good news for Florida as the mountains there are more of a road block to storm than Cuba was for Elsa. The current models do not show Fred becoming a hurricane before hitting Florida this weekend, but the pattern over the past couple years is for these storms to surpass the early estimates for strength. This should not be a major disrupter for energy supply as it’s expected to stay east of the oil production and refining areas, and Florida is awash in product these days as no one who has a choice vacations there in August. 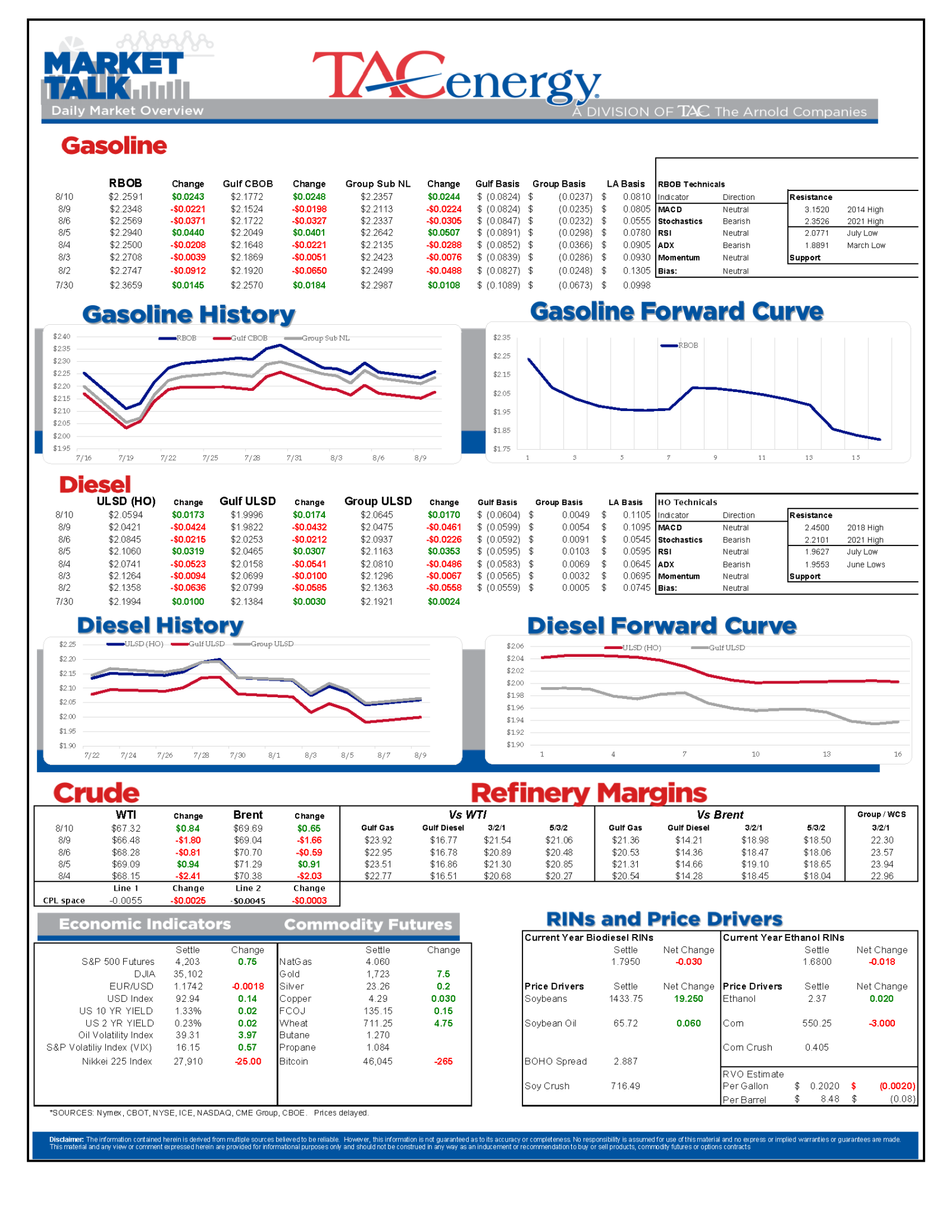 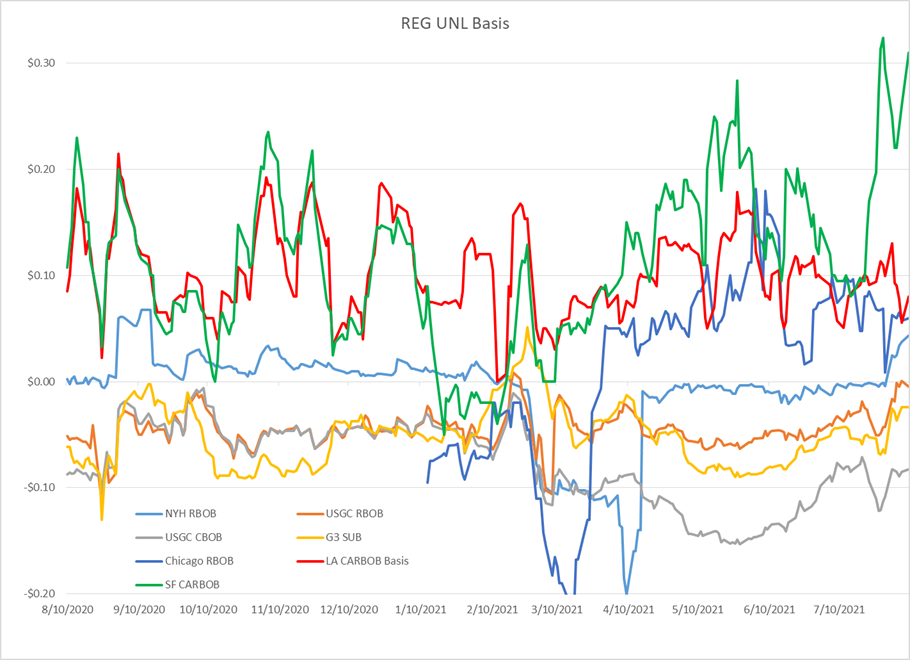 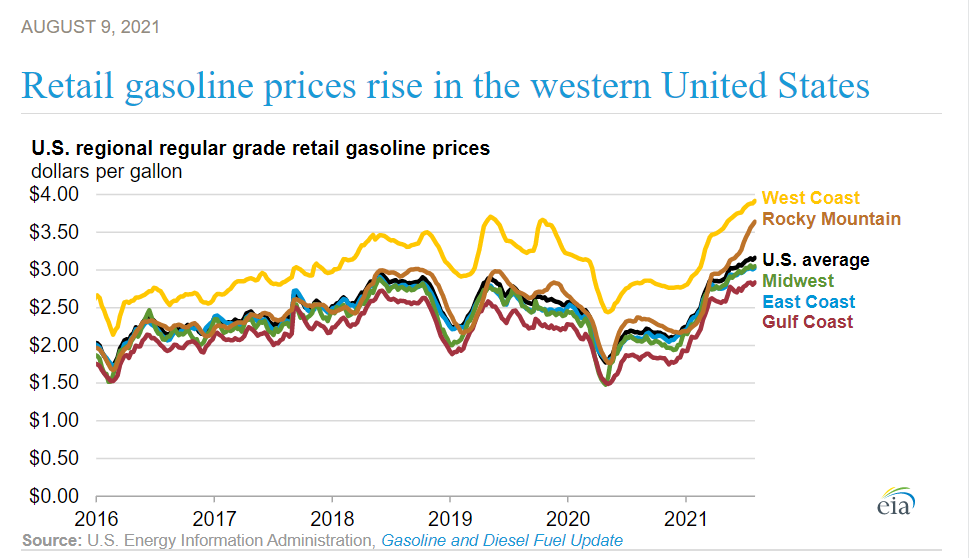