Calm Between Storms For Energy Markets

The calm between storms has set in on energy markets to start Friday’s trading with only fractional moves so far, after a week of mostly heavy selling. The dark cloud of rapidly rising COVID counts continues to hang over markets around the globe, while next week’s election is expected to create even more volatility.

November RBOB and HO contracts expire today, so watch the December contracts (RBZ/HOZ) for price direction today. RBOB futures reached their lowest levels since May during Thursday’s selloff, but held support just above the $1 mark, holding off a technical collapse for now. WTI and ULSD finally found a bid just a few ticks above their June lows meaning the sideways pattern is still hanging on by a thread. If the range finally breaks down, it looks like we’ll see another 10-20 cent drop for products in short order.

Gulf Coast gasoline prices joined the Group 3 market in the under $1 club Thursday. Chicago and NYH prices are just about a nickel away, while West Coast values still have more than a dime to fall before reaching that level. Ethanol prices saw their bubble burst as both corn and gasoline prices have plummeted this week. The upward momentum in RIN values also appears to have stalled out temporarily, with the weaker commodity values and the announcement that there will be one less obligated refinery requiring RINs next year managing to push both D4 and D6 prices back down from multi-year highs.

Big Oil earnings reports for Q3 being released this week are shedding more light on the challenging environment that’s forcing more job cuts, even with oil prices trading north of $40 for most of the quarter. Q4 is looking even worse with the drop in prices the past couple of weeks, and demand forecasts continuing to decline. While most OPEC members don’t release earnings reports like public corporations due, it’s fairly easy to extrapolate that they’re facing similar challenges, which makes the need to extend production cuts clear, although the will to do so from some members is less so.

The parade of hurricanes in the Gulf Coast isn’t helping oil producers as several noted in their earnings reports the reduced output and additional costs of having to shut in and restart production (not to mention shuttling employees to and from the rigs) have happened at the worst possible time.

As the Atlantic Coast dries out from the remnants of Hurricane Zeta today, the NHC is already giving a high probability of another named storm forming over the weekend. The disturbance has 80% odds of becoming the next named storm as it moves into the Caribbean over the next five days, but so far the NHC isn’t publishing a potential path for after it develops. This is close to where both hurricanes Delta and Zeta formed, so another hit to the Gulf Coast is still possible even as we move into the last few weeks of the season.

Another one bites the dust: BP announced it would shut Australia’s largest refinery, converting it to an import terminal, as operating the plant was no longer “economically viable." At 150mb/day, the plant is not large by U.S. refining standards, and won’t be missed in the current environment, but is the latest in a long string of rationalizations globally that’s expected to continue as long as demand is weak. 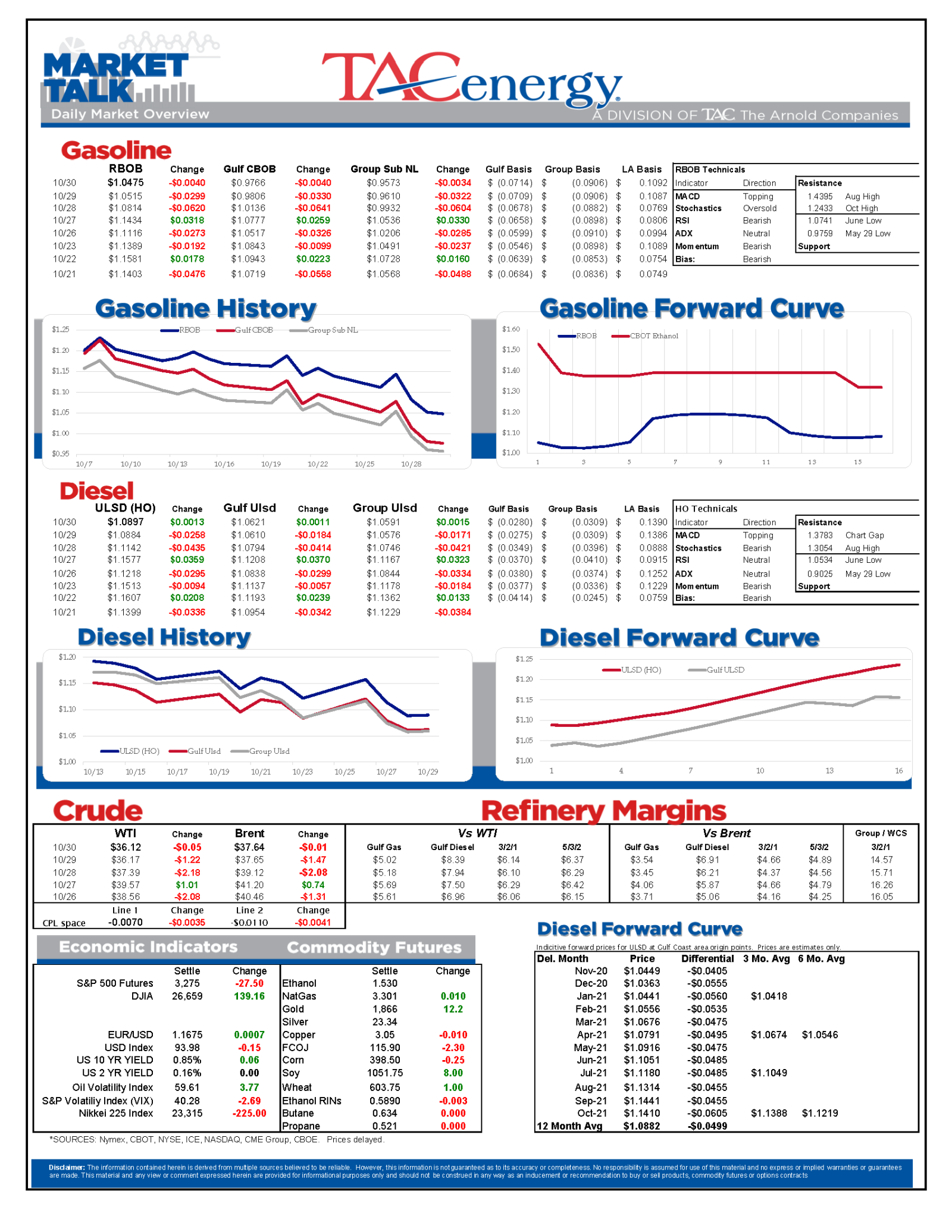 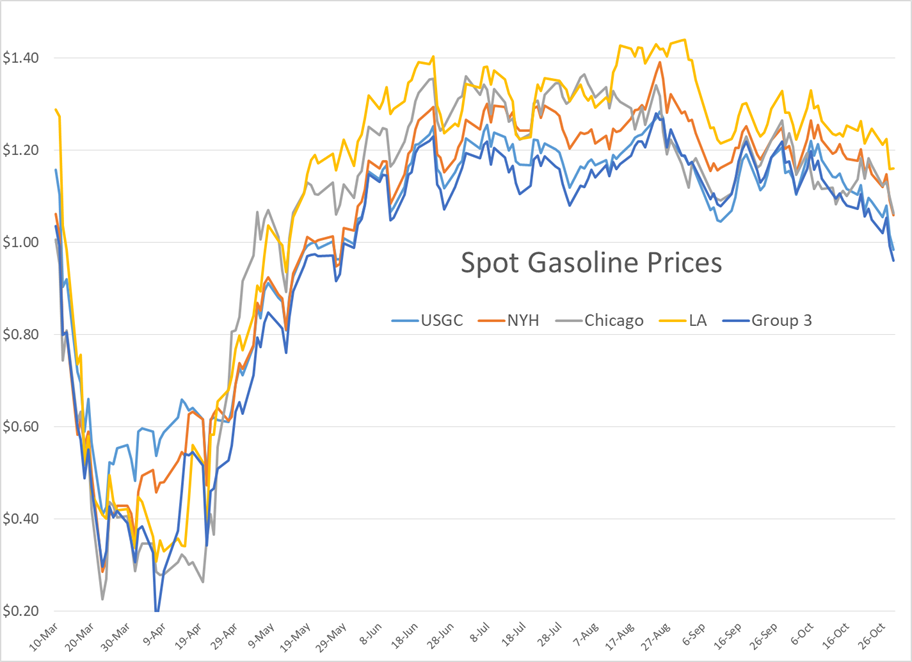